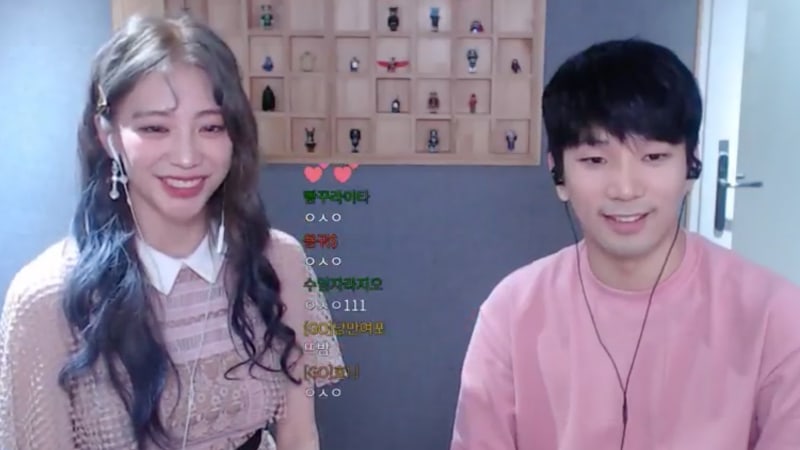 G.O began, “This is my girlfriend” and introduced Choi Ye Seul on the broadcast for the very first time. After greeting the viewers, Choi Ye Seul said, “It’s an honor to appear as the first guest of ‘G.O TV.'” G.O told viewers that she was an actress and explained that she had previously appeared in dramas such as “That Winter, the Wind Blows,” “Angry Mom,” and “My Mom.”

The couple also shared that they’ve been together for 256 days and the story of how they met. Choi Ye Seul said, “I met him while together with my acquaintances and we ended up dating.” G.O added, “At first, we ate with our acquaintances and I began to have good feelings towards her. We contacted each other frequently and saw movies together, and I think my feelings for her naturally grew.” 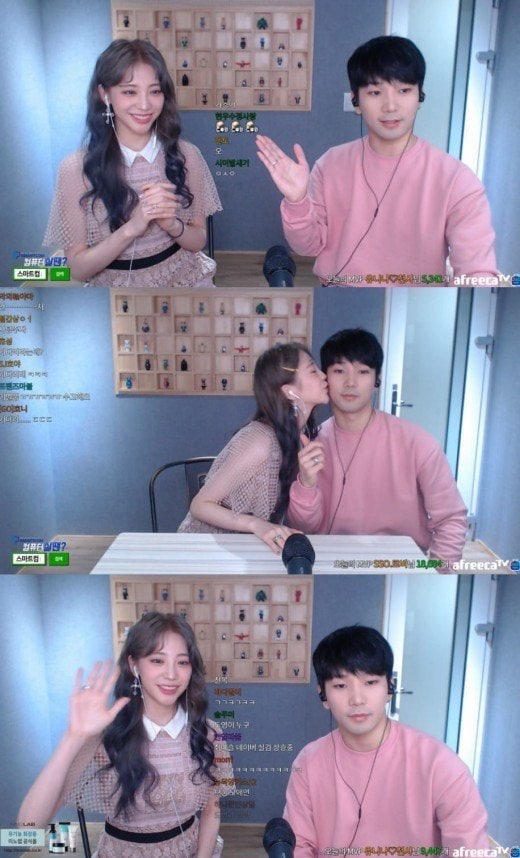 When asked to name a specific reason why she likes her boyfriend, Choi Ye Seul replied, “I like that he adores me. He makes me feel like I’m loved.”

The couple also played a game of “ideal type world cup” and made viewers laugh when they carefully looked at one another while playing the game. Afterward, they kissed each other on the cheek.

To celebrate White Day, G.O gifted Choi Ye Seul with candy in a black plastic bag. After reading the viewers’ comments, Choi Ye Seul pretended to be angry, but gave up and said, “I can’t do it because G.O is cute.” G.O explained, “I didn’t plan any other event. I thought it would be fun, so I prepared the candy this way.”

In January, G.O confirmed that he was dating Choi Ye Seul. Since being discharged from the military, G.O has found success as an internet broadcasting jockey (known as BJs in South Korea).