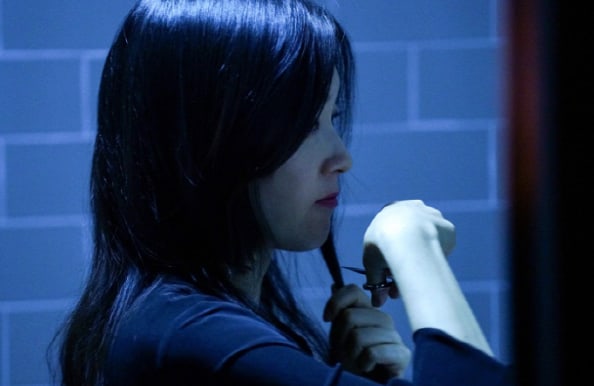 Park Jin Hee replaced Go Hyun Jung after her departure starting on February 14 and appeared for the first time on episode 16. In the final scene in that episode, Park Jin Hee coldly stared at her reflection in the mirror as she cut her long hair. Right after that, she went into a secret room and touched the two bottles of rocuronium, heightening the tense atmosphere of the drama. This strong ending made the viewer ratings shoot up to 20.4 percent.

“Return” has now shared that in that scene, Park Jin Hee didn’t cut a wig but her own hair, which she’s kept long for the past ten years. According to a source on the set, Park Jin Hee stood in front of the mirror, waiting for the director’s sign. Once the signal was given, she started to cut the right side of her hair first. While the camera slowly tilted upwards, she continued to calmly yet daringly cut the left side.

Fortunately, they were able to film the scene in one go, and the director gave his approval right away, which made the production crew sigh in relief. 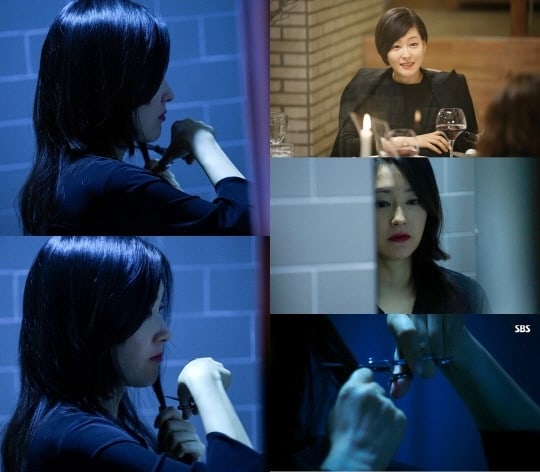 A source from the drama stated, “Everyone was grateful to Park Jin Hee who showed deep emotions with her acting during her entrance as she cut her hair, instead of saying lines. She also made watching the drama interesting for viewers with her great acting after that, including in crying scenes. Please look forward to what kind of role she will be playing in the remaining episodes.”

Watch the latest episode of “Return” below!