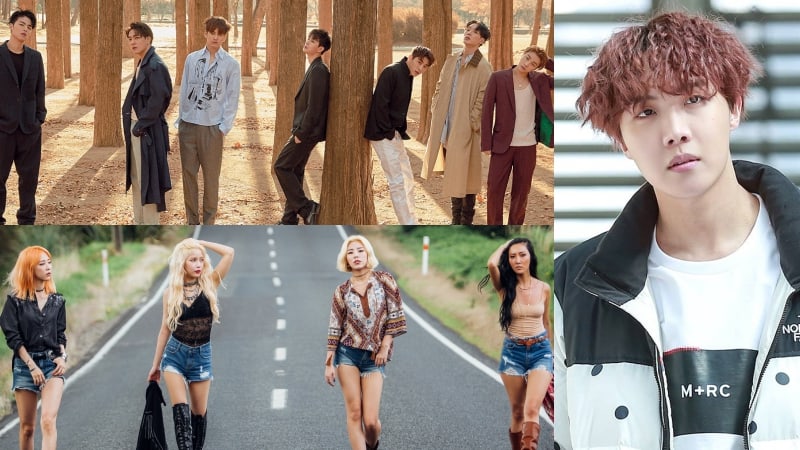 On March 15, Gaon revealed chart results for the week from March 4 through March 10. 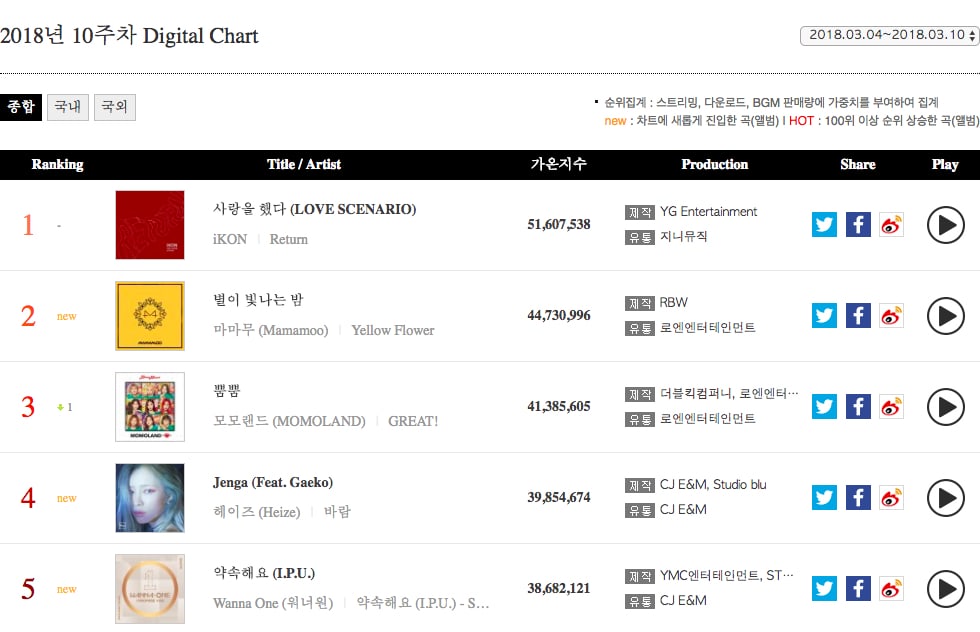 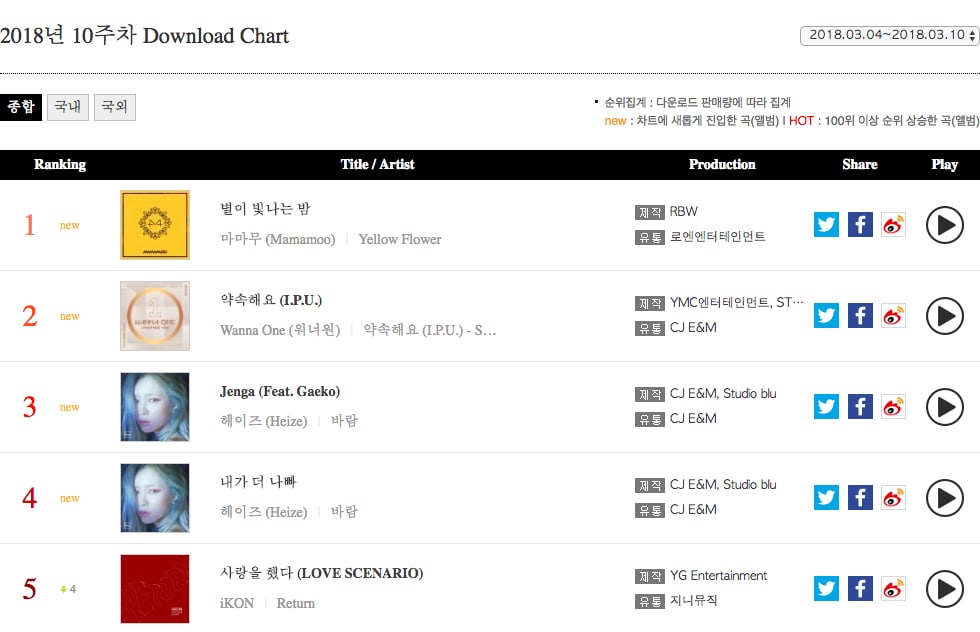 The streaming chart remained the exact same as the previous week. “Love Scenario” is No. 1 and “BBoom BBoom” is No. 2. They are followed by Jang Deok Cheol’s “Good Old Days,” Roy Kim’s “Only Then,” and Red Velvet’s “Bad Boy.” 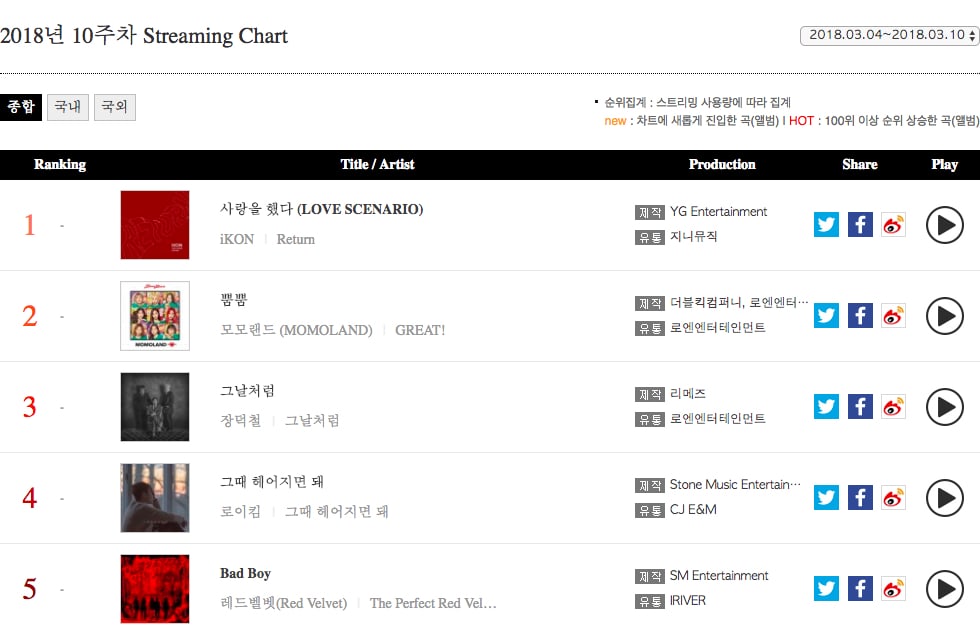 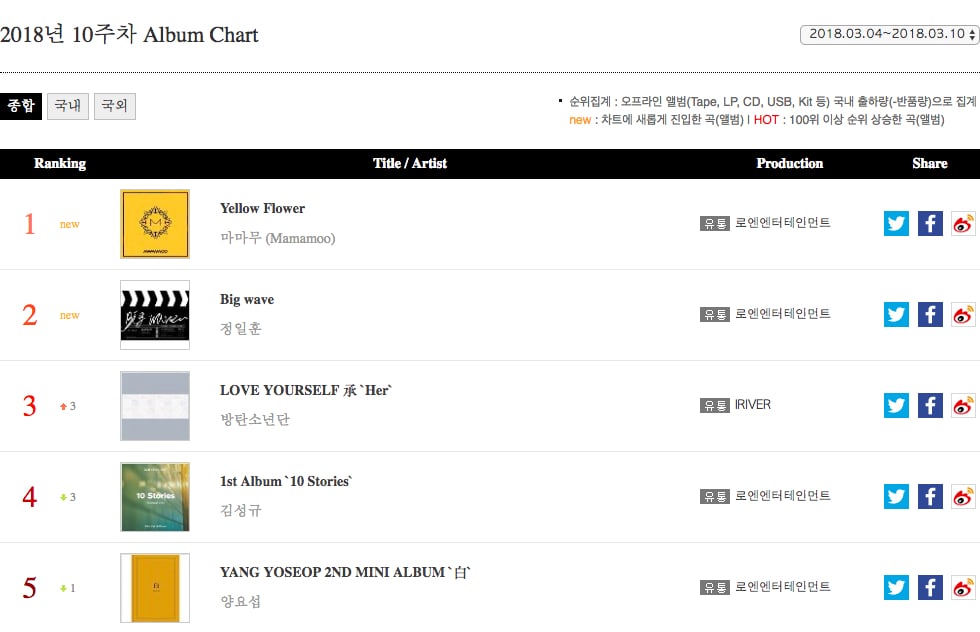 BTS once again showed strength on the social chart, which is a result of data from YouTube, Twitter, and YinYueTai. J-Hope’s “Daydream” topped the chart, and his music video for “Airplane” took fourth. BTS’s “DNA” remained at second, and “MIC Drop” rose to fifth. Wanna One’s “I.P.U.” took third place. 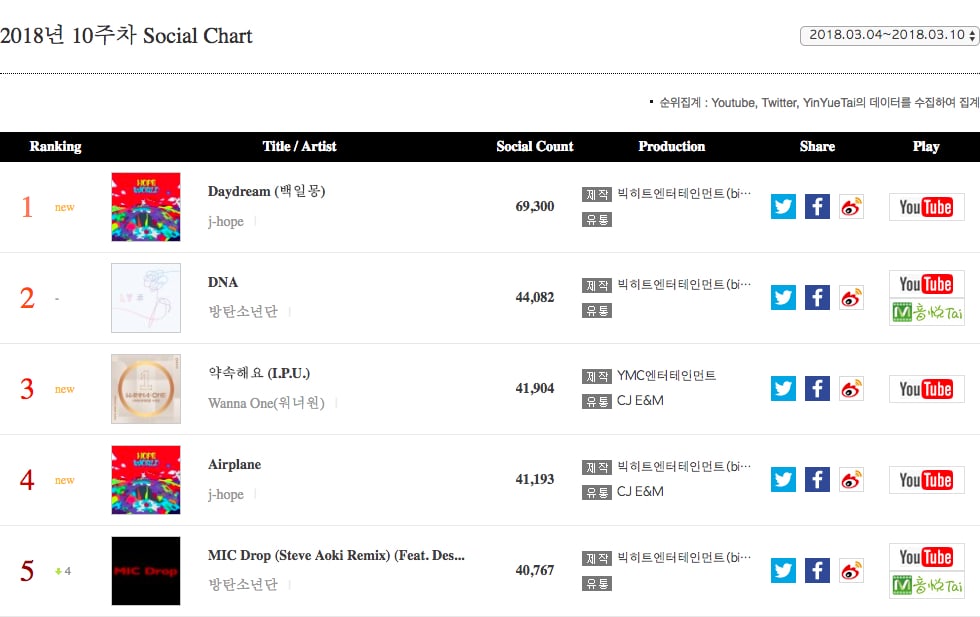