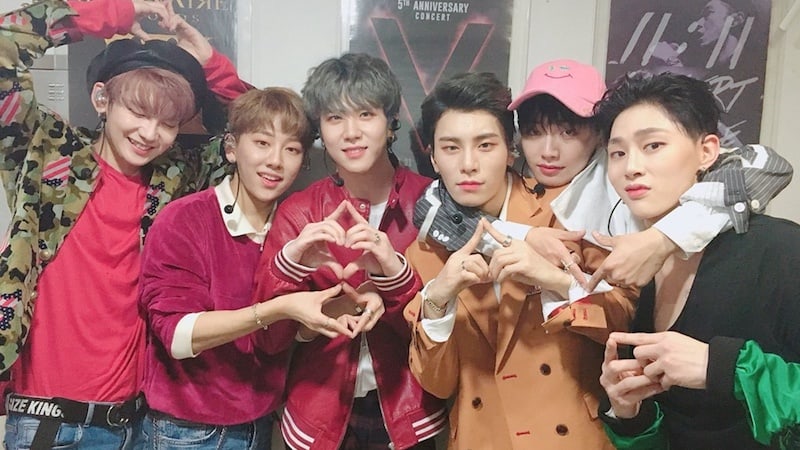 JBJ To Release One More Song Before Concluding Activities

JBJ will be dropping one more song before they end activities as a project group.

On March 16 at 12 a.m. KST, a joint statement was made through the group’s fan cafe. It announced JBJ’s plans for another song release as well as another solo domestic concert.

The statement reads, “We would like to greet all the fans who have supported JBJ with our heads bowed in gratitude. Before the end of the miraculous, seven-month-long schedules, we would like to announce information about JBJ’s upcoming song release in April.

“As soon as they finished promotions for their second mini album ‘True Colors,’ JBJ immediately went into production for their upcoming new release. As of now, they have finished recording and shooting jacket photos. They plan on returning on April 17 with a new song that contains the members’ feelings.

“The members prepared for this new release more sincerely and lovingly than ever before. We ask for your continuing warm support and encouragement for the members, who are preparing a sincere response for all the fans who’ve helped them become the JBJ of today.

“They will also hold a domestic concert in April, and we are planning an official fan meetup. We will reveal more precise details about their concert as soon as we can through an official announcement.

“We would once again like to thank you for the support.”

The JBJ members will be officially concluding their activities as a group on April 30, which is when their contracts are set to end.