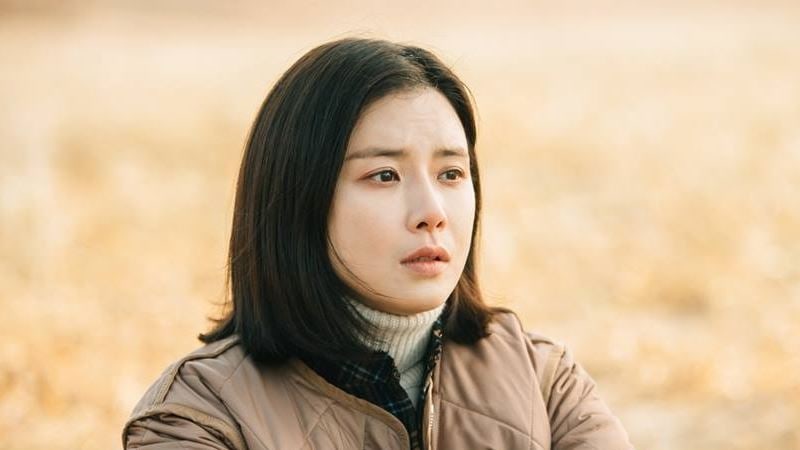 tvN’s “Mother” tells the affectionate story of Kang Soo Jin (played by Lee Bo Young), a teacher who decides to run away with Hye Na (also known as Yoon Bok, played by Heo Yool), an eight-year-old child who was abused at home.

As the drama recently concluded its run, Lee Bo Young sat through an interview and shared her thoughts about acting in it.

When asked what she thought of how the viewers addressing her as a “trustworthy actress,” she responded, “When I first started acting, every single response greatly impacted me. Now, I have passed the phase where I’m vulnerable to such responses, I am no longer emotionally affected.” Lee Bo Young added, “Instead of compliments related to me, I would rather the viewers talk about the drama itself,” citing “Mother” as an example.

Lee Bo Young shared her family’s comments about her acting in “Mother,” mentioning, “My family finds it difficult to see my character, ‘Soo Jin,’ in me. If the drama is too cold or boring, they would do something else while watching it.”

She added, “However, they would watch ‘Mother’ with the lights turned off, fully immersing themselves into the show. My younger brother usually does not send me such text messages, but he suddenly said, ‘I hope you would have a happy ending with Yoon Bok.’ I’m really grateful that he sees my character that way.”

When asked about her husband Ji Sung’s opinion, she shared, “He doesn’t let us speak when we watch the drama. Just a few days back, he posted a good review of the drama on social media instead of speaking to me. He could have told me in person.” Lee Bo Young smiled at her last comment and added, “When the drama ended, he told me that ‘Mother’ brought consolation and healed others, and that I’ve done well.”

She added, “Before I started filming, Ji Sung exclaimed that it will be a melodrama with Yoon Bok. He also finds it new that the drama will focus on the love between two human beings, instead of just the love between a mother and her daughter. The drama also healed Ji Sung in one way or another. In reality, there are many who have been mistreated by their parents, and many who have their concerns about being a mother; they would be able to relate [to the drama].”

When asked about her child’s opinion, Lee Bo Young mentioned, “My daughter is too young to recognize me [in the drama], but she threw tantrums. We would have video calls as I was usually not around, and she would get mad at me. A couple of times when things got out of hand, she would visit the set. I had to ask for her understanding as I was working. However, she would notice her own mother hugging an older child, and that child would address me as ‘Mother.’ As a result, sometimes when we are having video calls, she would ask to speak to that unni (older sister).”

Watch the latest episode of “Mother” on Viki below!

Ji Sung
Lee Bo Young
Mother
How does this article make you feel?