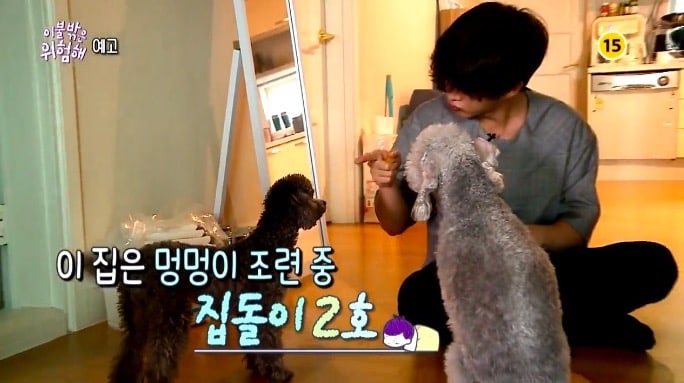 Watch: “It’s Dangerous Beyond The Blankets” Gives A Glimpse Of Four Housemates In New Teaser

MBC’s “It’s Dangerous Beyond the Blankets” has released its first teaser!

Viewers are given a peek at four roommates preparing to leave their homes in the clip. The first roommate, actor Lee Yi Kyung, tries to pack, but gets distracted by his cat Lucky. The second roommate also has trouble leaving his pets behind. Actor Kim Min Suk kisses his two dogs goodbye before packing up some of his favorite things.

The third roommate looks at the weather forecast and tries on a mask that his mom bought him. He successfully hides his face behind his mask and laptop throughout the teaser.

The fourth roommate swivels around in his chair and says, “I’m currently the main MC of ‘It’s Dangerous Beyond the Blankets.'” It’s Wanna One’s Kang Daniel, who walks around his room packing and talking excitedly about how there will be no bugs because of the cool weather.

So far, Kang Daniel and EXO’s Xiumin, who previously appeared in the original pilot, have confirmed their appearance in the regular program. They will be joined by new members including iKON’s Junhoe, Kim Min Suk, Lee Yi Kyung, and Lee Pil Mo.

“It’s Dangerous Beyond the Blankets” will air sometime in April. Watch the pilot episodes now!

Wanna One
Kim Min Seok
Lee Yi Kyung
Kang Daniel
It's Dangerous Beyond the Blankets
How does this article make you feel?