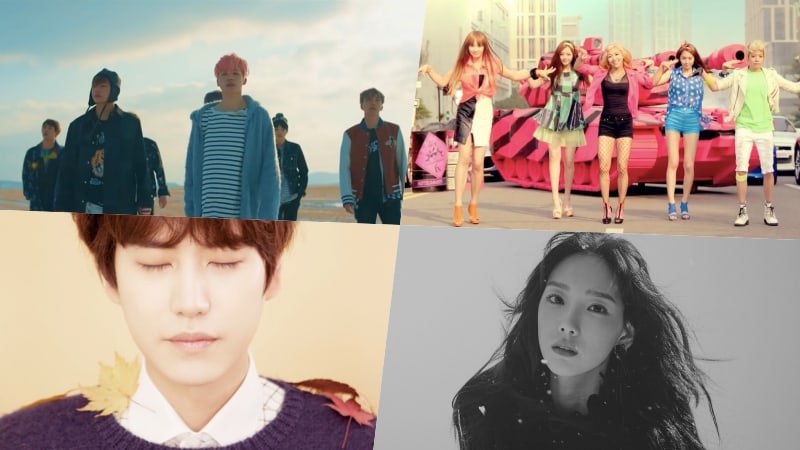 An Analyst Looked For The Most Popular Words And Seasons In Korean Songs: Here’s What He Found

A study of over 26,000 Korean songs has shown which seasons and other words most commonly appear in lyrics!

Korean literature professor Han Sung Woo from Inha University recently published a book entitled “The Language of Songs,” in which he shares the results of his study on the most common words in popular Korean music.

He conducted his analysis by looking at 26,250 well-known songs. His first way of compiling songs to study was using lists of karaoke tracks, since finding their lyrics would be relatively easy and they’re also songs beloved by Koreans. He added songs released during the Japanese colonial period, as well as those published in a collection from the 1980s.

One thing he was curious to find out through his research was which season of the year came up the most in Korean song lyrics.

He also found the most common words overall in popular music. The word “I” (na — 나) appeared the most with 229,272 usages, and “you” (neo — 너) was next with 128,781. The syllable “geot” (것) appears in many grammatical structures and is a common component of sentences in Korean, and it was the third most common with 85,425 appearances.

“Love” (sarang — 사랑) came in fourth place with 82,782 usages in the songs. In fifth was another word for “you” (geudae — 그대), which is commonly used in popular songs as a poetic or romantic way to refer to another person, and it was used 41,455 times.

Han Sung Woo noted in his book that Korean songs are therefore often a love confession, written from a first-person point of view directly to someone else — the second person “you.”

Have you noticed other recurring themes in K-pop songs?