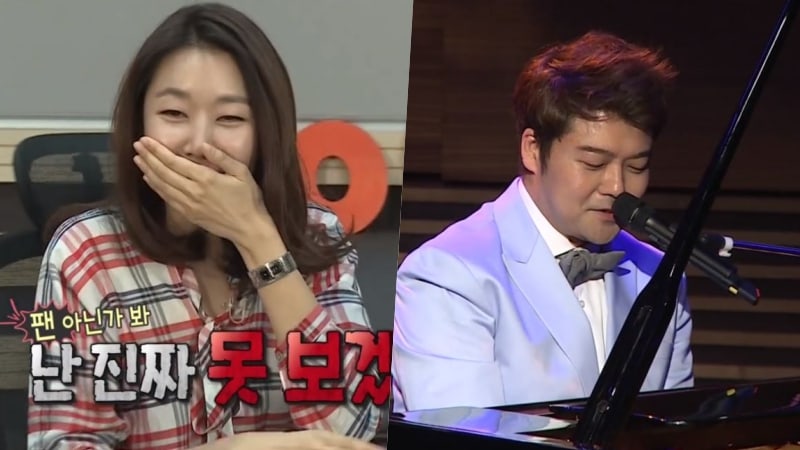 On the March 16 episode of MBC’s “I Live Alone,” the cast members watched as Jun Hyun Moo held his first fan meeting.

The fan meeting was to commemorate his Daesang win at the 2017 MBC Entertainment Awards. He had been worried that not a single fan would show up, but thankfully, many did.

He expressed to his fans, “Thank you so much. I feel more responsibility now.” When Park Na Rae guessed that around 60 people had attended, Jun Hyun Moo protested, “It was 80 people. The MBC staff and producers there filming for the show are all my fans.” Han Hye Jin shot him down and commented, “What are you saying, you must be crazy.” 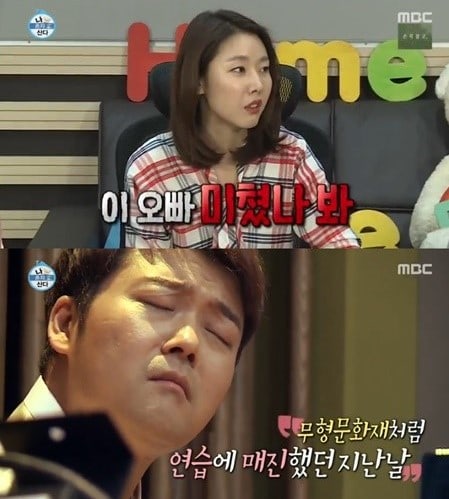 Wanting to do something special for his fans, Jun Hyun Moo revealed that he had learned how to play piano from the famous pianist Yiruma. Many of his fans eagerly took out their phones to record the moment as Jun Hyun Moo began to perform the song “City of Stars” from the film “La La Land.”

From the very first line, however, his voice cracked. He continued to play brokenly while singing out of tune, but he kept playing through his mistakes. His fans cheered and applauded, but Han Hye Jin appeared shocked from his bad playing and hilariously commented, “I really can’t watch this.” 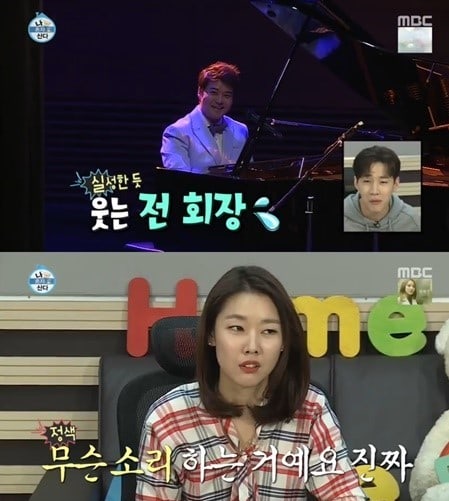 After his performance, Jun Hyun Moo answered some questions from fans. The fan meeting actually took place before the news broke out about his relationship with Han Hye Jin, but a question about the model arose.

One fan asked, “Do you have a thing with Han Hye Jin?” Jun Hyun Moo didn’t answer right away, but he eventually responded, “She’s out of my league.” 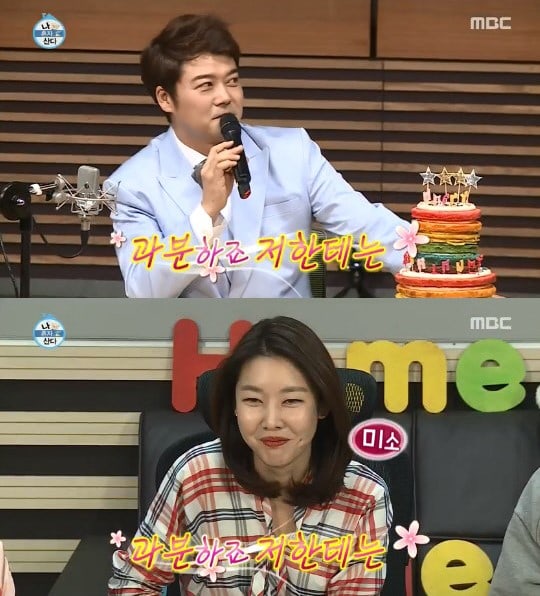 If you haven’t already, watch the latest episode of the show below!