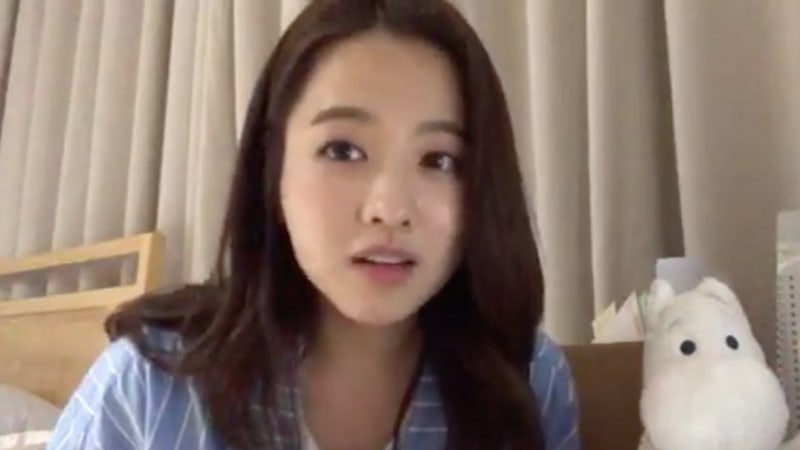 During a recent Naver V Live broadcast, actress Park Bo Young warned that she was was ready to take strong legal action against malicious commenters.

On March 16, Park Bo Young held a live broadcast to communicate with her fans. The actress asked fans for their input on what kind of roles she should play in the future and mentioned that she was uncertain whether she’d be able to hold a fan meeting within the year, as she’d originally hoped.

Park Bo Young also revealed that she would not be accepting fan gifts in the future. She told her fans, “From now on, please only send me your love. You don’t need to send me gifts. You’ve already sent me more than enough gifts for a lifetime. I want to use all of them, but there are too many.”

Later on in the broadcast, when her fans began to voice their concerns about the inappropriate messages being written by malicious commenters, Park Bo Young told them, “Don’t worry about the people who keep writing strange things [in the comments]. If it becomes too excessive, there’s no choice but to report them.”

She then went on to take a strong stance against all malicious commenters, declaring, “This is the first and last time I’m going to say this. I know the people who have been personally attacking me and going too far with sexual [comments] about me online. Please stop. If you continue, I’m really going to call the Cyber Investigation Department, so please, please stop.”

The actress continued, “I’ve been seeing sexual insults and swear words that are too extreme. I’m really saying this for the first and last time, and I won’t bring it up again. I’ve been holding this in for a long time now, so if I go through with this, I won’t be merciful.”

Park Bo Young also mentioned that her agency had already suggested that she take legal action. “My agency has been talking about it,” she said. “My mom and dad search my name online, so please stop upsetting them. This is real. I mean it.”