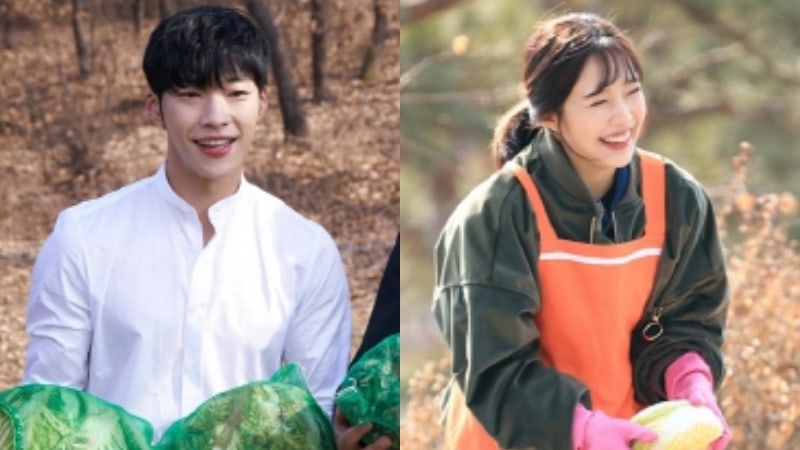 MBC’s new drama “Tempted” has released stills of Red Velvet’s Joy and Woo Do Hwan from the show’s upcoming episode!

On the latest episode of “Tempted,” Kwon Shi Hyun (played by Woo Do Hwan) and his soon-to-be step-sister Choi Soo Ji (played by Moon Ga Young) made a bet and officially started their game of seduction. In response to Kwon Shi Hyun’s proposal that they get married, Choi Soo Ji dared him to seduce Eun Tae Hee (played by Joy). However, Eun Tae Hee, who mistakenly believes that her best friend Gyung Joo (played by Jung Ha Dam) has a crush on Kwon Shi Hyun, is carefully keeping him at a distance.

The new stills show Kwon Shi Hyun trying to win over “volunteer queen” Eun Tae Hee by joining her in a kimchi-making community service project. Joy looks prepared for the job, wearing an apron and gloves, while Woo Do Hwan looks a bit out of place in his dandy attire.

A source from the drama said, “Woo Do Hwan is planning to use all of his powers to win Joy’s heart. While the first week of the show entertained with a shocking, scandalous story, the upcoming broadcast will make [viewers’] hearts flutter as Woo Do Hwan and Joy officially begin their push-and-pull romance. Please look forward to their tug-of-war.” 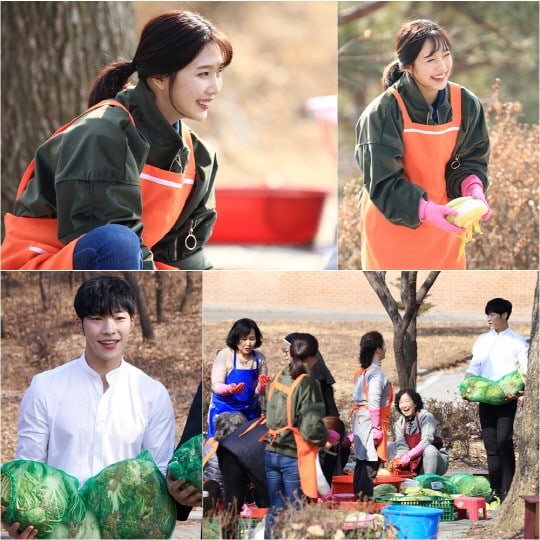 Will Woo Do Hwan succeed at winning Eun Tae Hee’s heart and this twisted game of seduction? Find out by watching the next episode of “Tempted,” which airs on March 19 at 10 p.m. KST.