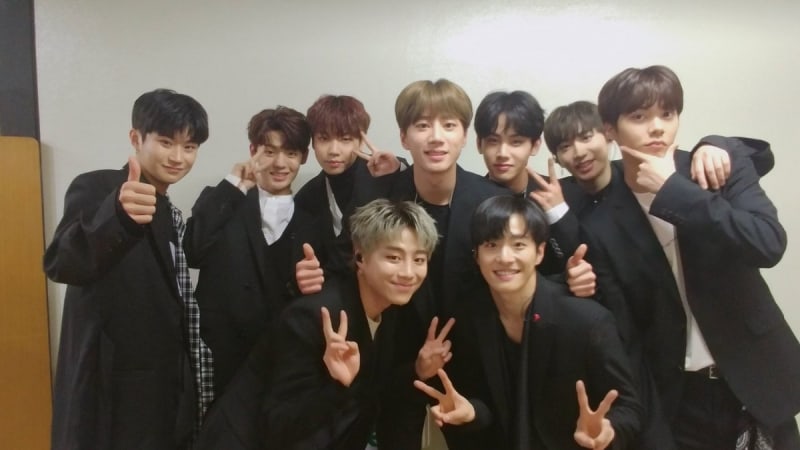 UNB, the male project group formed on “The Unit,” performed on KBS 2TV’s “Immortal Songs” for the first time!

The March 17 episode of the singing competition celebrated songs written by Jang Kyung Soo. Before introducing UNB, MC Shin Dong Yup described the group as singers who had achieved their dream and moved viewers with their efforts. He also mentioned that the group’s recent fan meeting had sold out within a short period of time.

While backstage, the MCs asked UNB if they had good teamwork despite coming from different groups and agencies. Euijin answered, “It’s impossible for us to not have good teamwork, because we’re the nine people that survived after going through an intense survival program. We saw how difficult it was for one another.”

Euijin also mentioned that his parents were happy that the group was appearing on a well-known program, giving him another reason for wanting to put on a great performance.

UNB then performed their rendition of Yoo Mi Ri’s “The Note of Youth,” emphasizing the three themes of discouragement, effort, and dreams.

Check out the clips of UNB below!

Immortal Songs
The Unit
UNB
How does this article make you feel?