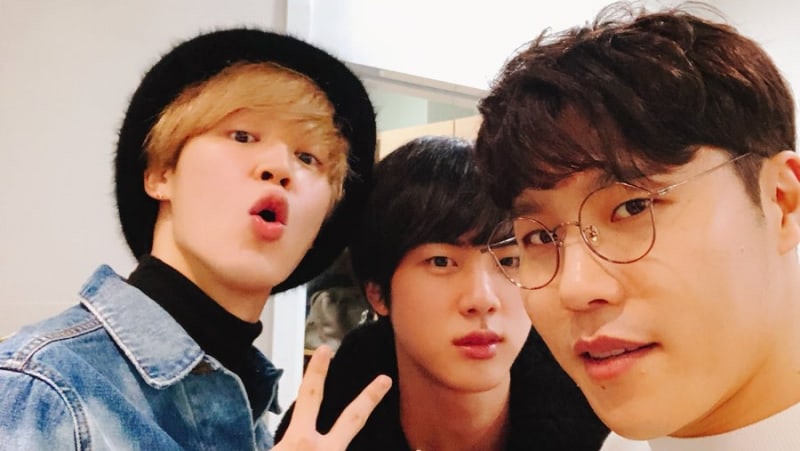 BTS has released a sweet video of Jimin and Jin surprising labelmate Lee Hyun for his recent comeback!

The new clip shows Jimin and Jin arriving at Lee Hyun’s waiting room with a celebratory cake and a piece of paper that says, “Lee Hyun is an idol too.” Jin proudly tells Lee Hyun, “Look at this [message], hyung. I’ve been preparing this since yesterday.”

After serenading him with a congratulatory song, the BTS members urge their labelmate to take a bite of the cake they brought. When Lee Hyun points out that they have no utensils to eat with, they decide to eat some of the cake’s edible decorations instead. 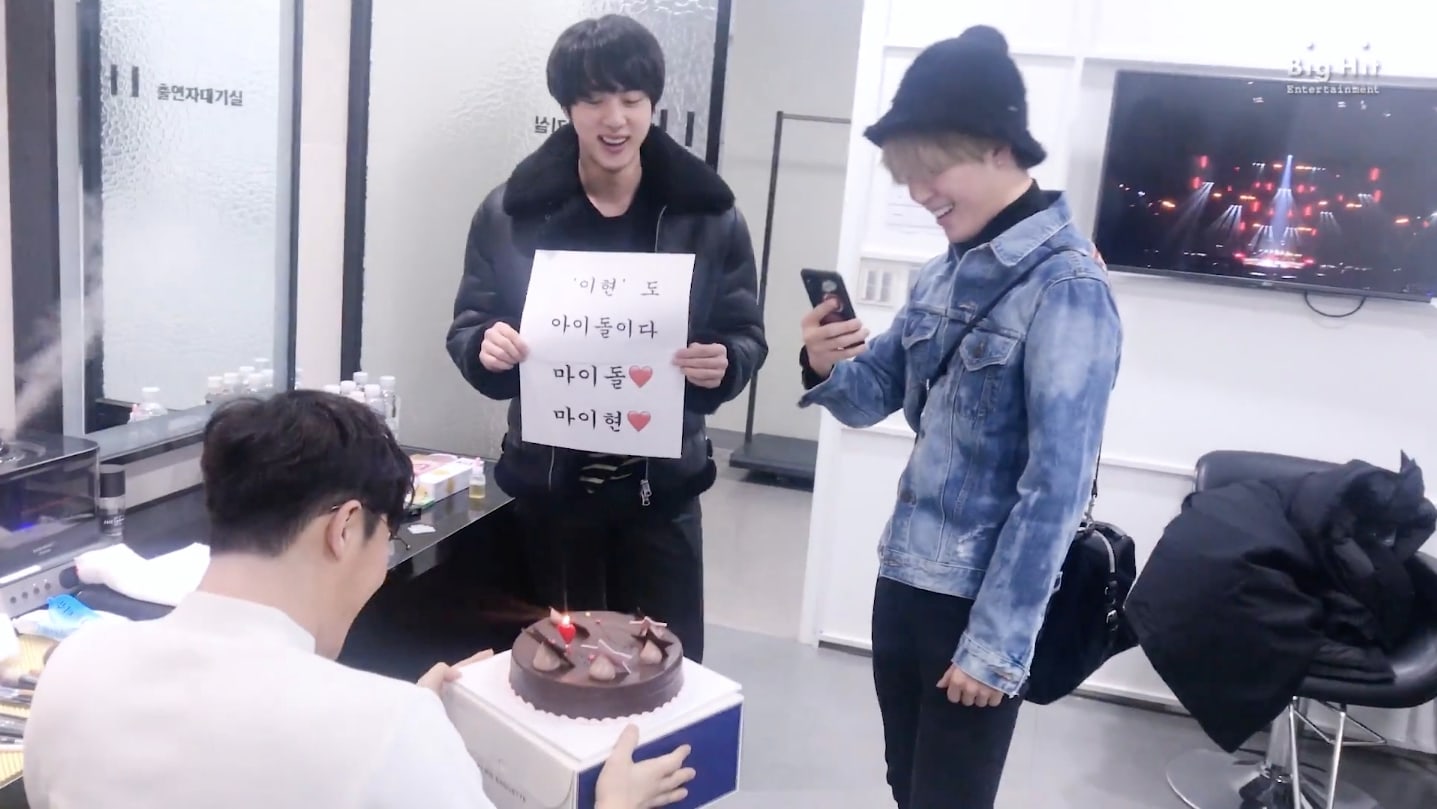 The three singers also joke about the fact that they happened to run into one another at a nearby restaurant on their way to the broadcast station, nearly ruining Jimin and Jin’s surprise. However, Lee Hyun reassures them, “I really thought you were just there for a meal.”

Although the BTS members are unable to stick around for his performance, Jin attempts to express his affection by applying blush to Lee Hyun’s face before they leave. 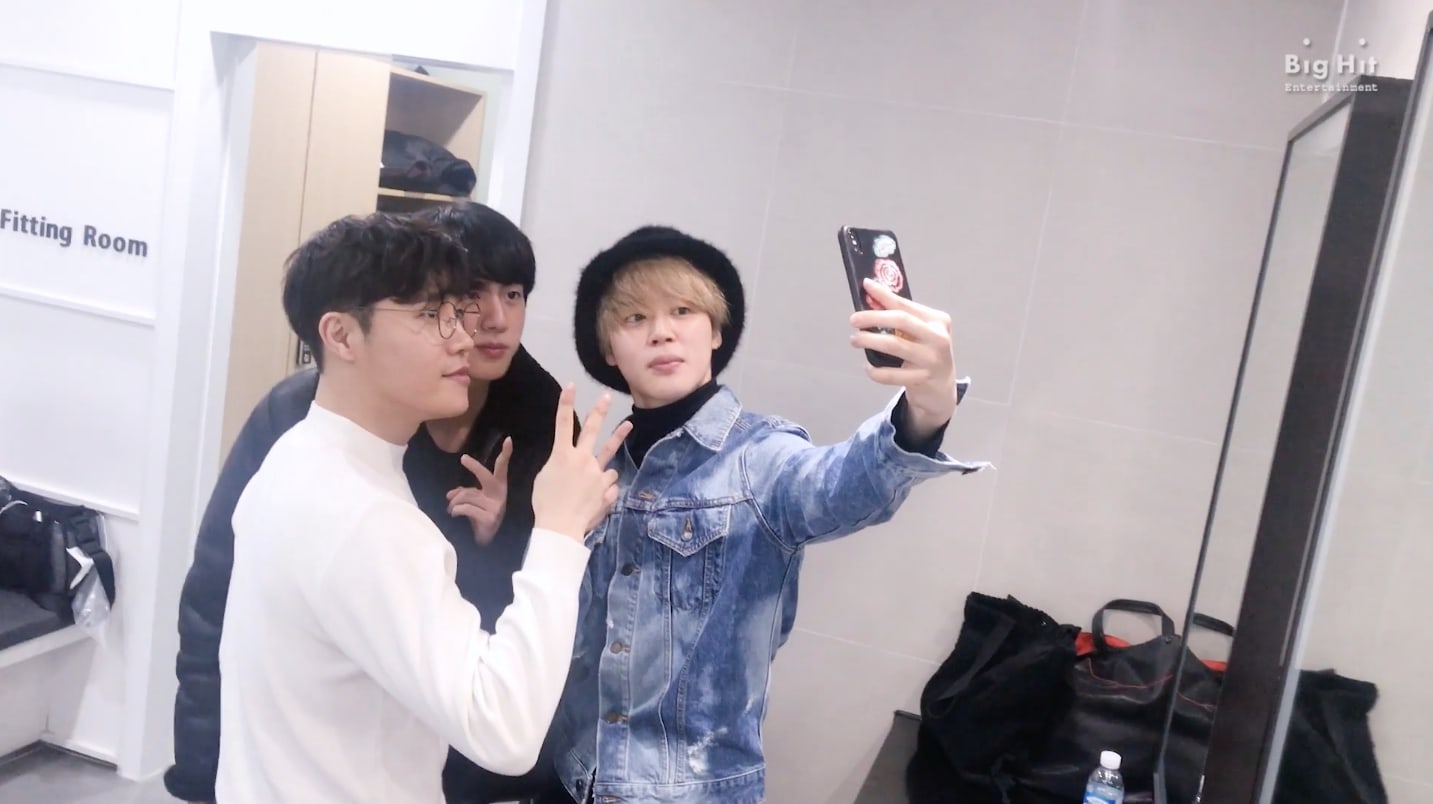 Check out the cute clip below!

BTS
Jin
Lee Hyun
Jimin
How does this article make you feel?