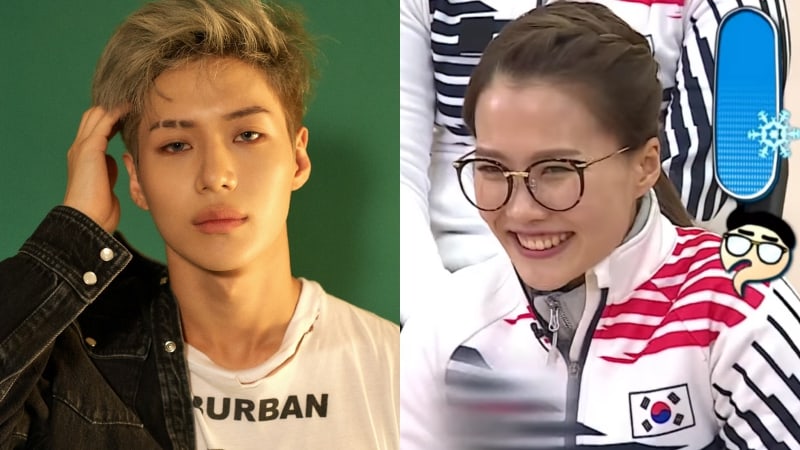 On the March 17 episode, the five curlers and their coach came on the show after accepting a challenge from the cast members of the variety show.

During the talking segment, “Infinite Challenge” surprised the athletes with phone calls from their favorite celebrities. SHINee member Taemin called into the show to talk to Kim Eun Jung, who is a well-known, longtime fan of the singer.

Kim Eun Jung recognized his voice right away before he even introduced himself, and shyly covered her face while laughing. When Yoo Jae Suk said, “There’s a longtime fan of yours here,” Taemin knew immediately who he was referring to and called Kim Eun Jung by her nickname “Glasses sunbae.” 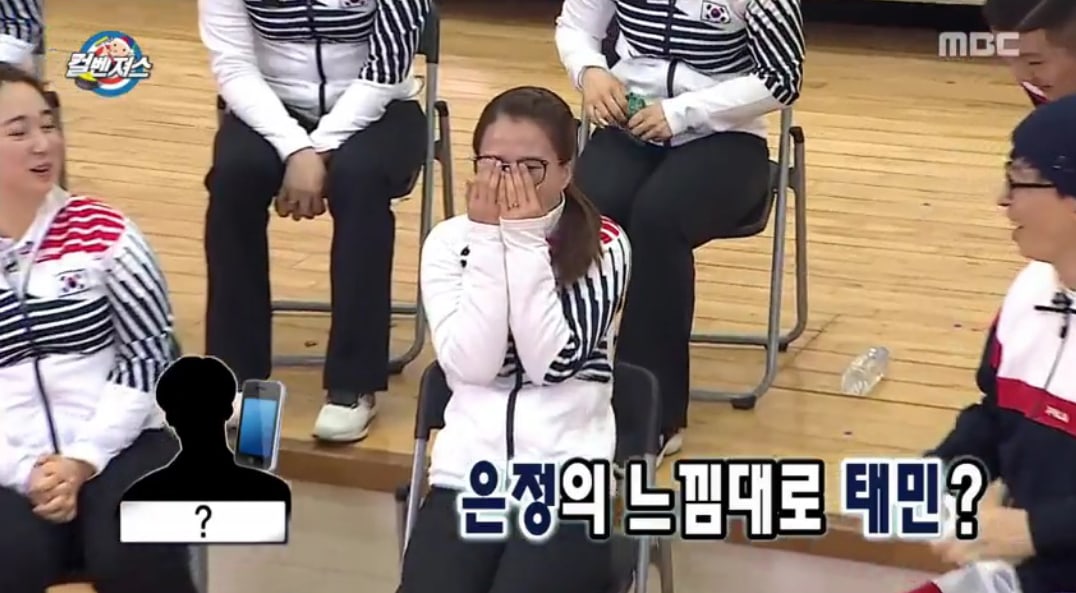 The MC asked, “Did you know that she’s a fan of yours?” and Taemin replied, “Are you sure? Because I’m a bigger fan of you!”

Taemin stated, “It’s an honor to be able to speak to you on the phone,” and she echoed the same sentiments. He also exchanged greetings with the other curlers who introduced themselves as Kim Eun Jung’s friend, junior, or team coach.

The SHINee member had a request for Kim Eun Jung and asked her to say his name in the same way she yelled “Young Mi” during the curling team’s Olympic matches. She happily obliged and shouted, “Taemin, Taemin, Taemin. You have to come!”

When the other curlers laughed in embarrassment at what she said, Kim Eun Jung explained that she usually says, “You have to go” to her teammates, but she couldn’t bear to send her favorite idol away. 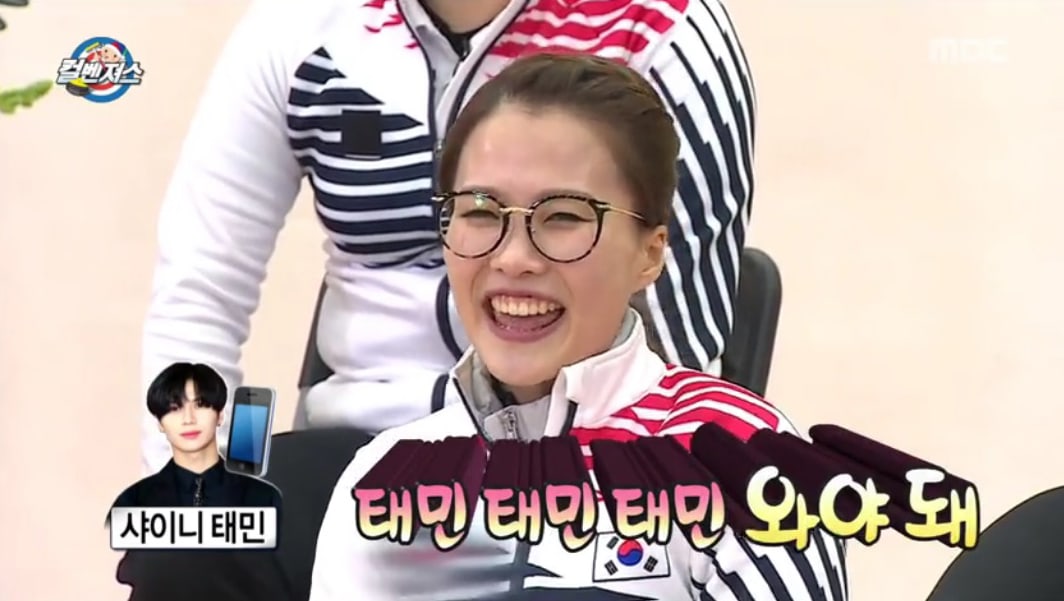