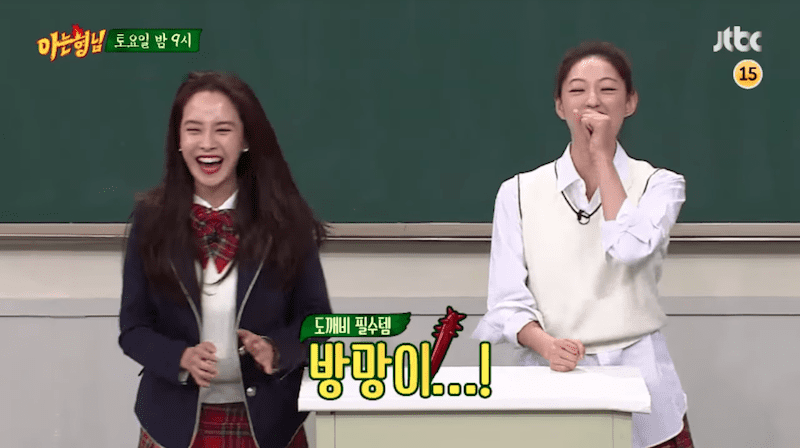 Watch: Song Ji Hyo And Lee El Leaves “Ask Us Anything” Cast At A Lost For Words In New Preview

The cast of JTBC’s “Ask Us Anything” weren’t prepared for Song Ji Hyo and Lee El!

In a preview of the upcoming episode, the actresses fluster the cast members in different ways.

As she has worked with Yoo Jae Suk on “Running Man” for over seven years, Song Ji Hyo teases Kang Ho Dong and asks if he was actually a part of Yoo Jae Suk’s “line” like her instead of his own “Kang-line.” She jokes, “Give me a cell phone so I can call Yoo Jae Suk.” At the request of the “Ask Us Anything” cast members, the actress also demonstrates just how painful her slaps can be.

After Lee El shyly introduces herself, Kang Ho Dong insists, “‘Goblin‘! I saw in you ‘Goblin.'” She also makes Kim Young Chul flustered when she looks at him and unexpectedly says, “I like you.”

The full episode will air on March 24 at 9 p.m. KST. Check out the preview below!