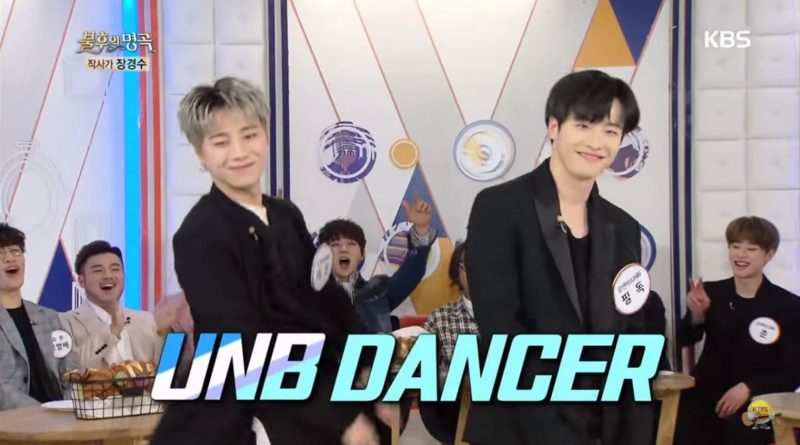 Watch: UNB’s Euijin And Feeldog Impress Once Again With Their Dance Moves

UNB, a project group formed on “The Unit,” appeared on “Immortal Songs 2” for the very first time during the March 17 broadcast!

Not only did UNB put on a fabulous performance, but fellow members Euijin and Feeldog also participated in a brief and friendly dance-off during the episode.

MC Hwang Chi Yeol introduced the group, and commented that the group was known for their dance skills. UNB then showed off the choreography to “Dancing with the Devil.”

As one of he was one of their vocal mentors on “The Unit,” Hwang Chi Yeol continued to share, “From the group, there are two that are really good at dancing, and they were rivals. Feeldog and Euijin!” The two members danced together, showing off their incredible moves as well as teamwork.

Watch their dancing below!

FeelDog
Euijin (BIGFLO)
UNB
Immortal Songs 2
How does this article make you feel?