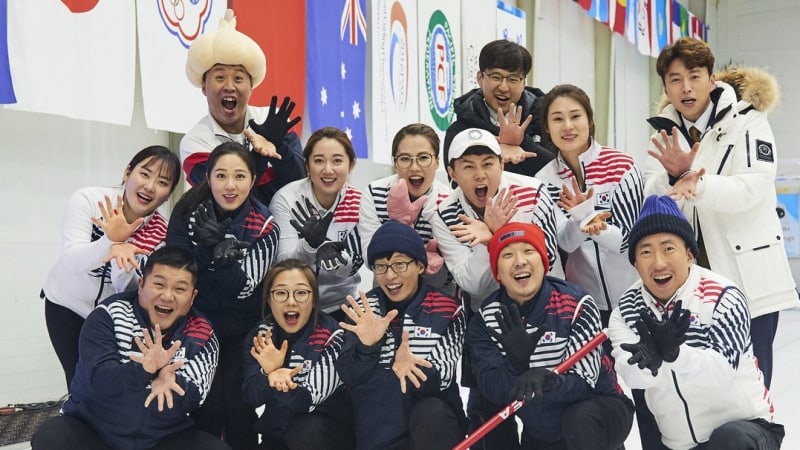 The March 17 broadcast of the variety show featured a special appearance by the South Korean women’s curling team, who recently won a silver medal at the 2018 PyeongChang Winter Olympics. The athletes briefly chatted about their Olympic experience before teaming up with the “Infinite Challenge” cast to engage in a friendly curling match.

According to Nielsen Korea, the first half of the episode scored an average viewership rating of 11 percent, while the second half scored an average of 14.3 percent. The ratings marked respective increases of 2.2 and 3 percent from last week’s episode.

Not only did “Infinite Challenge” claim first place in its time slot across all channels, it also recorded the highest viewership ratings of any variety program aired on March 17.

The highest-rated minute of the broadcast came towards the end of the episode, when Yoo Jae Suk managed to pull off a difficult curling technique during the match. The climactic moment achieved a peak rating of 16.5 percent.