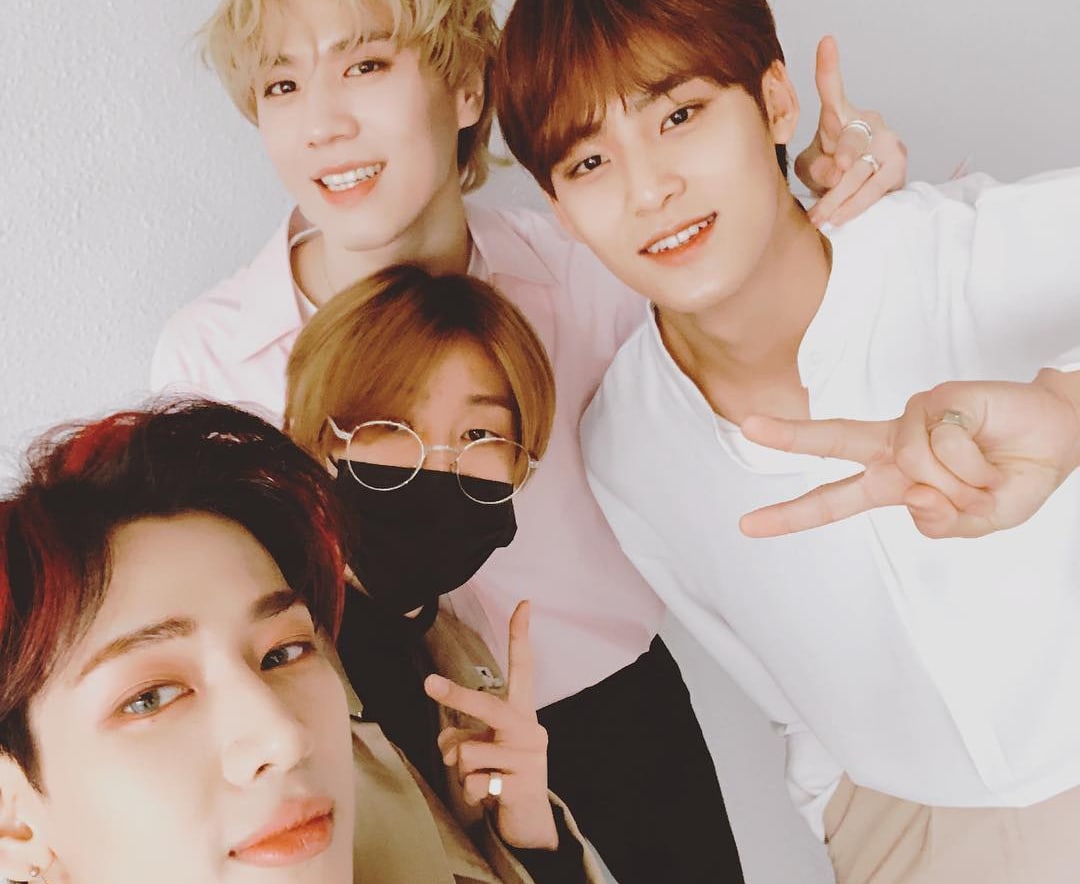 ’97 Liners From GOT7 And SEVENTEEN Meet Up Backstage At “Inkigayo”

Some members of the ’97 line have reunited!

On March 18, GOT7’s BamBam and Yugyeom and SEVENTEEN’s Mingyu and The8 met up backstage at “Inkigayo” and shared selfies.

BamBam wrote, “The8 who came to support today!! And MC Mingyu.” 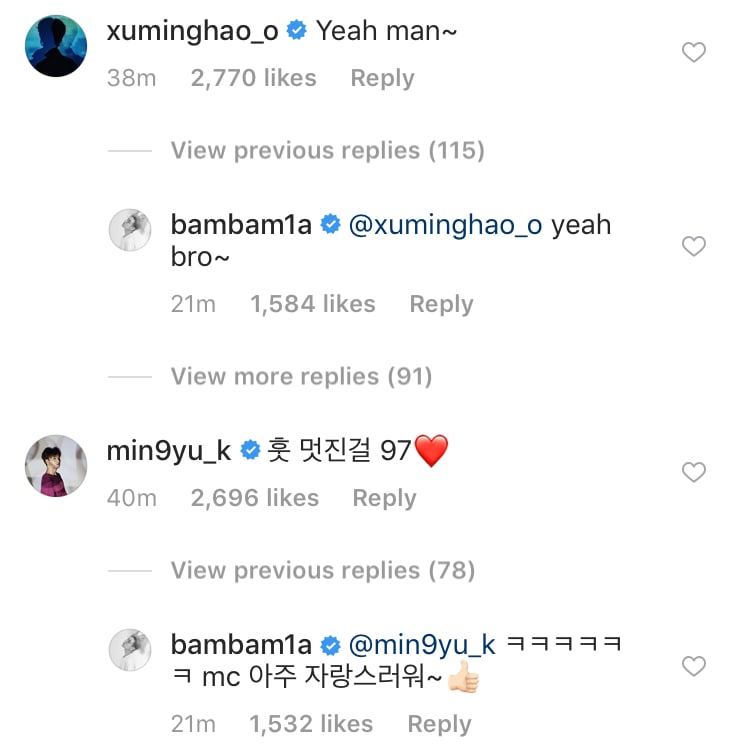 The8 posted a slightly different photo in black-and-white with the simple caption, “1997.”

Yugyeom expressed his gratitude for The8’s support with his comment, “Minghao, thanks~.”

The four have been known to be close friends and have a group chat with other male idols born in 1997 including SEVENTEEN’s DK, BTS’s Jungkook, and NCT’s Jaehyun.

GOT7
SEVENTEEN
Yugyeom
BamBam
Mingyu
The8
How does this article make you feel?