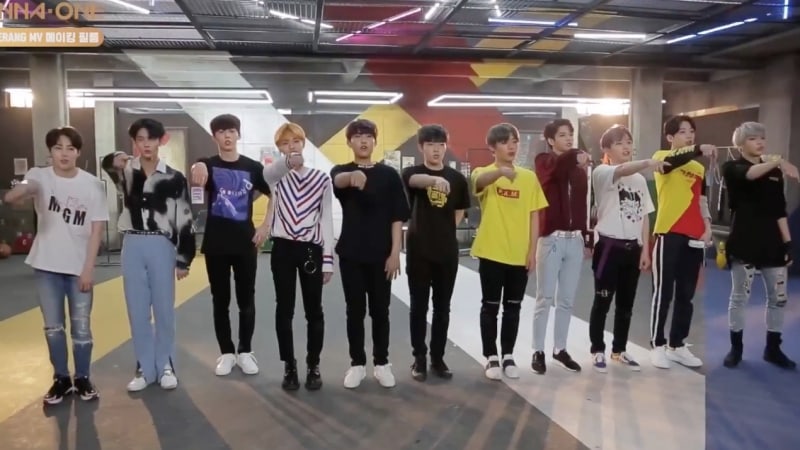 Watch: Wanna One Takes Fans Behind The Scenes Of Upcoming “Boomerang” MV In New Clip

Wanna One has released new behind-the-scenes footage from the filming of their upcoming music video!

The new clip offers fans a sneak peek at the group’s music video for the title track “Boomerang,” which will be released on March 19 as part of their mini album “0+1=1 (I Promise You).”

In the video, Ha Sung Woon remarks, “‘Boomerang’ is sort of the opposite of our pre-release track ‘I.P.U.‘ It’s a song with very powerful choreography.”

Park Ji Hoon then talks about the significance of the song’s title, explaining, “It’s about one-sided love. The feeling of throwing love out there, without having it received, and then having the love come back to me.” 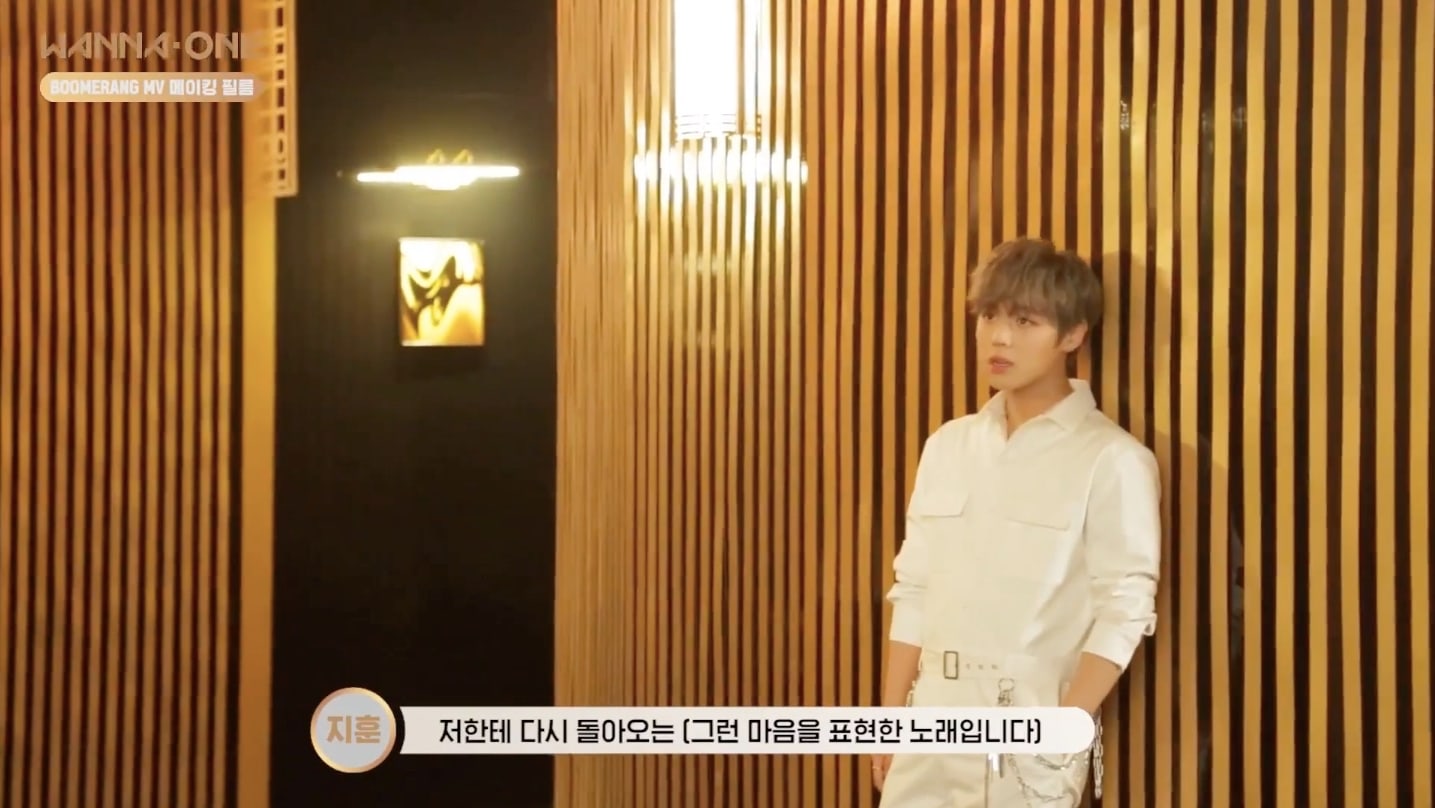 The Wanna One members also show off some of the highlights of the song’s choreography, with Kim Jae Hwan commenting, “Our dance this time Is really hard. It takes a lot of strength, and it was really difficult. But after all, I’m the dancing machine [of the group]. So instead of giving up, I grit my teeth and worked hard to pull it off.” 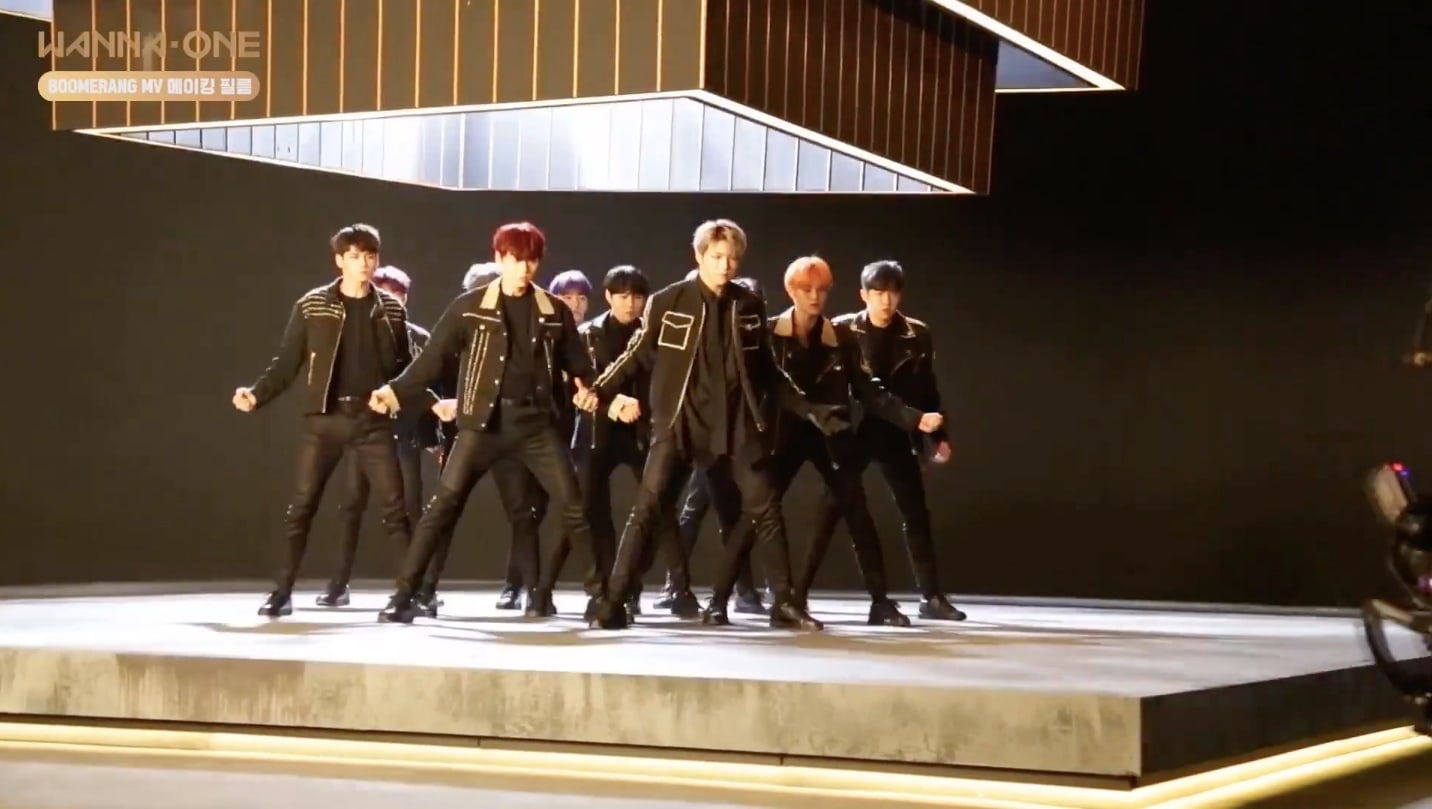 Bae Jin Young excitedly remarks, “First of all, the most important thing is what Wannables [Wanna One’s fan club name] have been wishing for so badly—Jin Young’s black hair! [They’ve been asking,] ‘Jin Young, when will you dye your hair black?’ So I’ve returned with cool new black hair for our Wannables. How do you like it?” 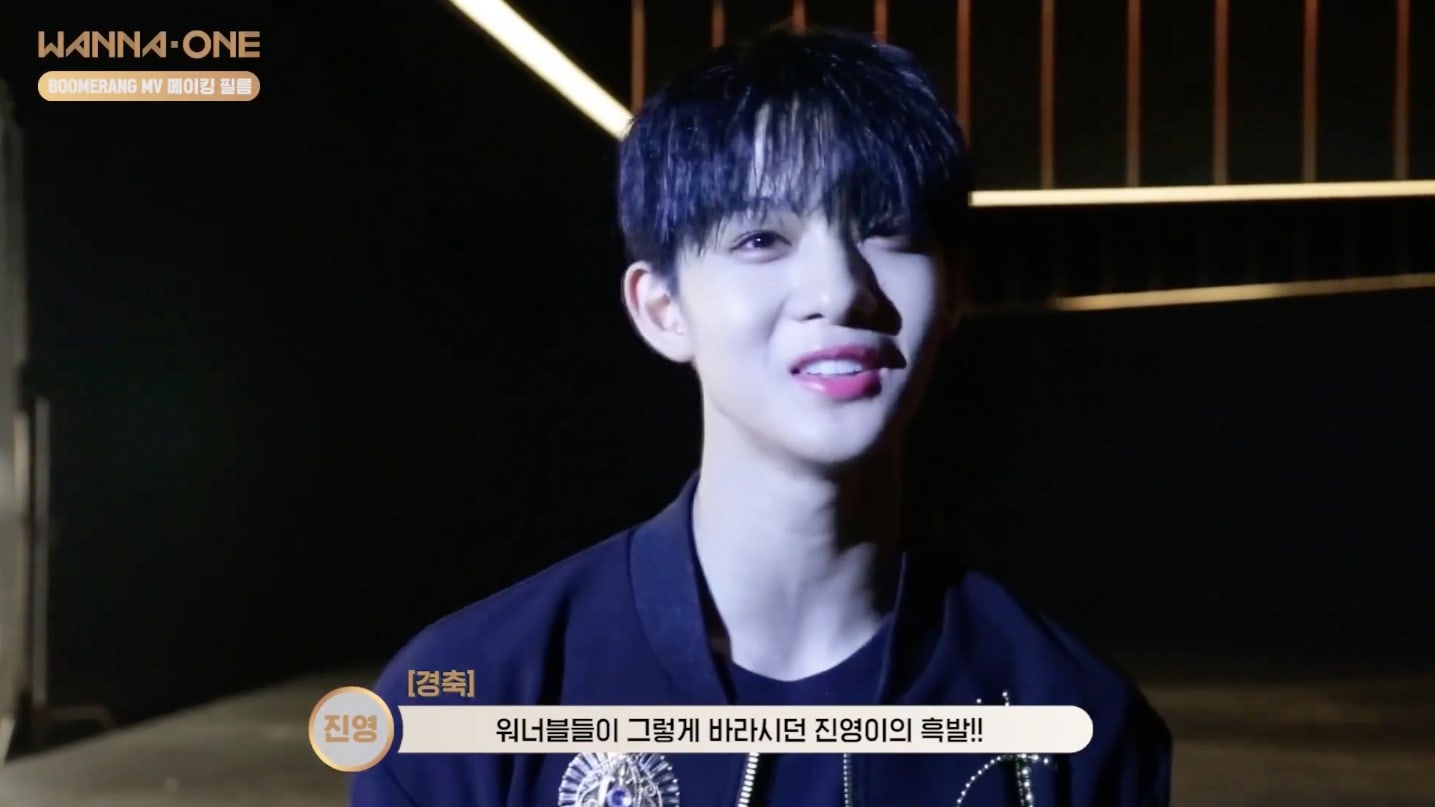 Describing one of the colorful sets used in the music video, Hwang Min Hyun says, “It’s like in the movies, where young mischief-makers always have their own hideout, and everything is messy.” Lee Dae Hwi agrees, “There are no grown-ups at the hideout, so you can be carefree and joke around with your friends.” 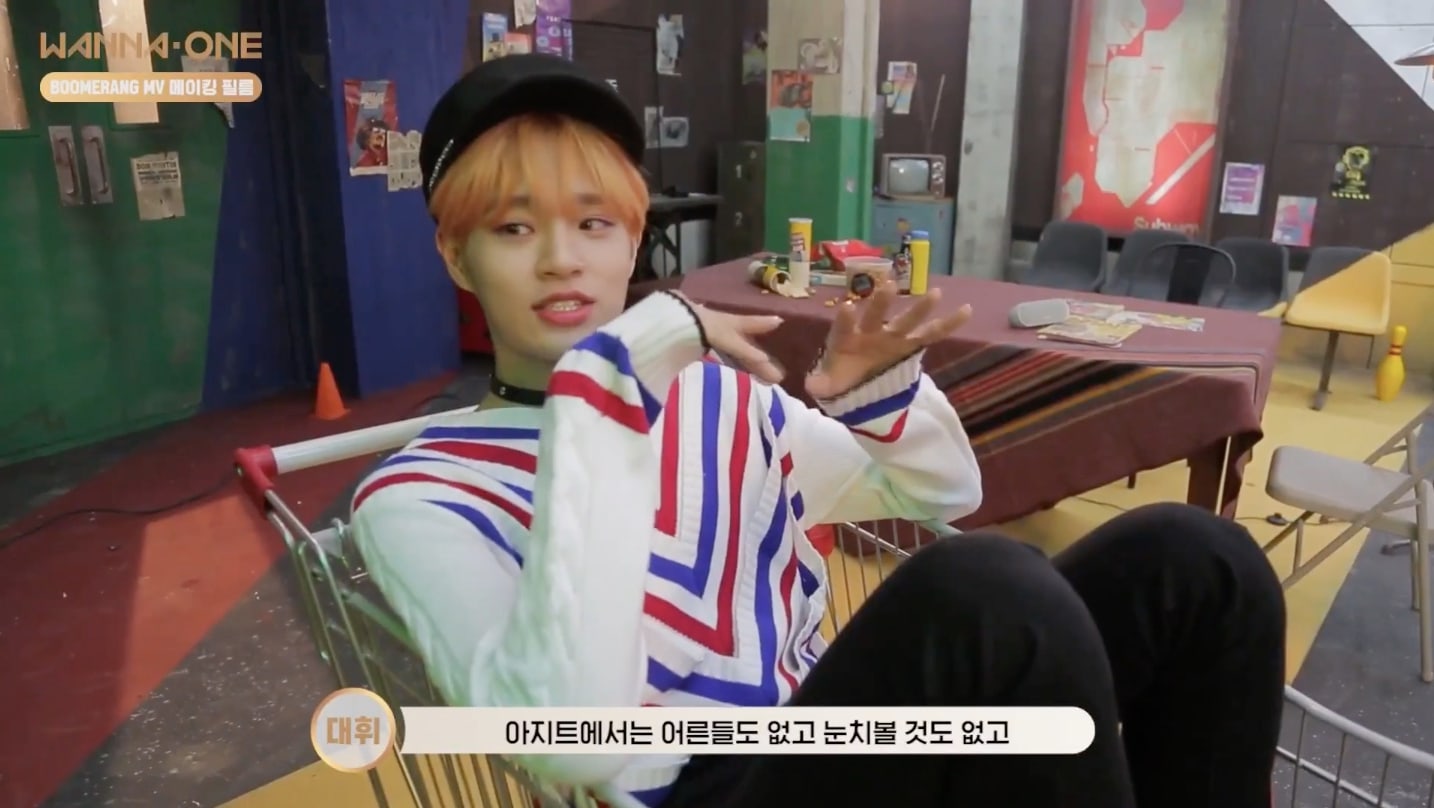 Kang Daniel also notes that each of the Wanna One members has his own gold ring for their upcoming comeback. Hwang Min Hyun reveals, “We’ll be wearing the rings throughout our promotions for this [comeback]. Each member’s ring has a different inscription and meaning.” 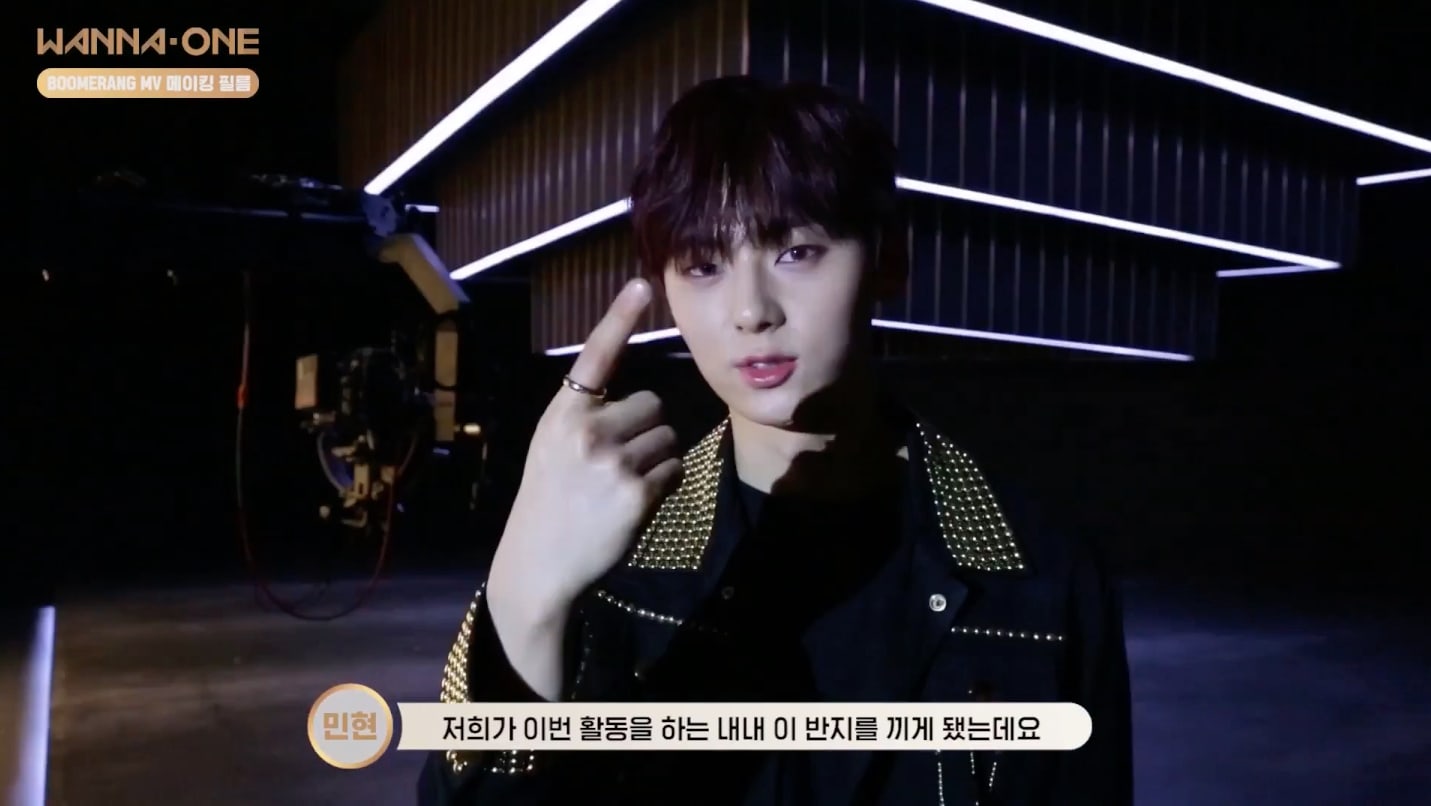 Yoon Ji Sung goes on to add, “We all chose our own inscriptions ourselves, which I think makes the rings more meaningful.”

“Boomerang” will be released on March 19 at 6 p.m. KST. In the meantime, check out the full behind-the-scenes video below!