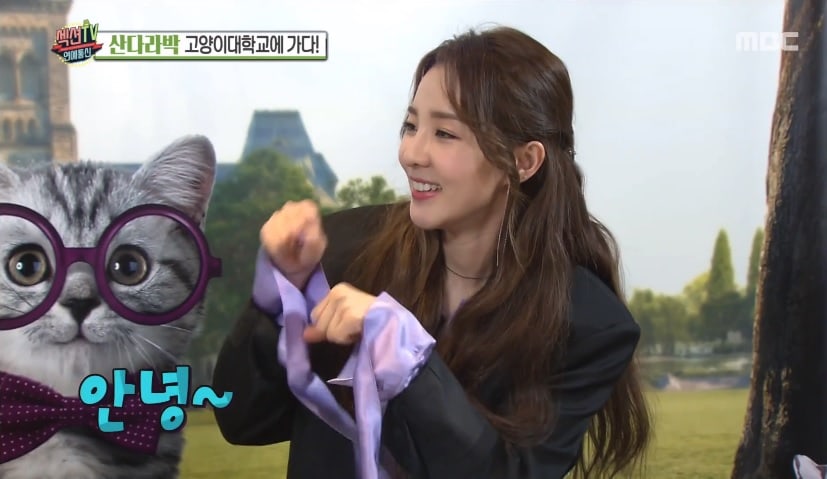 Sandara Park Introduces Her Cats And Reveals Plans For This Year

On March 18, MBC’s “Section TV” aired an interview with Sandara Park from the admission ceremony of “Kitten Kollege.”

Sandara Park revealed that she was living in a dorm during 2NE1 days when her brother brought home a cat behind her back; that was how her love for cats began.

The owner of six cats said, “My heart exploded and I instantly fell [in love] for cats when I saw the photo.” She introduced her first cat, Da Doong, a charismatic Bengal that is seven years old and occasionally accompanied her during the set when she was promoting 2NE1’s “I Am the Best.”

She continued to introduce her family of cats. Bambi is her second cat that her mother rescued from the streets. Her third cat is Oreo, the gentleman. Cookie, only eight months old, is blind in one eye due to a mishap when he was living on the streets; he is very playful and likes to run wildly around the house.

The MC showed Sandara Park a few celebrities who own cats (Yoon Kyun Sang, Seo Kang Joon, and Lee Sang Min) and asked, “Which cat would you like to be the mother-in-law of?” Sandara Park clarified, “I’m not selecting based on the person, it’s solely based on the cat,” as she went through her options and said, “I would like to be the mother-in-law of Seo Kang Joon’s Oki and Doki.”

When asked about her plans this year, “I’m determined to find a role that is suitable for me. If there are nice songs, I would like to release an album too. Please continue to support and watch over me as I make appearances through various activities.”