Sparks Of Romance And Heroism: What To Expect From “The Flame’s Daughter”

Featuring both a strong and familiar cast, “The Flame’s Daughter” stars Dilraba Dilmurat as the titular character Lie Ruge and Vic Zhou as the immortal Yin Xue who has waited years to reunite with her.

The drama opens with Yin Xue (Vic Zhou) returning to his previous sect, the Ethereal Sect, to beg his former teacher to save his love (who is a previous incarnation of Ruge). Unfortunately, his efforts are wasted as she ends up dying. Yin Xue pleads with his teacher to let him re-enter as a disciple so that he can cultivate his immortality and see his love once again. Fast forward to present time, Ruge arrives at Luoyang to enter into the Taste Flower Brothel as a maid and to learn from the women there how to win back a man’s heart. Along the way, she meets other heroes of the Jianghu (or the Martial World) and uncovers her hidden fighting skills. 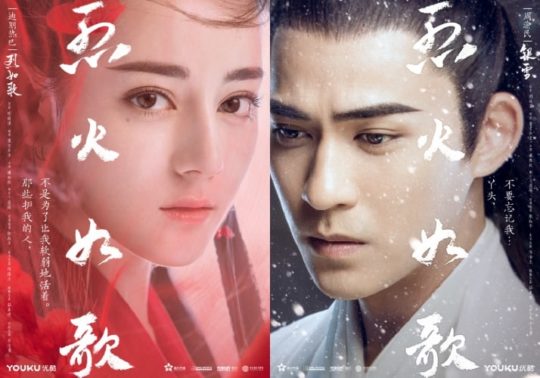 While the series hasn’t ended yet, “The Flame’s Daughter is shaping up nicely. The characters are diverse and entertaining with complicated protagonists and mysteriously captivating antagonists. And the cast works well, which makes sense because many of the cast members have worked with one another in other projects. Here are some of the things you can look forward to watching in this C-drama. 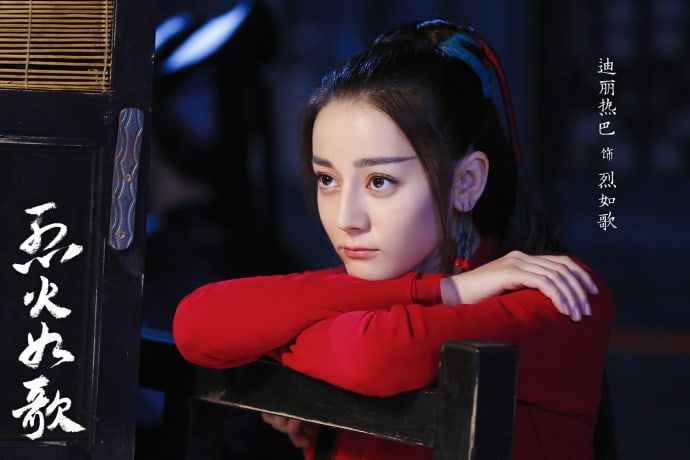 As the daughter of sect leader Lie Mingjing, Lie Ruge is set to inherit Flaming Hills. But instead of dealing with political matters, her main focus in the beginning is to find a solution to re-claim the heart of Zhan Feng — her fiancé who grew distant after meeting Ying Yi, a woman from a brothel. It isn’t until Ruge travels outside to Luoyang and the outskirts of her own sect that she forms a stronger sense of justice. In fact, during her journey, she runs into numerous wrongdoings and ends up clashing with Zhan Feng. After a long discussion with her father, Ruge decides to take on the position as the successor to Flaming Hills and begins involving herself in the political matters of the sect.

While she starts out as a weak character, the drama is setting Ruge up to become stronger mentally and physically. I quite like Ruge as she already has the qualities of a heroine — she can’t stand by when seeing injustice and seeks to fully investigate whenever something feels unsettling to her. As the plot thickens, I’m excited to see Ruge undertake her role as a leader! 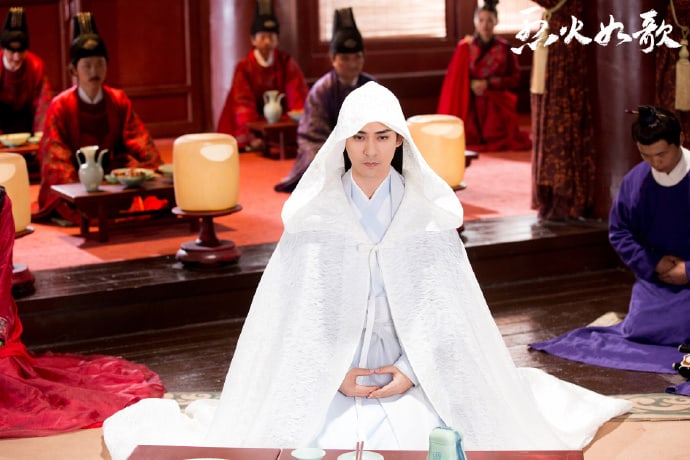 Vic Zhou as Yin Xue is the most enjoyable addition to the cast because he adds playfulness and a light-hearted tone to the drama. Yin Xue is an immortal with famed beauty who initially betrays the Ethereal Sect to join the Dark River Sect, only to return when his love is in danger of dying. After her death, he spends years isolated at the summit of the mountain awaiting for his love to return to him. He is one of the strongest people in the martial world and has the ability to see into the future, but he is also a target for the various villains who fear his powers and knowledge which could foil their plans of dominating the sects.

It’s been years since Vic Zhou’s last return to dramaland, and his comeback does not disappoint. While the styling for his character is disappointing, his background story has me on the edge of my seat. As the drama progresses, I’m hoping it will delve deeply into his love story with Ruge’s previous life and how that affects his inevitable romance with her. 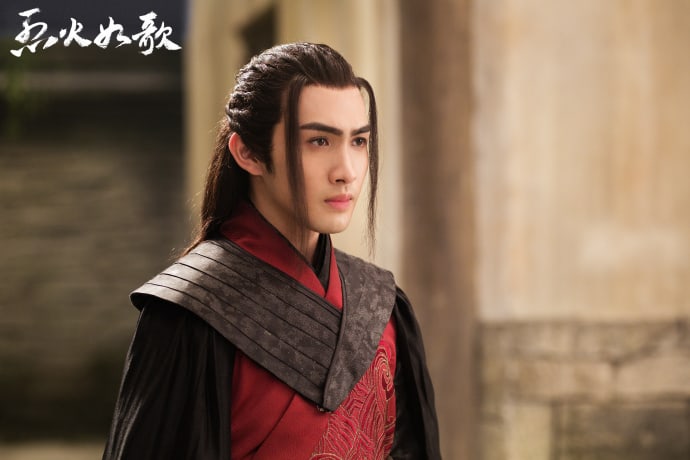 Zhan Feng is the son of Zhan Feitian, the former co-leader of Flaming Hills. Following his father’s death, he is put under the care of Lie Mingjing and trains to be the successor. However, he begins to question his father’s questionable death and starts distancing himself towards his teacher and Lie Ruge, his childhood friend.

I’ve lost count of how many times Zhang Bin Bin and Dilraba have had a romantic plot line in dramas. Unfortunately for fans of this pairing, they remain at odds for nearly the entirety of the first quarter of the show. This does, however, provide an interesting dynamic to the relationship as Zhan Feng still seems to have romantic feelings for Ruge but doesn’t want to act on it out of consideration of his father’s death. 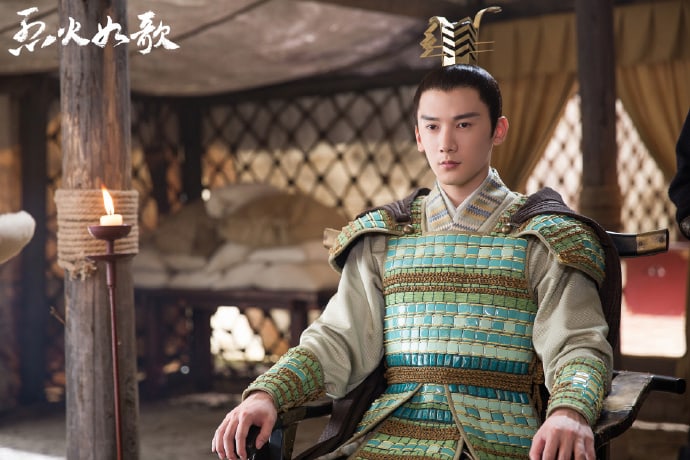 Because of difficulties during childbirth and bullying from people within the palace, the Prince of Jingyuan is deaf and unable to walk. With his life in constant danger, he is sent to Flaming Hills to train in martial arts to protect himself and recuperate. There, he meets Ruge, who helped him learn to speak and read lips, and retains heavy ties with Flaming Hills as a trusted advisor.

The Prince’s character isn’t very complex at this point because his personality is quite reserved, but I’m hoping his role will evolve later into the series once it covers the basic ground of Ruge’s life. I already feel a strong sense of sadness for him, as his life is at risk in the palace and his love for Ruge is most definitely unrequited. 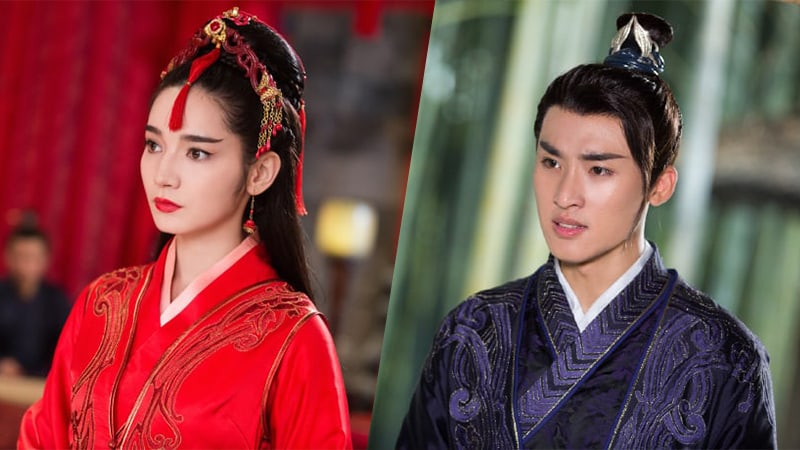 Lei Jinghong and Dao Leixiang are my favorite couple! Ruge, Yin Xue and Lei Jinghong meet Leixiang at Taste Flower Brothel, and Lei Jinghong and Dao Leixiang start off bickering and fighting over the same guy — Yin Xue. Despite liking Yin Xue at first, Leixiang’s continuous fighting with Jinghong, the son of the Thunderbolt sect leader, eventually results in creating a spark between the two. While the development of their romance is shorter than I’d like, these two actors have enough chemistry to make the love line enjoyable to watch. 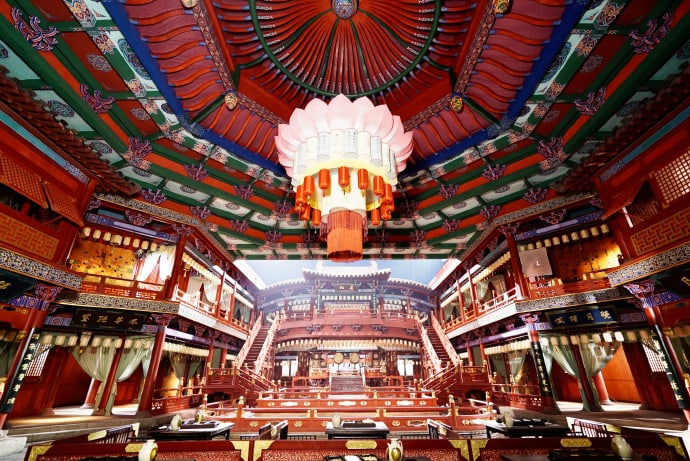 Wuxia dramas are a great vehicle for worldbuilding. Within a wuxia, there exists martial heroes with strong morals who also fight against the villains that seek to disrupt the peace in the world. These fighters come from different sects and schools of discipline. The imaginative aspect comes into play in that each drama gets to create their own Jianghu world, allowing viewers to experience different interpretations of the martial universe and the sects that exist.

For “The Flame’s Daughter,” three prominent and powerful sects prosper: Flaming Hills, Thunderbolt, and Swordless City. Whiles these factions co-exist, some sects aim to rule over all of Jianghu and thus, bring about political tension and power struggles. 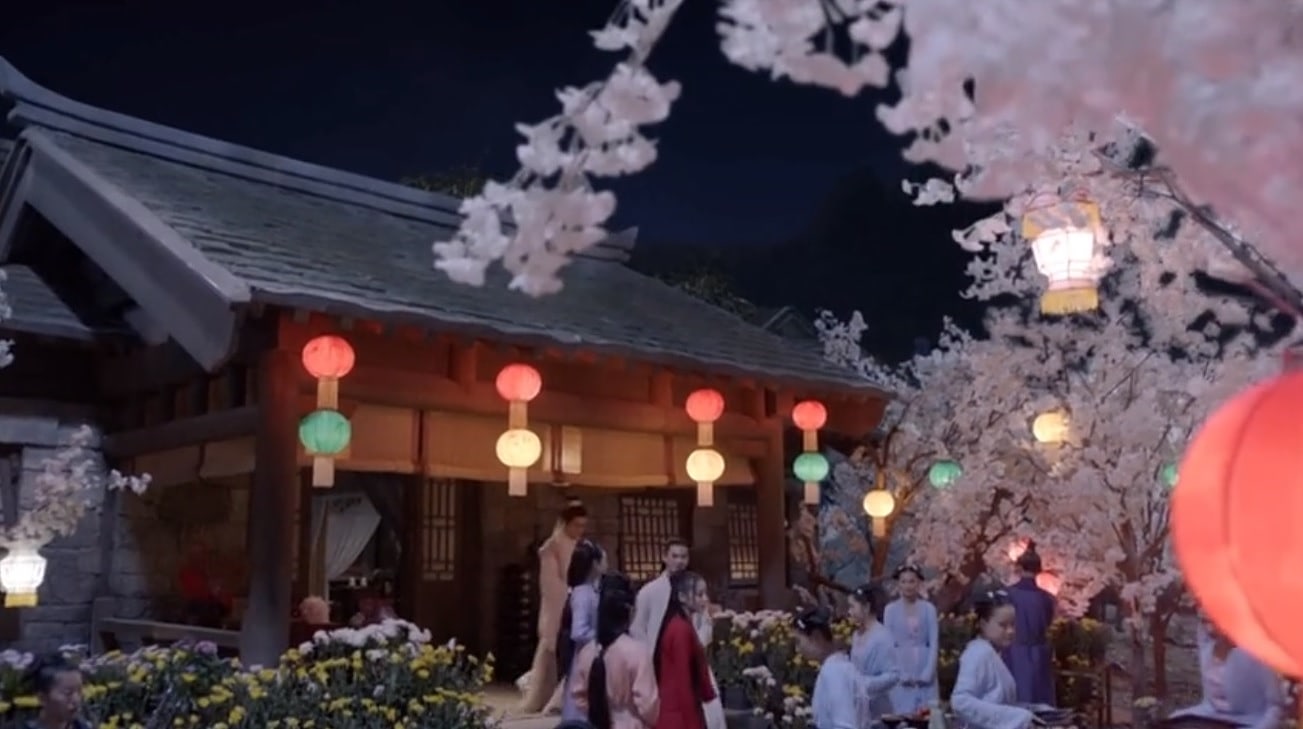 First of all, the set designs for the sects and other locations in this drama are really impressive. There’s so much color and vibrancy. Even the living spaces are well thought out. For example, within Flaming Hills, each main character has their own courtyard that is named after the trees present. Zhan Feng’s courtyard is named Maple Courtyard and is filled with gorgeous maple trees. As a viewer, I really appreciate the level of attention to detail and the great incorporation of natural elements that appear in the the setting and names of the different groups. 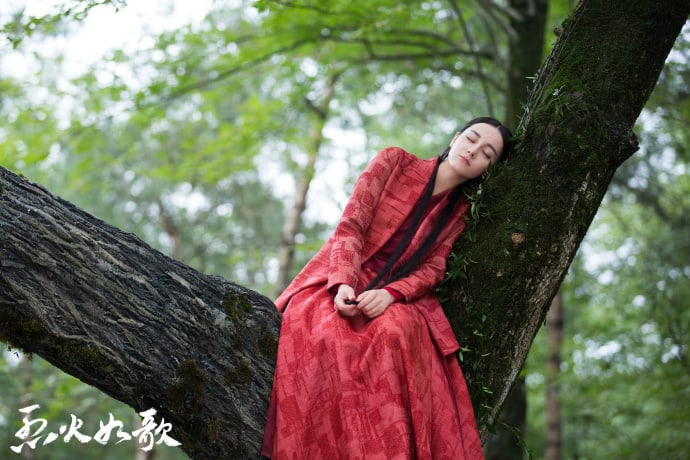 The one part that doesn’t really hit the mark is the drama’s character styling. Considering the fact that this drama brought back staff members who had worked behind the scenes for “Eternal Love: Ten Miles of Peach Blossoms,” I couldn’t help but notice that the styling wasn’t very different from it. It gives off the impression that they just decided to rehash the character designs.

Overall, I really like this drama. It has an addictive quality that’s fun to watch as the story peels back the layers of Ruge’s origins and her ascension to fully connecting with her sealed powers. It reminds me of those great heroic tales in which the protagonist is weak and helpless but they slowly realize the incredible power that’s been hidden inside. In short, this drama is a wonderful setup of a weak protagonist who ends up growing into her powers. If you’re looking for a drama that has a solid world full of obstacles, political strife, and great martial arts sequences, then “The Flame’s Daughter” is one drama you should definitely check out! 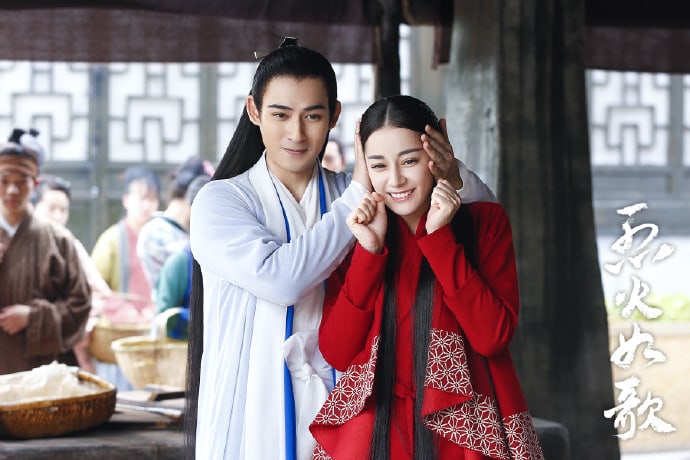 Catch the first episode of “The Flame’s Daughter”:

Hey Soompiers, what are you loving about “The Flame’s Daughter”? Don’t forget to drop a comment below of your favorite moments in the drama so far!

isms is a new features writer for Soompi and loves watching Asian dramas and variety shows.

Currently watching: “The Flame’s Daughter,” “Should We Kiss First,” “Tempted,” and “Grand Prince”

Looking forward to: “Rise of the Phoenixes,” “Meteor Garden 2018,” “Pillowbook,” and “Pretty Noona Who Buys Me Food”