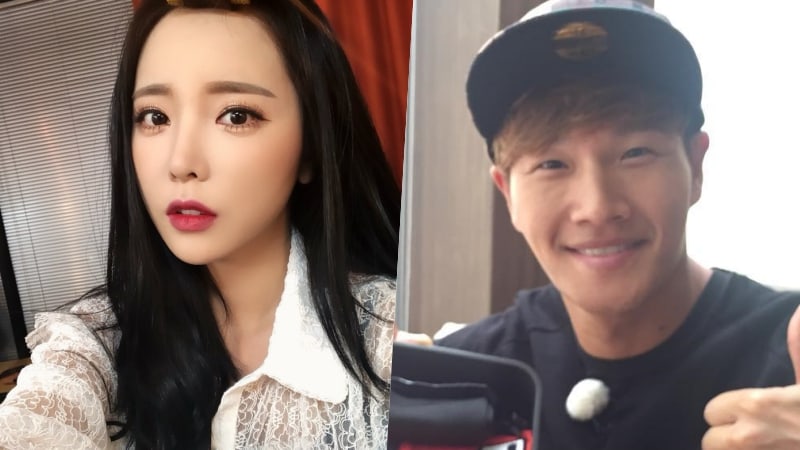 These four individuals achieved high viewer ratings and each had their own ‘best minute’ through their active participation in the show.

Hong Jin Young was dressed in a white shirt and black pants, and matched Kim Jong Kook’s all-black outfit. Hong Jin Young commented, “To be honest, after I was involved in a love line with Kim Jong Kook in my previous appearance on ‘Running Man,’ I received many direct messages through my social media from international fans. They said that they would kill me if I was seen to be near Kim Jong Kook.”

HaHa stepped in and mentioned, “It’s probably because he is currently in a love line with Song Ji Hyo too.” Kim Jong Kook explained, “My fans are just like me. As much as I say that I would kill Lee Kwang Soo, it does not necessarily mean that I would kill him. They like to follow my style of cracking jokes.”

Hong Jin Young laughed and said, “Please have this translated for me. I will come and go like the wind. I will be like the wind that never stays.”