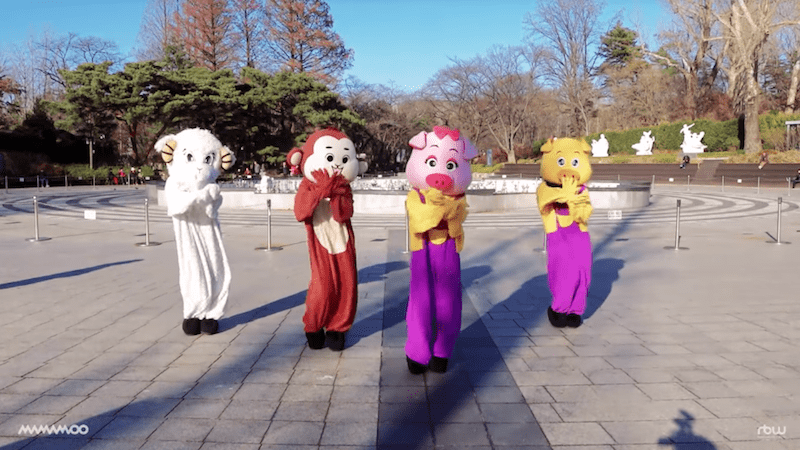 On March 18, the group revealed a dance video where each of the members are wearing animal costumes based on their Chinese zodiac animal. Solar is a sheep, Moonbyul is a monkey, while both Wheein and Hwasa are dressed as pigs.

The video was also shot in public, without anyone realizing the MAMAMOO members were inside the costumes until they later unmasked themselves after dancing all of “Starry Night.” While still in costume, MAMAMOO also played and took pictures with children who were in the area.

Check out MAMAMOO’s “cute, sexy, [and] dangerous” version of “Starry Night” below!