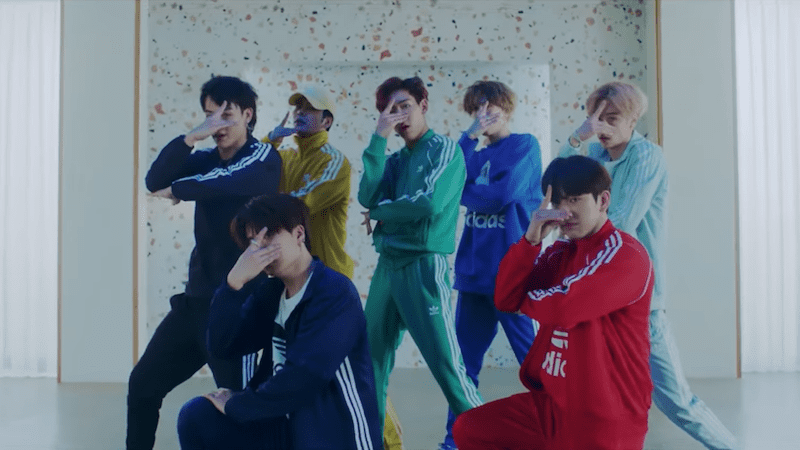 Watch: GOT7 Is Dressed Head To Toe In Adidas In Performance Video For “Look”

GOT7 has released the full performance video for their latest title track “Look“!

As the video is in collaboration with adidas Korea, the members wear pieces from the brand’s adicolor collection in seven distinct colors. The video was first revealed at an adidas pop-up store that opened March 15-18.

“Look” is from GOT7’s most recent mini album “Eyes on You,” and was released on March 12. It topped several major realtime charts, and its music video recorded the most amount of views in 24 hours out of any GOT7 music video.

Check out the colorful performance video for the track below!