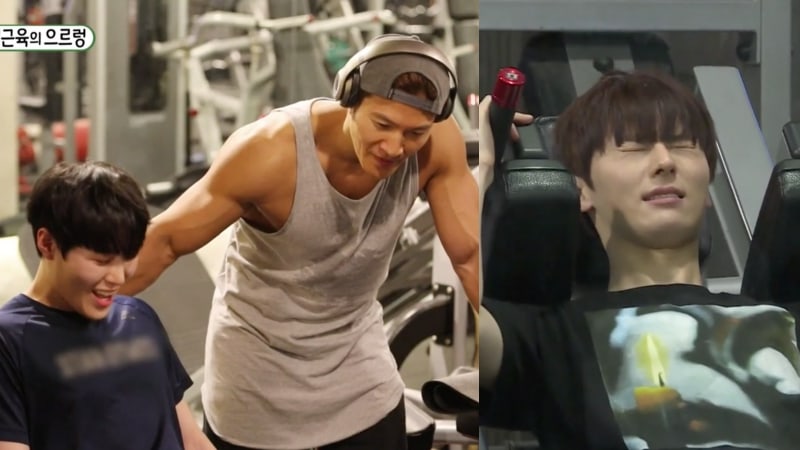 Wanna One members Ha Sung Woon and Hwang Min Hyun pushed themselves to the limit with Kim Jong Kook as their trainer! 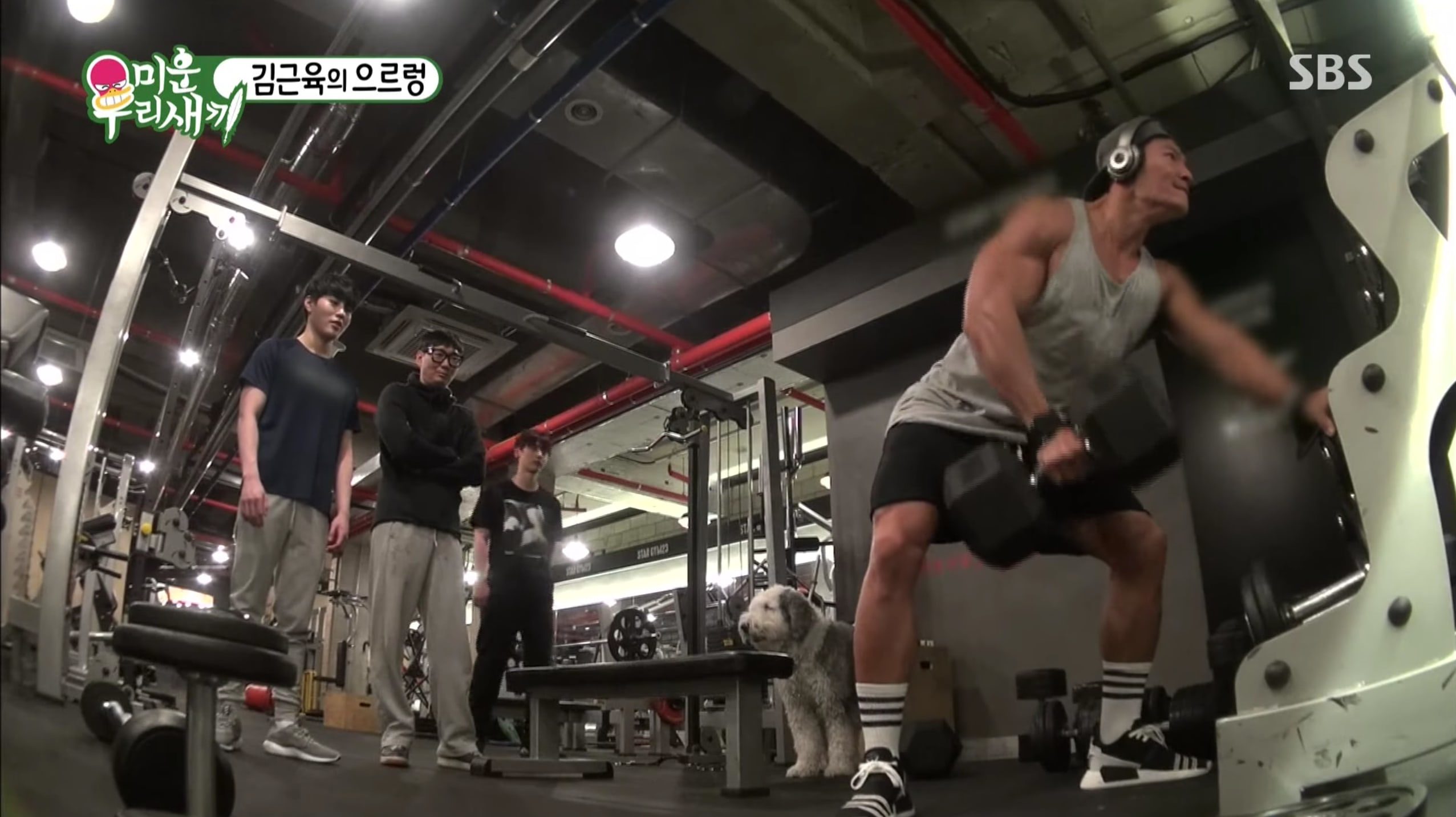 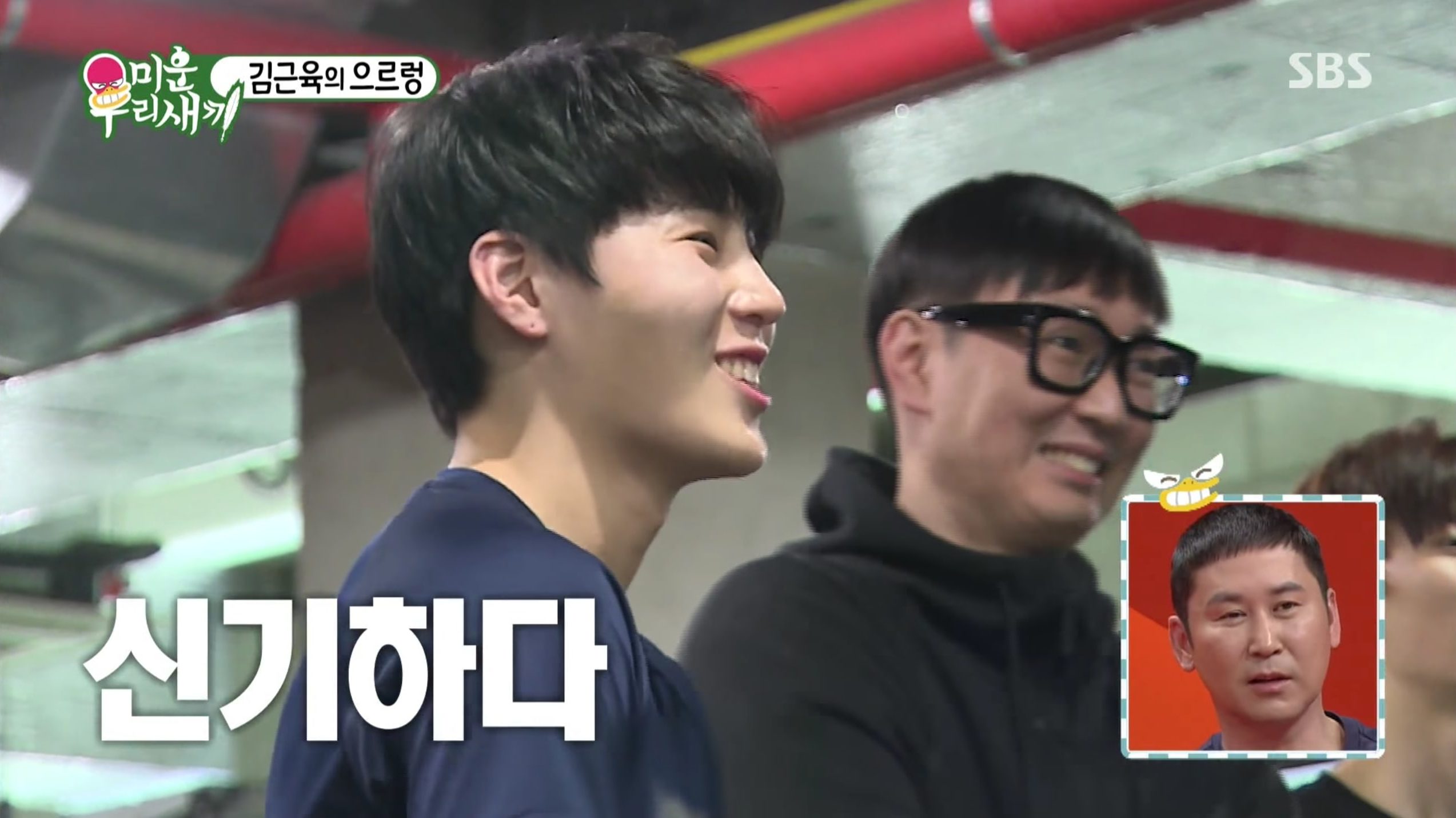 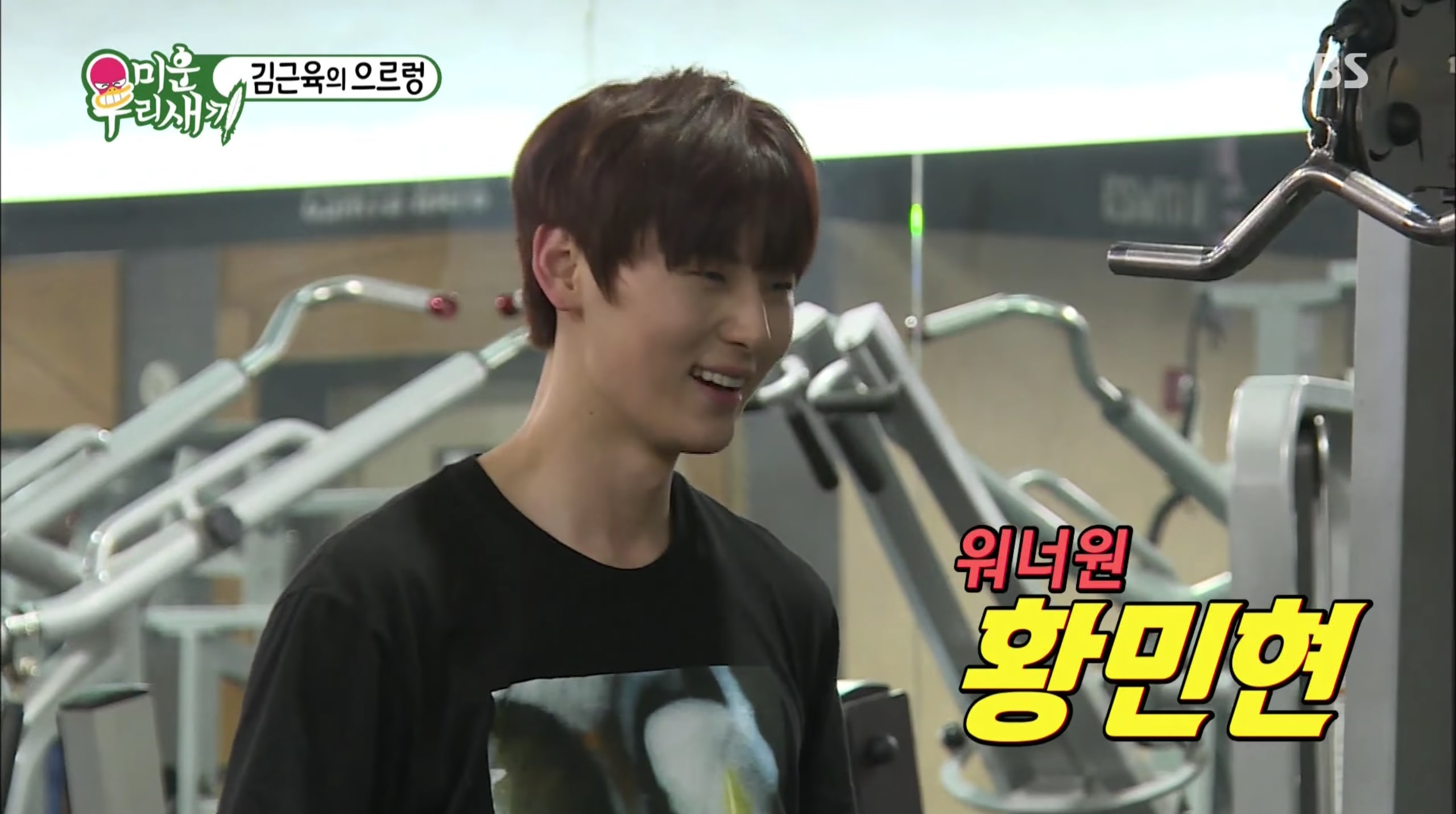 After watching footage of her son exercising, Kim Jong Kook’s mom commented, “At first, he started because his lower back wasn’t well, but now he’s doing it like he’s addicted.”

Seo Jang Hoon also chimed in to say, “Even when I was young and at my strongest, I never lifted 50 kilograms.”

Kim Jong Kook said to the Wanna One members, “Guys, isn’t it so much fun?” He also shared some words of wisdom as they all sat down. He said, “The lower body is important for men. Why go to the club at this time? You have to come to the gym.” 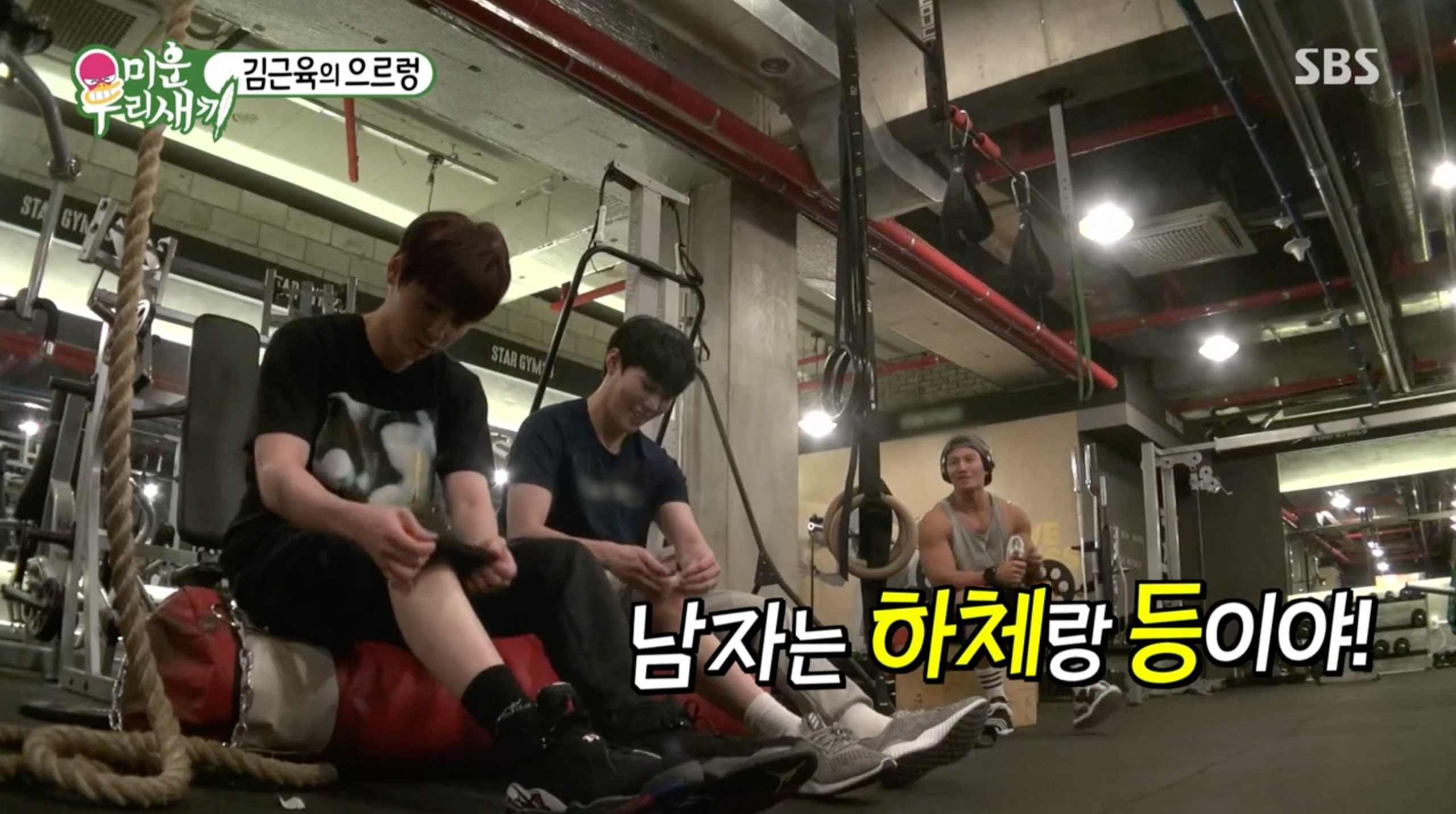 He then personally advised Ha Sung Woon and Hwang Min Hyun as they worked out. He went first and lifted the weights with his legs effortlessly. He even smiled and expressed how happy he was.

When it was his turn, Ha Sung Woon shouted in pain while struggling to lift the heavy weights. Kim Jong Kook tried to motivate him by saying, “What’s tired is not your body, but your mind.” 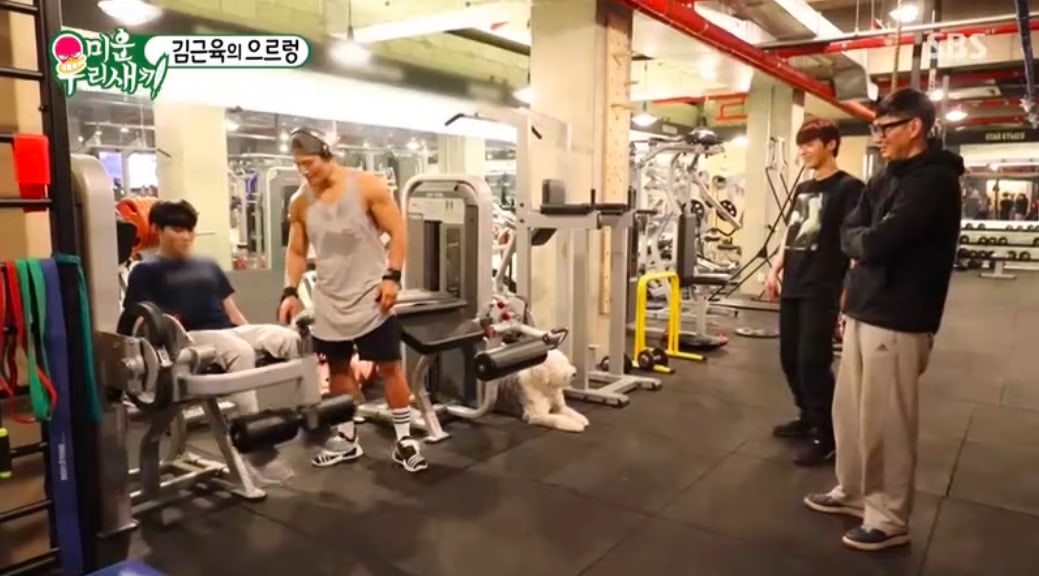 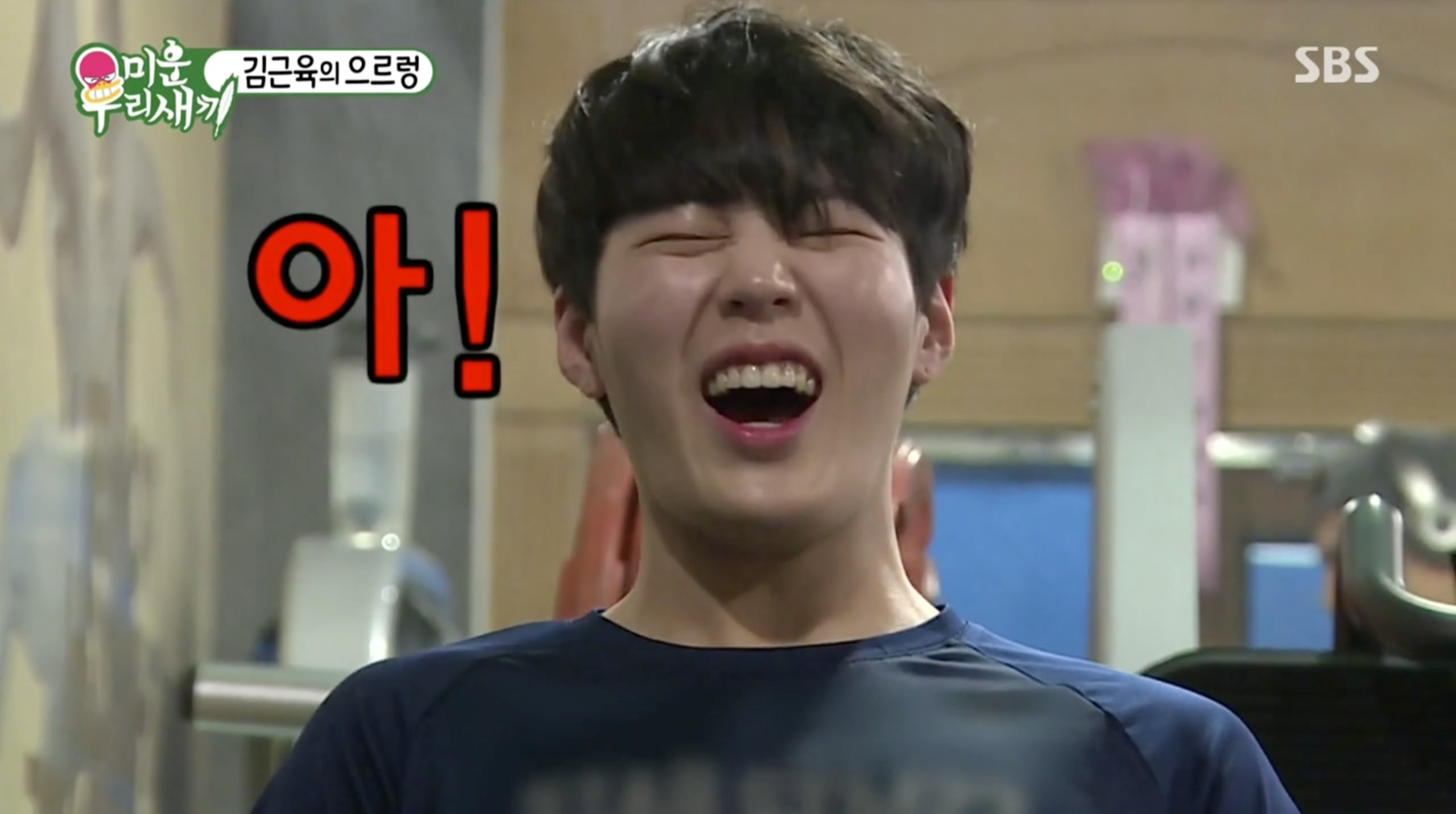 As he was exercising and when he got off the machine, Ha Sung Woon kept apologizing. “I’m sorry. I don’t think that’s something I can do,” he said, laughing as he sat down on the floor.

The trio moved onto another machine and Kim Jong Kook asked them how old they are. Ha Sung Woon answered he’s 25 years old (in Korean reckoning) and Hwang Min Hyun replied he’s 24. Kim Jong Kook commented, “Nice. You’re at the right age for your body to get fit.” 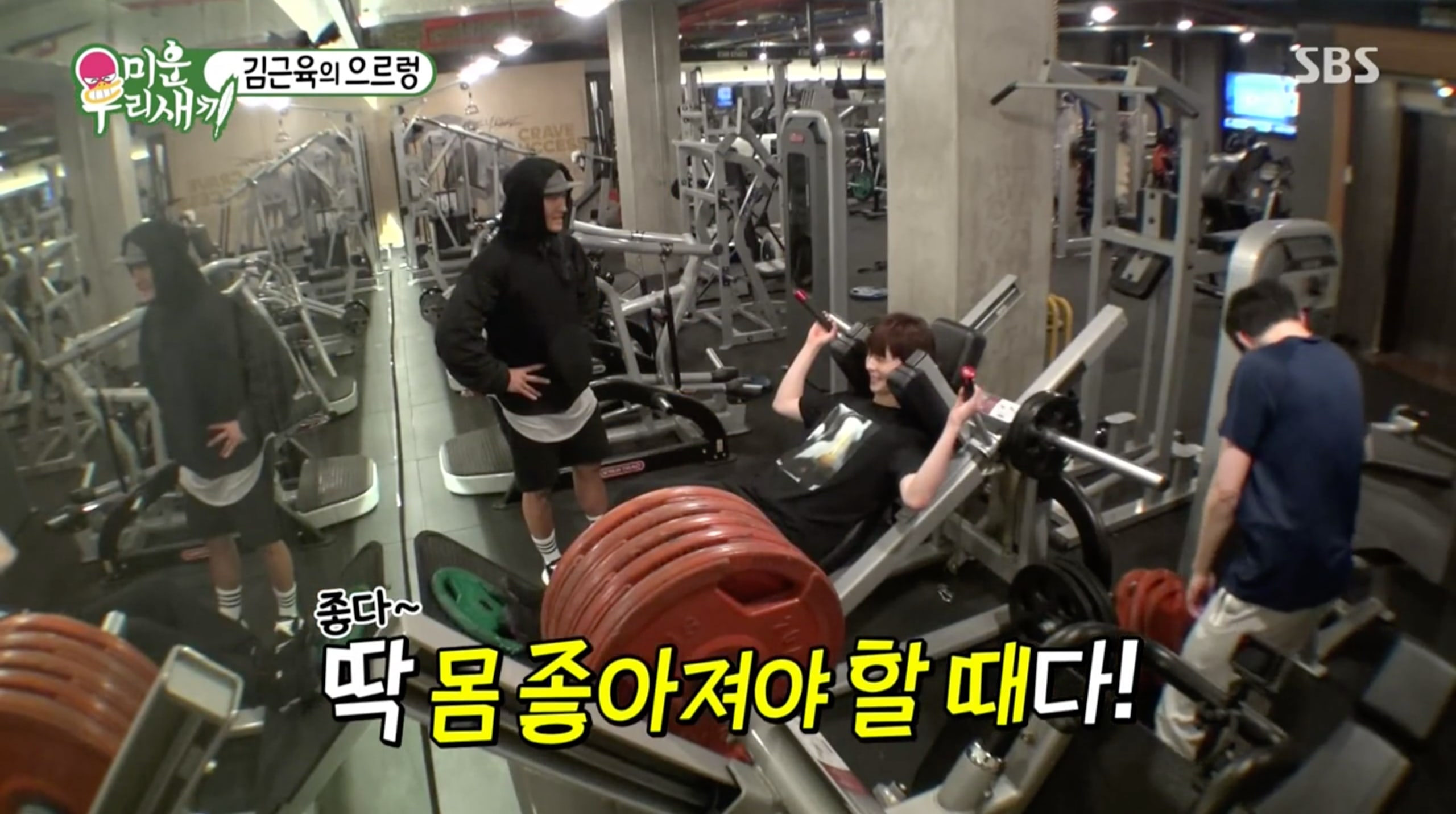 Hwang Min Hyun worked out while scrunching up his face, and Kim Jong Kook touched his leg and asked, “How does it feel here?” He answered, “I feel like I’m going to die.” 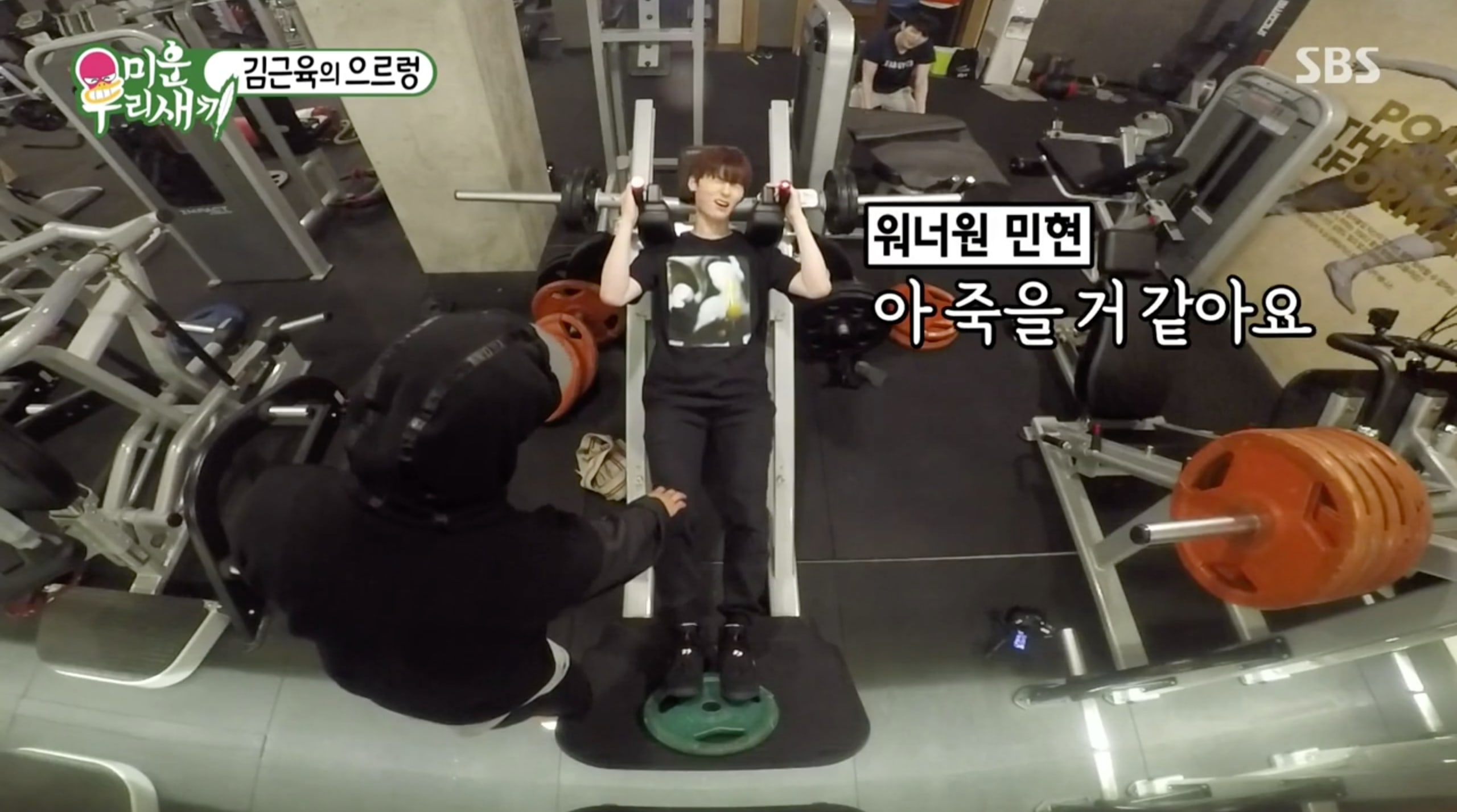 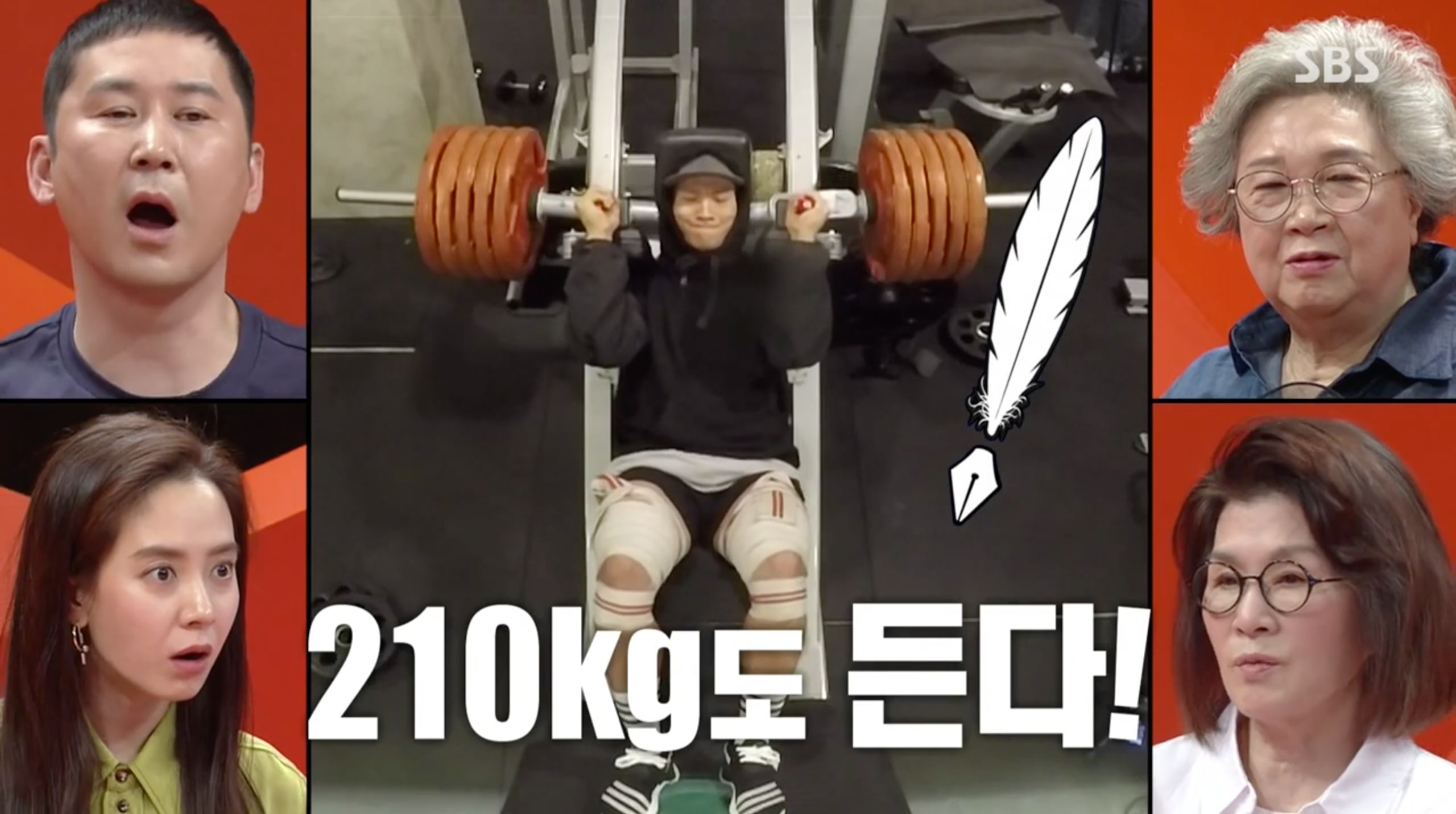 Even after the Wanna One members left, Kim Jong Kook continued to work out past midnight.