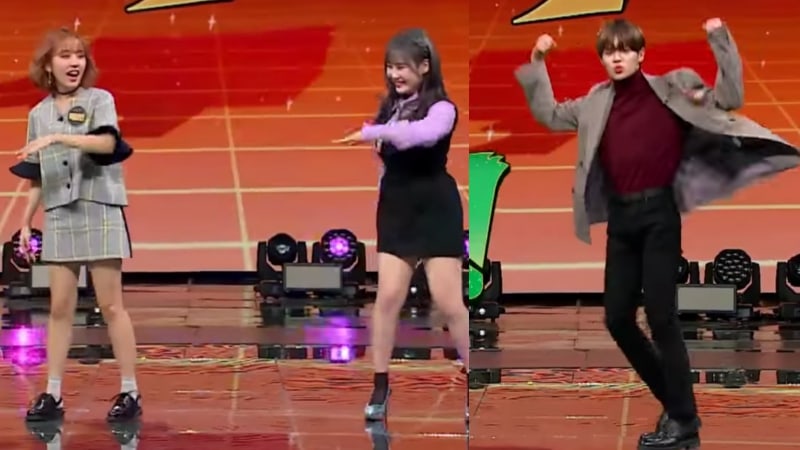 They then asked what was the case for JYP Entertainment. Baek A Yeon answered, “Instead of a company song, we learn to dance a lot,” and named Park Jin Young‘s “Don’t Leave Me” and “Honey” as examples.

Yoo Hee Yeol asked, “All artists at JYP Entertainment dance to Park Jin Young’s music?” and Baek A Yeon replied, “[We] all do it. [We] all know it, even if we’re ballad singers.” 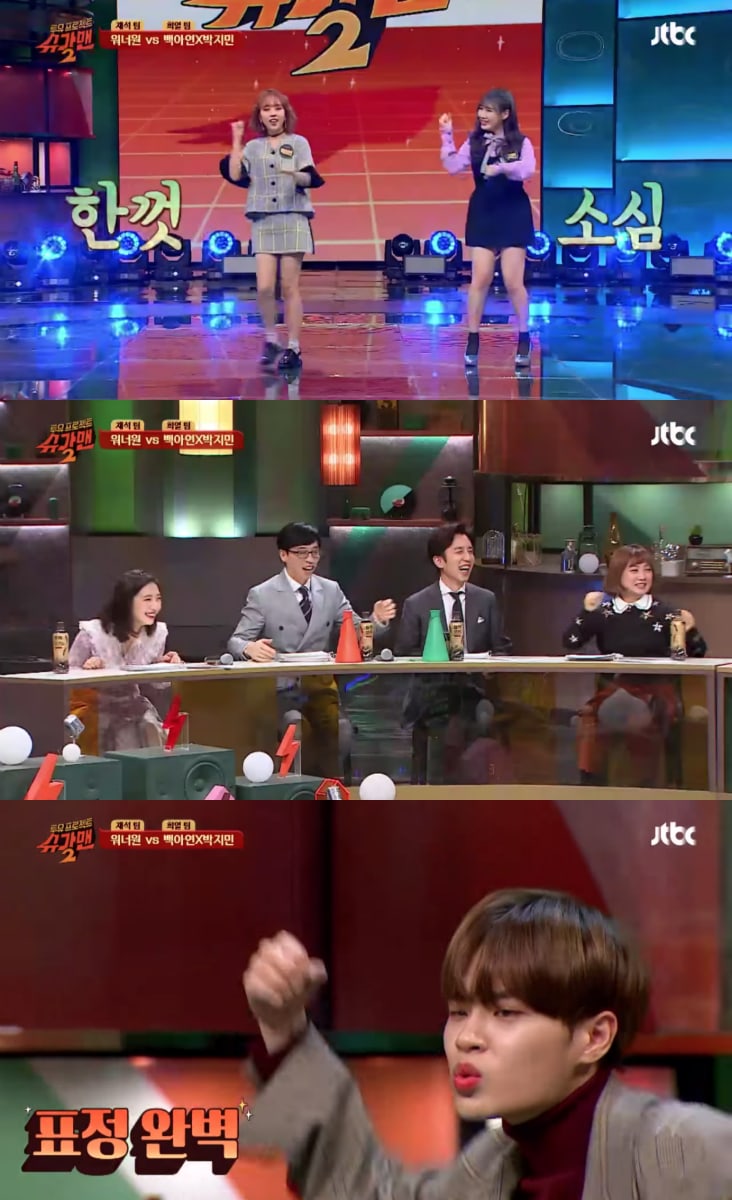 She then stepped onto the stage with Park Jimin and they shyly danced to the Park Jin Young’s “Don’t Leave Me” and “Honey.”

The MCs jokingly said, “They’re good at dancing, but it’s not enjoyable. Why is that?” Park Jimin made everyone laugh when she said, “It’s because we learned it by force. It’s not fun.”

Lee Dae Hwi then mentioned, “I used to be a JYP Entertainment trainee. You forgot the key point of Park Jin Young’s dance,” and danced to Park Jin Young’s “Still Alive” while mimicking his facial expression.

Watch the dance performances below!

Wanna One
Jamie
Baek A Yeon
Lee Dae Hwi
Sugar Man 2
How does this article make you feel?