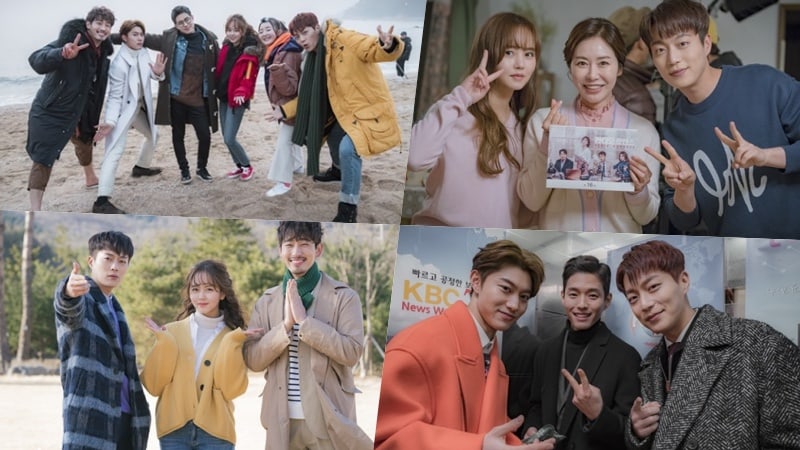 With just two episodes left till the drama ends, KBS’s Monday-Tuesday drama “Radio Romance” has shared new behind-the-scenes stills of the cast having fun and bonding together.

The photos show heartwarming moments between the cast, including the leading couple Kim So Hyun (playing Song Geu Rim) and Highlight’s Yoon Doojoon (playing Ji Soo Ho) and Yoon Park (playing Lee Kang), who played a hot tempered but talented PD. There are also stills of Girl’s Day’s Yura (playing Jin Tae Ri) and Ha Joon (playing Kim Joon Woo), a cute antagonist and reliable manager whose future is one of the questions yet unanswered, as well as Kwak Dong Yeon (playing Jason), whose identity still remains a mystery. The photos show how much the cast has bonded for the past three months together. 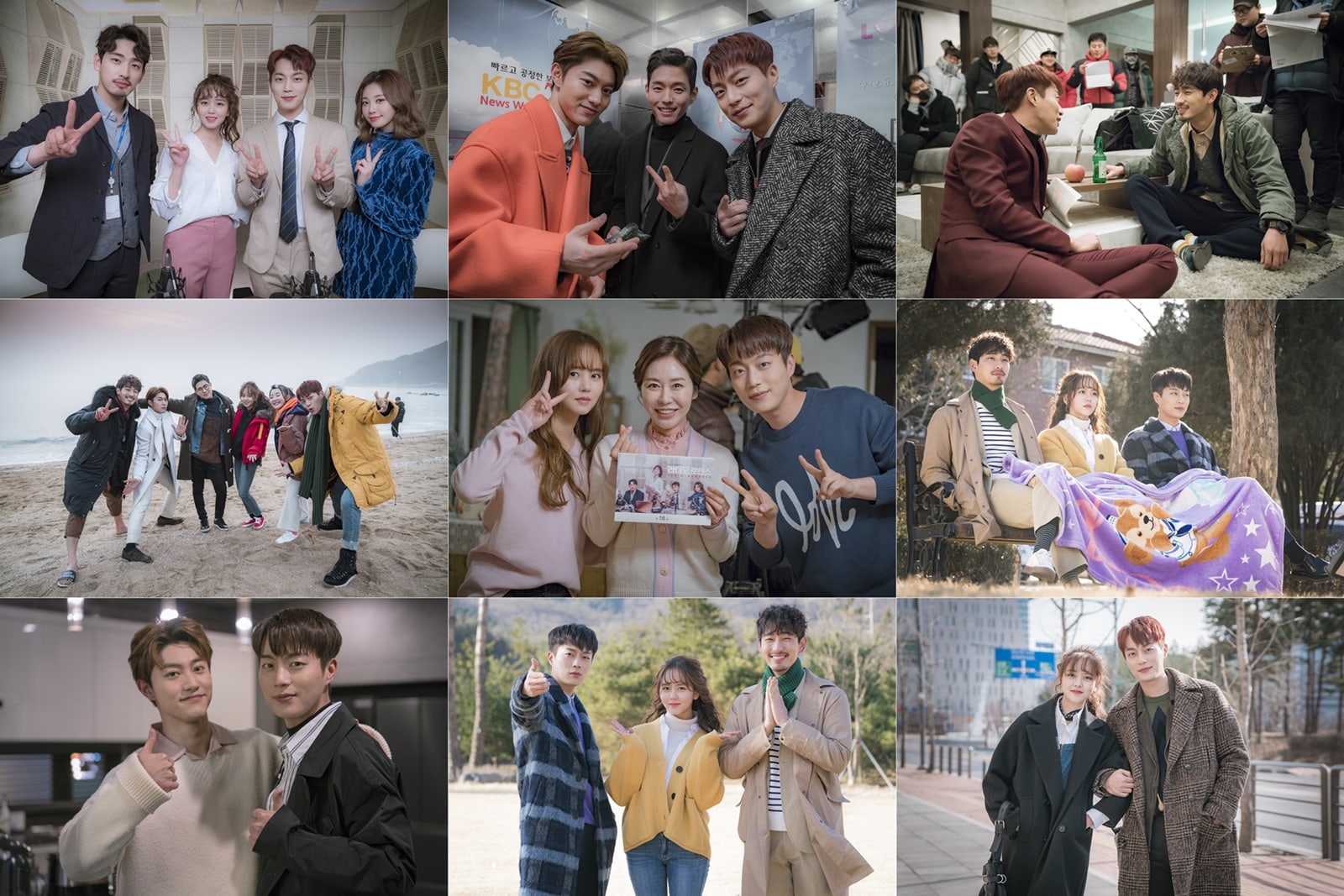 “Radio Romance” premiered on January 29 and invited viewers to a special and honest world with an analogue touch. The drama was a healing romance story between top star Ji Soo Ho and radio scriptwriter Song Geu Rim. Coming from two completely different worlds, they learned to heal each other’s scars and support each other’s dreams, receiving love from viewers for their warm story of love and growth.

The production staff of “Radio Romance” stated, “‘Radio Romance’ began on a cold winter’s day and is nearing its end. We want to thank our viewers for showing us their love and support during this time together. Please anticipate the last two episodes to see how everyone’s stories end.” 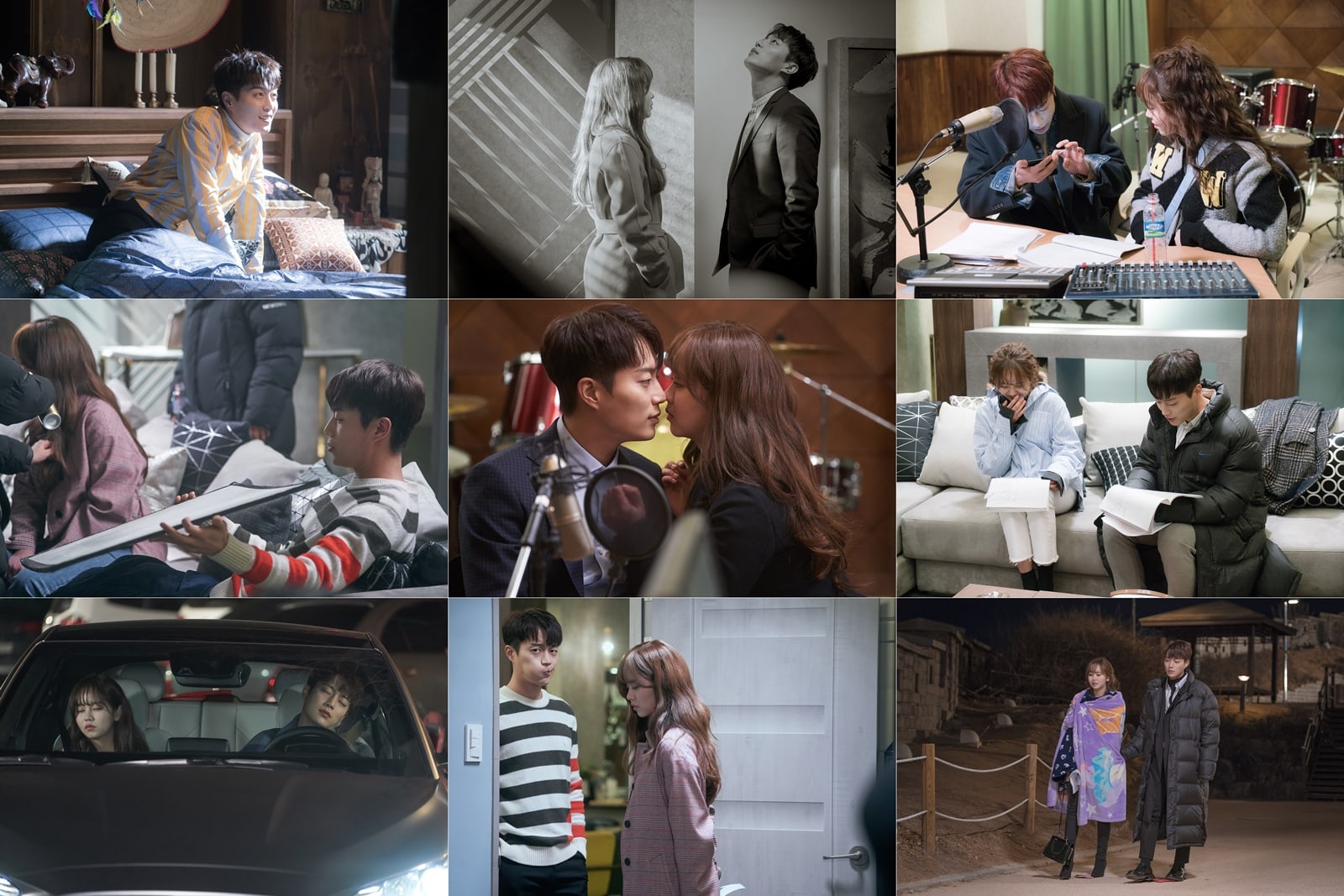 “Radio Romance” airs every Monday and Tuesday at 10 p.m. KST on KBS 2TV. Catch the latest episode before the final two episodes air this week!