Wanna One took the top spot on many major realtime charts with their new track “Boomerang”!

“Boomerang” quickly rose on realtime charts. As of 10:30 p.m. KST, it came in No. 1 on five major realtime charts including Melon, Bugs, Mnet, Naver, and Soribada. The song was at No. 2 on Genie.

During their comeback show on March 19, Wanna One found out that they’d come in first place with “Boomerang,” and bowed in thanks to their fans. 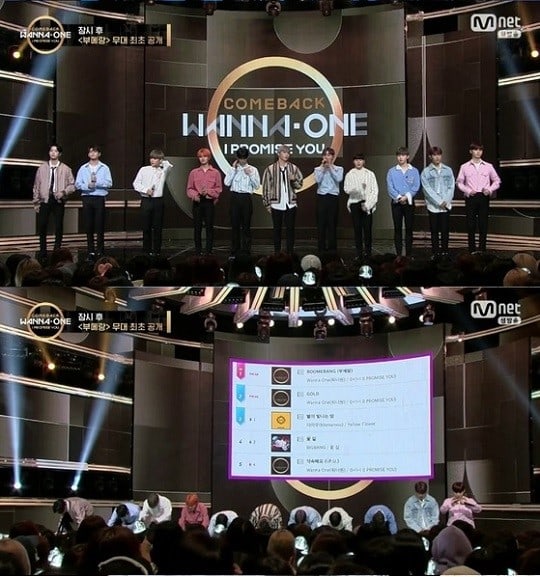 Wanna One also had great success on the charts with their pre-release track “I.P.U.”