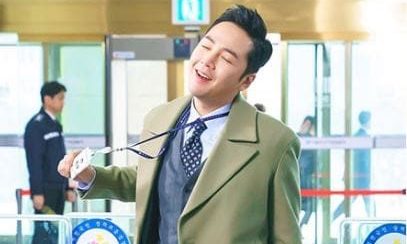 “Switch” revolves around the story of a conman-turned-prosecutor who makes criminals pay for crimes that prosecutors did not. Jang Geun Suk will take on two roles, Sa Do Chan, a swindler and wannabe prosecutor, and Baek Joon Soo, a prosecutor who follows the law to the smallest of details.

In the photos, Jang Geun Suk appears as if he’s dancing his way into the prosecutors’ office. He can’t hide his elated expression, and he is all smiles as he enters his new workplace. His cheerful appearance perfectly portrays the easy-going and lighthearted nature of Sa Do Chan. 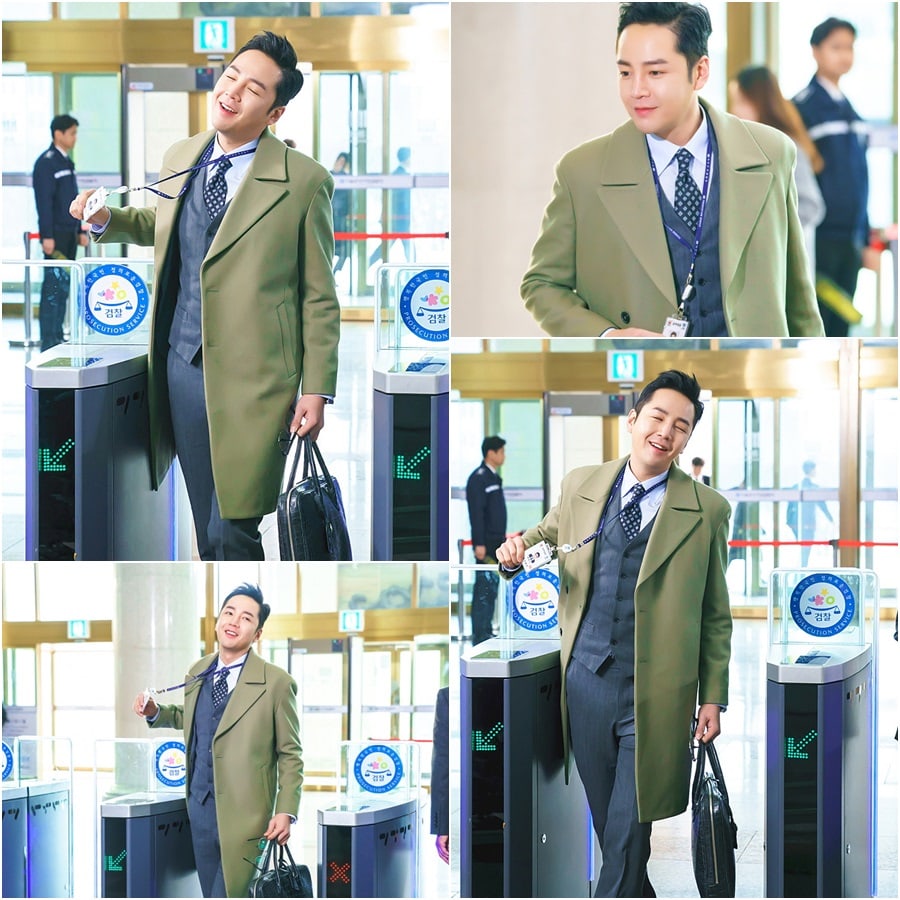 These shots were taken while he was filming on February 27 at Asan in South Chungcheong Province. Clad in a stylish trench coat, Jang Geun Suk acted out exaggerated movements and humorous expressions that made everyone on the film set burst into laughter. The actor is known to meticulously choose the outfits for fashionista Sa Do Chan himself, and he also researched how to come up with the best expressions, gestures, and way of speaking to define his sly yet charming conman character.

A source stated, “Jang Geun Suk is the best person to play the role of Sa Do Chan, who crosses the line between a con artist and a prosecutor freely, and conveys a pleasant and cheerful feeling. Even the staff members on set are falling deeply for Sa Do Chan’s charms.”

You can watch the trailer below!