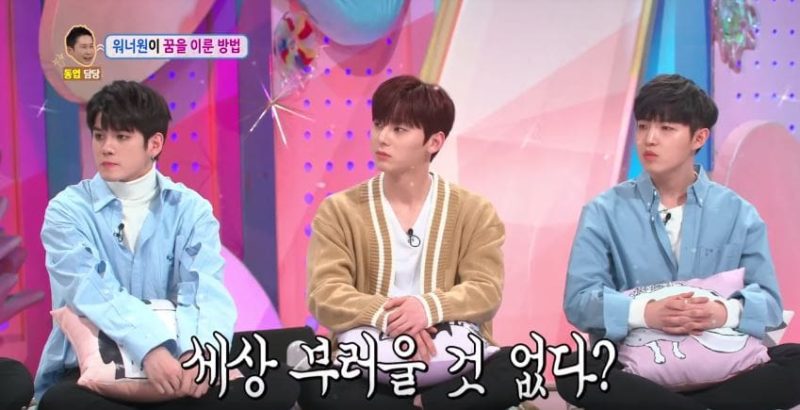 “Hello Counselor” is a program that invites people to come and share their concerns. The hosts, celebrity guests, and the audience listen and try to encourage through advice and anecdotes of their own.

On the March 19 episode, someone’s concern was about their younger sister who dreamed of being a model, but wasn’t making any effort to become one. Shin Dong Yup, one of the hosts, asked the Wanna One members to share what they had to do to get to where they are now as idols.

Hwang Min Hyun replied, “I’ve dreamed of being a celebrity ever since my third year in middle school. The act of appearing on an audition program was desperation itself. We wanted to become Wanna One so badly that for six months, we practiced with only one hour of sleep. We focused with everything we had.”

Ong Seong Woo shared, “It’s been 10 years since I started dreaming about becoming a celebrity. During that period, there were times when I worked hard, and there were times when I played a lot. I think confidence and self-respect are the most important. Of course I was frustrated and embarrassed at times, but I remained hopeful while reminding myself, ‘I’m going to be fine. I’m going to make it big.'”

Kim Jae Hwan revealed, “While I was in college, I really wanted to sing but because I wasn’t well off, I worked part-time. With the money that I worked hard to earn, I rented a practice room and practiced there.” 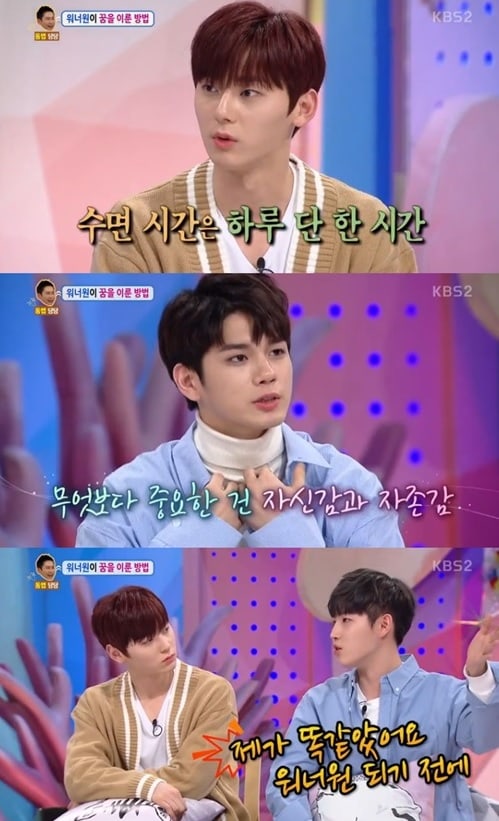 Meanwhile, Wanna One recently made a comeback with title track “Boomerang” from their second mini album “0+1=1 (I PROMISE YOU).”