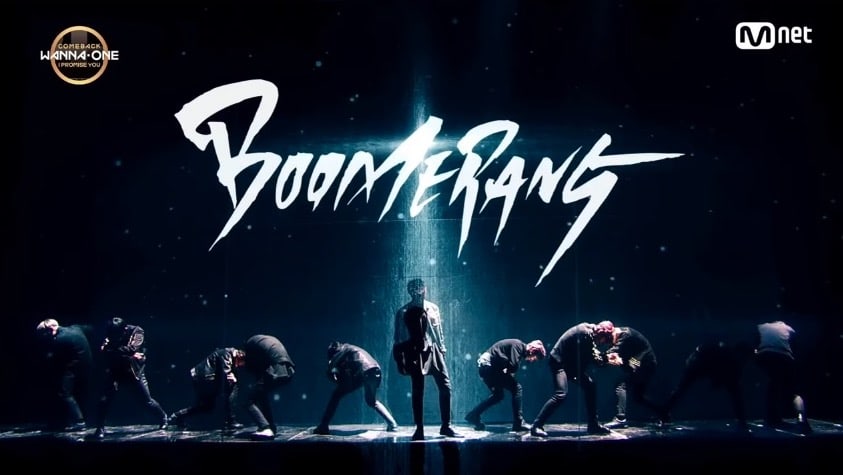 Watch: Wanna One Performs New Tracks For The First Time + Gets Support From Friends And Family On Comeback Show

On a comeback show on March 19, Wanna One performed their new tracks for the first time and received support from friends and family!

In addition to many great performances, the show shared behind-the-scenes footage of the Wanna One members filming “Boomerang.” They also sang songs at karaoke from all different genres, including ballad, rap, and dance tracks. About the performance of their new song, they said, “We have no time for rest. The dance is more powerful, and the moves are harder. The dance looks easy, but that’s not true.”

“Boomerang” quickly topped realtime charts after its release. Wanna One expressed their gratefulness as they said, “Thank you, Wannables. We were surprised many people listened although it hasn’t been long since it was released.” Park Ji Hoon added, “We couldn’t have come this far without Wannables. Thank you, and I love you.”

Through a video, Yoo Seon Ho showed his support for Wanna One, saying, “Congratulations on your comeback. I hope you will always be healthy and happy.” MXM also said, “It’s been a while since you guys promoted, and we believe you will do well. We hope you guys will only walk on a flower path.” 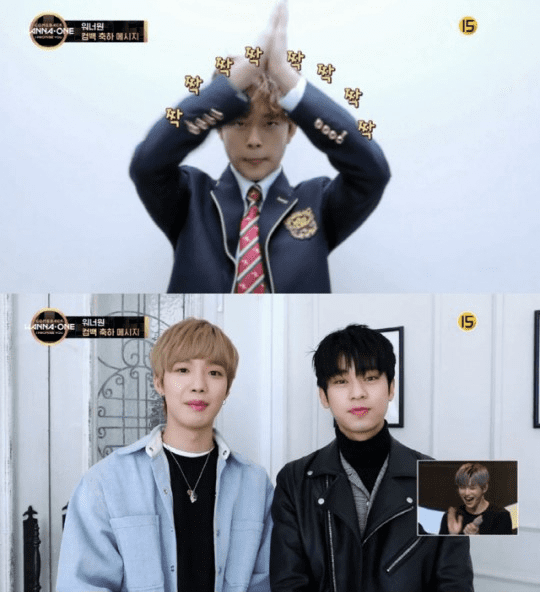 The women’s curling team, who showed their love for Kang Daniel on “Infinite Challenge” previously, congratulated Wanna One on their return to the music scene. They said, “Congratulations on your comeback. We have a feeling it will be a hit. We’ll buy ten albums.” Kim Kyung Ae added, “Every time I worked out, I gained energy from Wanna One’s songs, and I think I’ll be able to continue to listen to them this time.”

Ha Sung Woon‘s grandfather also made a surprise appearance in the video. He stated, “You need to hurry up and go to the military and get married. What will you do? Come over with your friends and have fun on the field.” Even Kang Daniel‘s pet cats Rooney and Peter popped up on screen, delighting the cat owner himself. 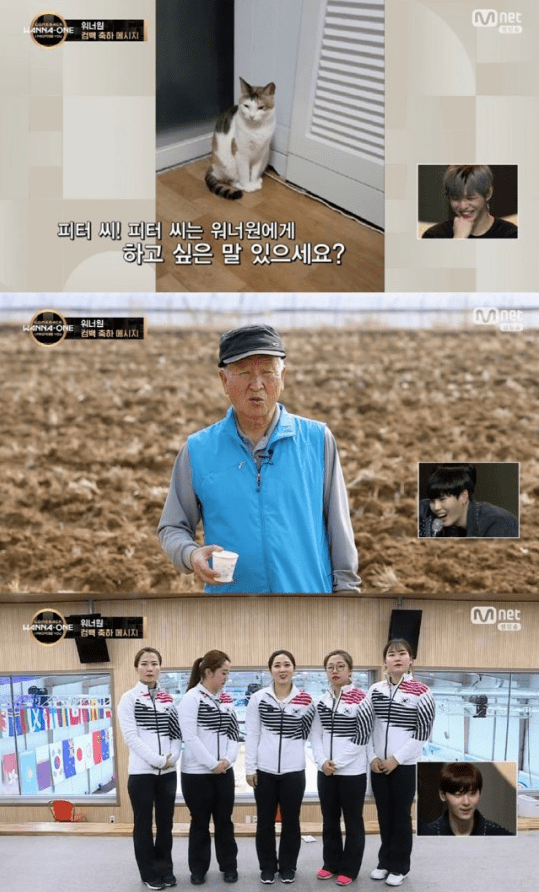 Watch Wanna One’s performances from the show below!