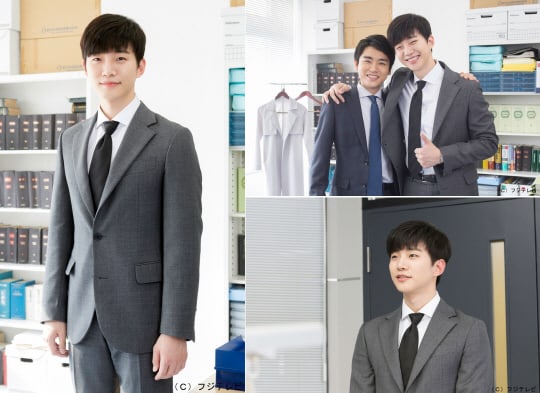 tvN’s “Memory” is set to be remade in Japan, and there will be some special guest cameos!

“Memory” is a 2016 drama about a high-profile attorney (Lee Sung Min) who becomes diagnosed with Alzheimer’s, and about the family and lifestyle he wants to protect before his memory completely fades away. In the drama, 2PM’s Junho played junior associate Jeong Jin, whose work ethic is near-perfect but has a irritable personality.

A Japanese remake is currently in the works, and Junho recently filmed a cameo appearance for the upcoming production. The 2PM member readily agreed to the cameo as “Memory” has a special place in his heart as his first acting piece. Notably, the cameo will also mark the first time Junho is acting in a Japanese drama. Lee Sung Min will also reportedly be making a cameo in the Japanese remake as well.

Junho expressed, “I am very happy to be appearing in the Japanese version of ‘Memory.’ The atmosphere on set was warm, and I was overwhelmed because it felt like how it did when I filmed ‘Memory’ in Korea. I had fun.”

“This drama has a story that makes you reflect and look back on your mistakes, and appreciate every little thing that happen around you instead of missing them,” Junho commented. “While watching ‘Memory,’ I hope that you will feel love for the people around you, and understand what you should remember and not forget.”

A source from the production crew shared, “We filmed very amicably, and Junho has a great aura as an actor. Please look forward to seeing when and where he will appear.”

The Japanese remake of “Memory” will air on March 21, at 10 p.m. local time. Watch the original drama below!

Memory
2PM
Junho
How does this article make you feel?