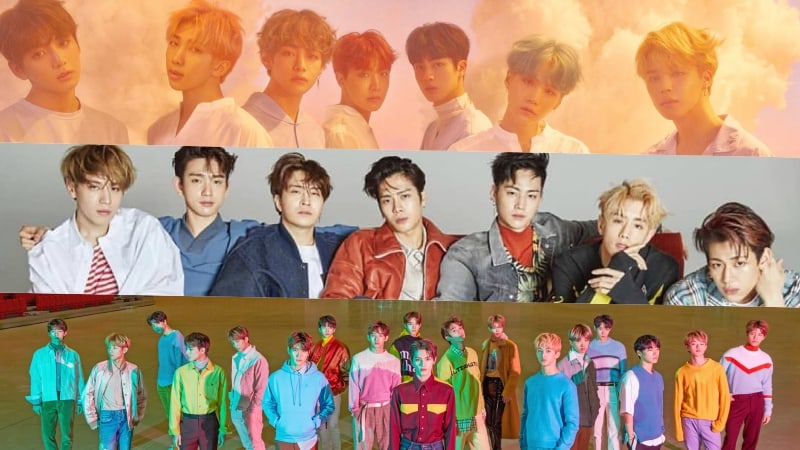 BTS, GOT7, And NCT Take Spots In Top 5 Of Billboard’s World Albums Chart

Billboard has released its charts for the week ending in March 24, and BTS’s “Love Yourself: Her” has risen back to No. 1 on the World Albums chart. This is the mini album’s 26th week overall on the chart.

GOT7’s “Eyes on You” has made its debut on the World Albums chart at No. 2. The mini album includes the title track “Look.”

NCT’s “NCT 2018 Empathy” has grabbed the No. 5 spot on the chart. This is the group’s first full album and it features all 18 members, with tracks by their sub-units including NCT Dream, NCT U, and NCT 127.

BTS member J-Hope’s mixtape “Hope World” remains on the chart for a third week, now at No. 7. MAMAMOO’s “Yellow Flower” comes in at No. 8 in its second week.

Heize’s new mini album “Wish & Wind” has also entered the chart at No. 9.

GOT7
MAMAMOO
Heize
NCT
BTS
J-Hope
How does this article make you feel?