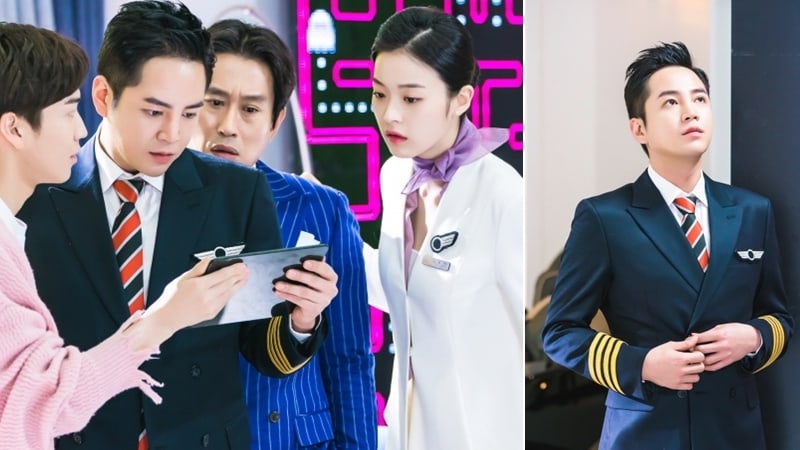 SBS’s “Switch” is an upcoming drama that explores the tale of the intellectually briliant conman-turned prosecutor Sa Do Chan (Jang Geun Suk), who takes it upon himself to capture criminals that others haven’t been able to.

In the drama, Sa Do Chan is aided by his team of fellow conmen: director Bong (Jo Hee Bong), who’s good at special effects makeup and talking himself out of trouble, So Eun Ji (Shin Do Hyun), a fraud actress who was originally a nurse and would do anything for Sa Do Chan, and Jeon In Tae (Ahn Seung Hwan), a genius hacker who lacks social skills and is known for his cynical personality.

In the newly released stills, these four conmen are surprised by something they see on a tablet. While they are usually bright and mischievous, they all look noticeably worried by whatever is on the tablet. Notably, Jang Geun Suk and Shin Do Hyun are dressed up as a pilot and flight attendant respectively. In one particular photo, Jang Geun Suk, as Sa Do Chan, ends up storming off with the other three staring at him. 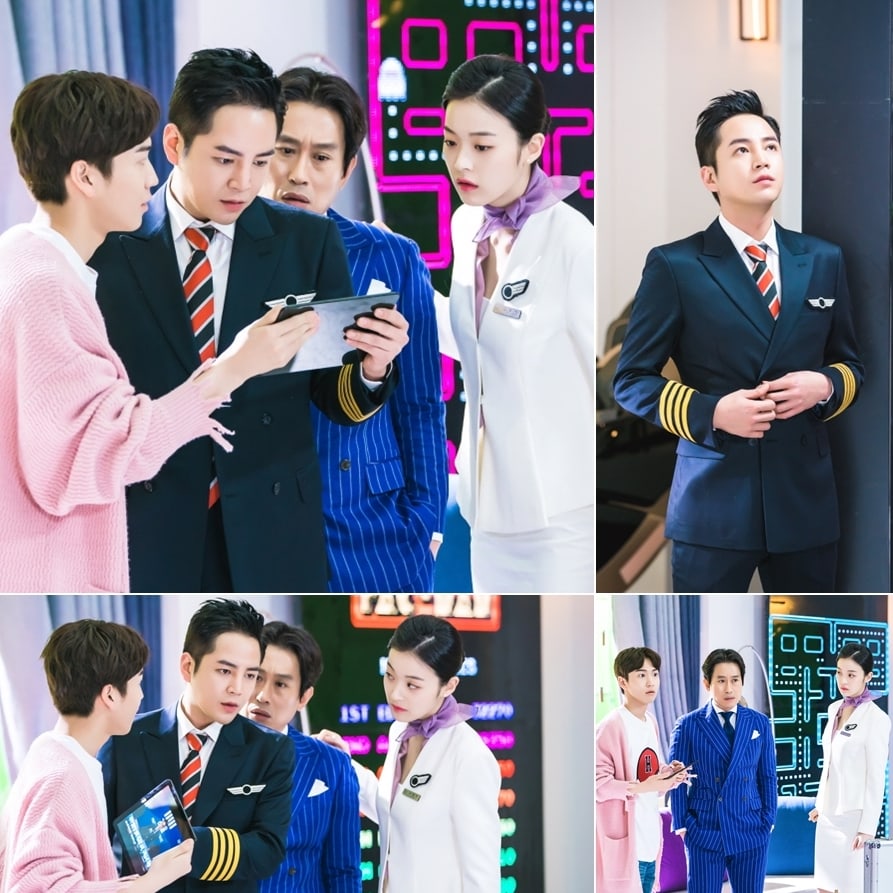 This scene was filmed on March 13 in Ilsan. Each of the actors were met with approval when they showed up on set with their new “costumes.” Jang Geun Suk was reportedly very pleased with his pilot uniform, and couldn’t hide the smile off of his face. Known to be the “mood-maker” on set, Jang Geun Suk also made the rest of the cast and crew laugh with his comedic lines.

The four actors are said to have great chemistry together, and their teamwork will cause much laughter during the drama. The production crew commented, “All the actors have been passionately filming and have been a huge help in raising the end result of ‘Switch.’ Please keep an eye out to see what kind of frauds Sa Do Chan and the other three conmen may commit.”