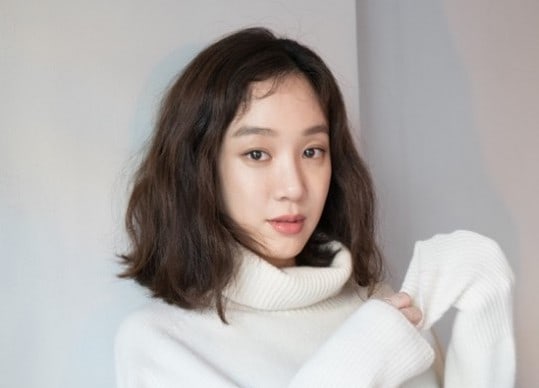 Actress Jung Ryeo Won has confirmed her next project!

Titled “Greasy Melo” (literal translation), the upcoming Monday-Tuesday drama from SBS will be written by Seo Sook Hyang and directed by Park Sun Ho. Previously Jung Ryeo Won, Jang Hyuk, and 2PM’s Junho were said to be in talks for the lead roles.

“Greasy Melo” tells the story of a star chef who goes from running the top Chinese restaurant in South Korea to working at a neighborhood restaurant on the brink of closing. Jung Ryeo Won will play a character named Dan Sae Woo, the daughter of a chaebol family who refuses congratulatory wedding money [money given by wedding guests to the bride and groom] but instead gets a big cheque from her father as “wedding allowance” money.

Dan Sae Woo’s hobbies include horseback riding, professional-level fencing, and other typical upper-class pursuits, until she undergoes a change in her life after tasting a bowl of jajangmyun [black bean paste noodles] at a local restaurant she happens upon.

“Greasy Melo” is penned by the same screenwriter who wrote rom-coms such as “Pasta,” “Miss Korea,” and “Don’t Dare to Dream (Jealousy Incarnate).” The director of “Greasy Melo” has previously directed another well-received rom-com, “Suspicious Partner.”

After a long hiatus, Jung Ryeo Won made waves last year with her portrayal of the ace prosecutor Ma Yi Deum in KBS’s “Witch’s Court.”

“Greasy Melo” will begin airing after “Should We Kiss First” ends in May.

Jung Ryeo Won
How does this article make you feel?