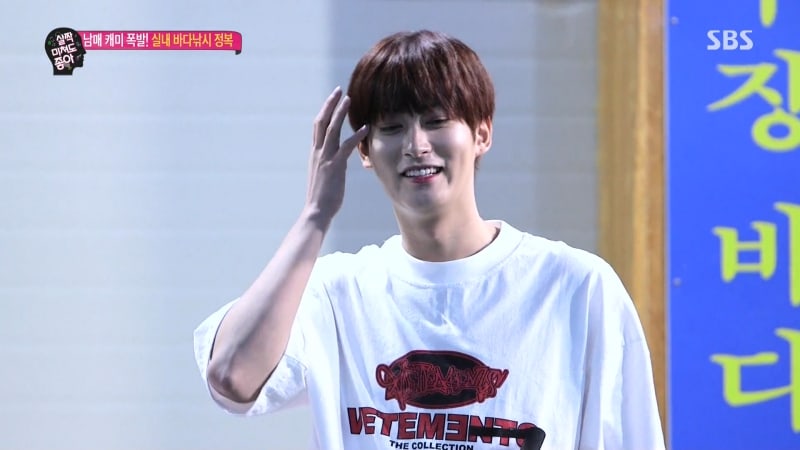 As the two sat together enjoying indoor fishing, Han Eun Jung asked Jaehyo how he came to like fishing in spite of his busy schedule as an idol.

“I usually joke that it’s because sashimi [raw fish] is expensive on television,” Jaehyo said. “But actually when I was young, my relationship with my father wasn’t that great. As I grew older and was about 25 years old [by Korean reckoning], my mother showed me the love letters my father had written. In those letters were so many things that I would’ve written myself. I then realized that I was like my father in a lot of ways.”

He continued, “So I began trying out things that my father liked one by one. And one of them was fishing.” 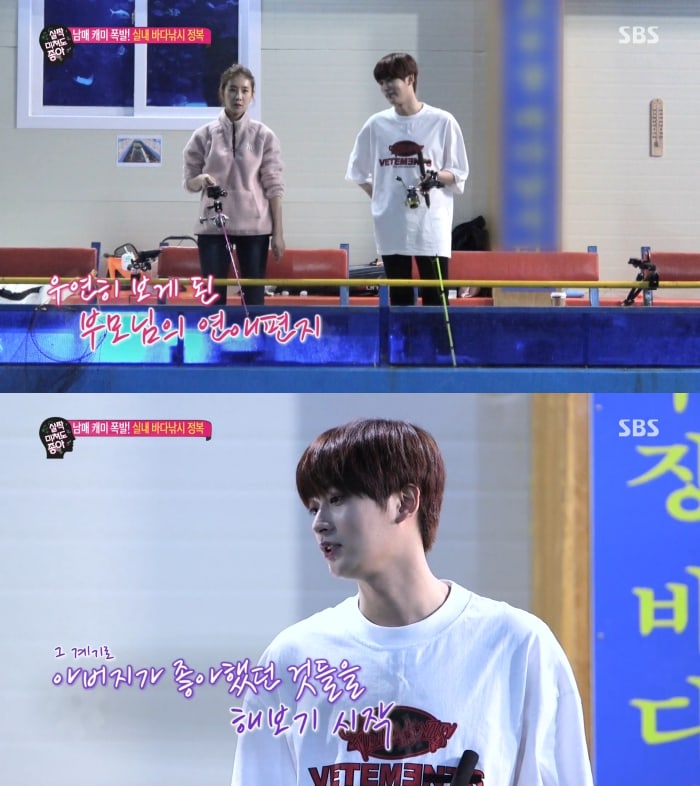 Upon hearing his story, Han Eun Jung commented that Jaehyo grew up very fast, and complimented him for being so mature. Jaehyo, however, appeared embarrassed and shook away the compliment, turning his attention to fishing instead.

Block B
Han Da Gam (Han Eun Jung)
Jaehyo
Little Too Crazy
How does this article make you feel?