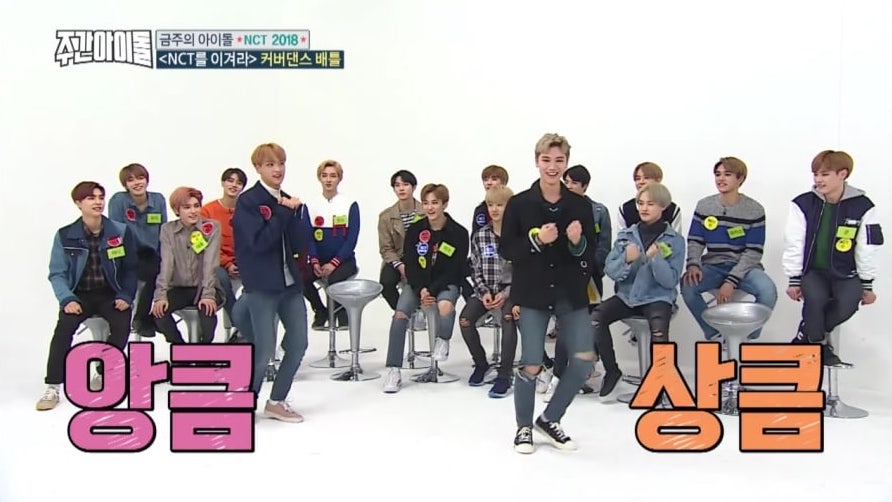 NCT showed off their moves on MBC every1’s “Weekly Idol”!

During the March 21 episode, all 18 members of NCT appeared and competed against one another in units. One of the competitions was a dance cover battle to SHINee member Taemin’s “Move,” Red Velvet’s “Red Flavor,” TWICE’s “Cheer Up,” BLACKPINK’s “As If It’s Your Last,” and MOMOLAND’s “BBoom BBoom.”

Haechan stepped up to dance to every single song and was eventually announced as the winner of the challenge. When the MCs weren’t sure whether to award his win to NCT 127 or NCT Dream, he chose to give it to NCT 127 to make the competition more exciting since NCT Dream already had one point.

When asked about the secret behind his knowledge of all of this choreography, Haechan said, “I’m interested and always watch it.”

Check out the dance battle below!

NCT
Weekly Idol
How does this article make you feel?