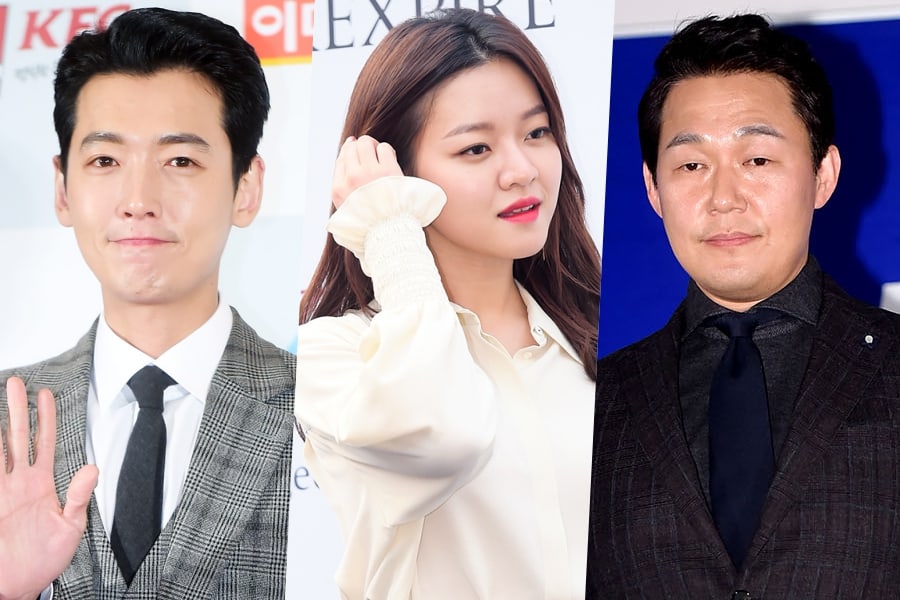 Jung Kyung Ho, Go Ah Sung, and Park Sung Woong will be starring in a new remake of the BBC series “Life on Mars”!

On March 22, OCN confirmed that the three actors would be playing the lead roles in its upcoming remake of the hit British TV show. The original series ran from 2006 to 2007 and inspired remakes in a number of countries, including the United States and Spain.

The new Korean adaptation will feature Jung Kyung Ho as Han Tae Joo, a present-day detective on the hunt for a serial killer in 2018, who suddenly wakes up to find himself in 1988. Unsure whether he is dreaming or not, Han Tae Joo ends up working with a team of detectives, including Kang Dong Chul (played by Park Sung Woong), who rely on methods drastically different from the ones he used in the modern era.

Actor Jung Kyung Ho remarked, “I really enjoyed both watching the original drama and reading the script [for the Korean remake]. I’m happy to be working again with director Lee Jung Hyo after ‘Heartless City,’ and I’m excited because I think I’ll be able to experience again the same joy that I did back then.”

While Jung Kyung Ho’s character Han Tae Joo is a brilliant, principled detective who prefers to rely on data and evidence rather than people, Kang Dong Chul is uninterested in evidence and instead uses his keen instincts and intuition to solve his cases.

Park Sung Woong commented, “I was interested by the character of Dong Chul, who appears to do whatever he wants [without caring about others], but actually turns out to have a warm heart. I wanted to portray him well.”

He went on, “I’m excited because it’s my first time working with director Lee Jung Hyo and actor Jung Kyung Ho. I can’t wait to work together with them on set. I’m preparing for the drama with a happy heart.”

Actress Go Ah Sung will be returning to the small screen to play the role of Yoon Na Young, the passionate ace investigator who dreams of becoming a star detective. She remarked, “Not only is the drama an exciting one, but it’s my first time playing a police officer, so I’m excited and happy. Since this is a new challenge for me, I’ll work especially hard. Please give us a lot of interest and anticipation.”

The producers of “Life on Mars” stated, “The synergy of the three actors, who all possess remarkable charm, will be a driving force that adds to the quality of the drama. Using the original series as a strong foundation and adding the sentiment of 1980s Korea, we plan to entertain our viewers in an entirely different way from the original. Please look forward to the fiery and exciting teamwork [of our stars].”

“Life on Mars” will be helmed by Lee Jung Hyo, the director behind tvN’s popular remake of “The Good Wife.” The drama is scheduled to begin airing in June.

Are you excited for this new show? Leave your thoughts below!