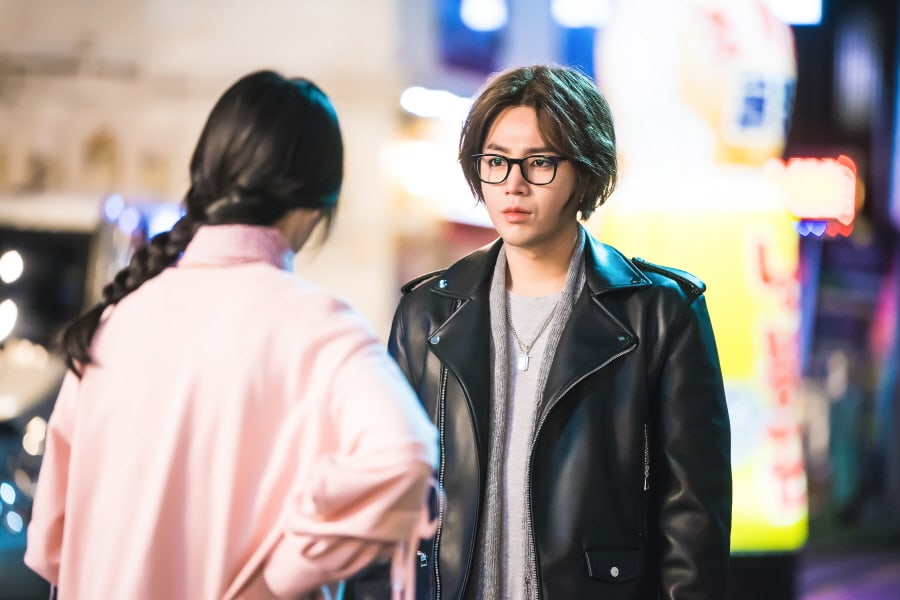 In the drama, Jang Geun Suk plays the role of Sa Do Chan, a genius swindler who fails to become a prosecutor.

The photos show him disguised as a typical street musician, holding a black guitar case and wearing a leather jacket with his hair dyed brown.

As Sa Do Chan confronts someone on the street, he looks disapproving at first and then appears to be fully angry, opening his eyes wide and diving into a heated argument. 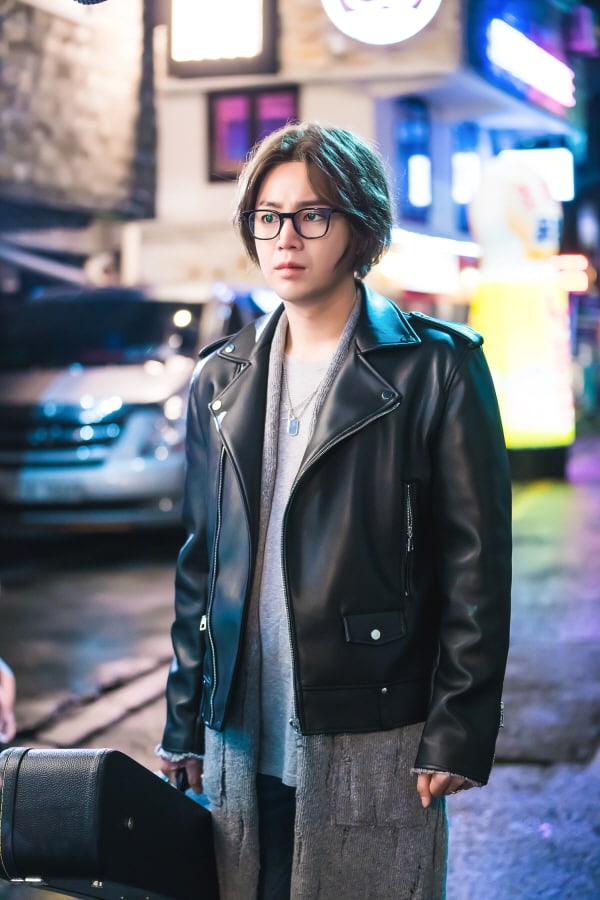 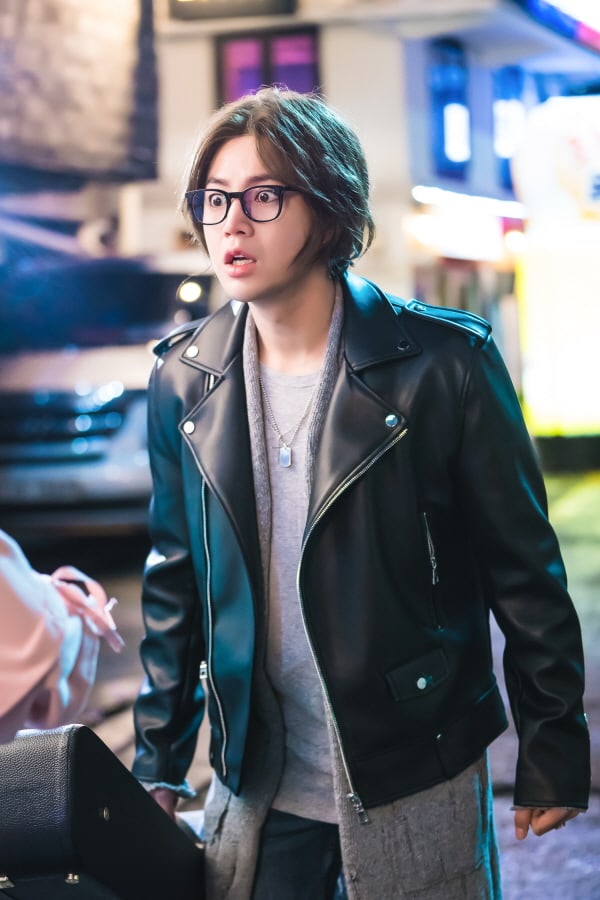 The scene was filmed on March 6 in Hongdae, which is an area famous for its street musicians. Jang Geun Suk came to set wearing horn-rimmed glasses and typical hippie-style clothes that Korean indie band members often wear. His readiness was received with cheers from the production staff.

Jang Geun Suk has been boosting the staff’s energy with his constant smiles and bright attitude despite the pressure of having to embody different personalities each recording due to his con-man character. He also monitors and reviews every scene in detail before moving on to prepare himself for the following scene.

The production staff of “Switch” shared that Sa Do Chan’s various transformations in each episode will be something to look forward to in the drama. “Jang Geun Suk’s enthusiasm in playing two parts as Sa Do Chan and Baek Joon Soo really stands out,” they said. “The staff on set are filming in high spirits as well.”