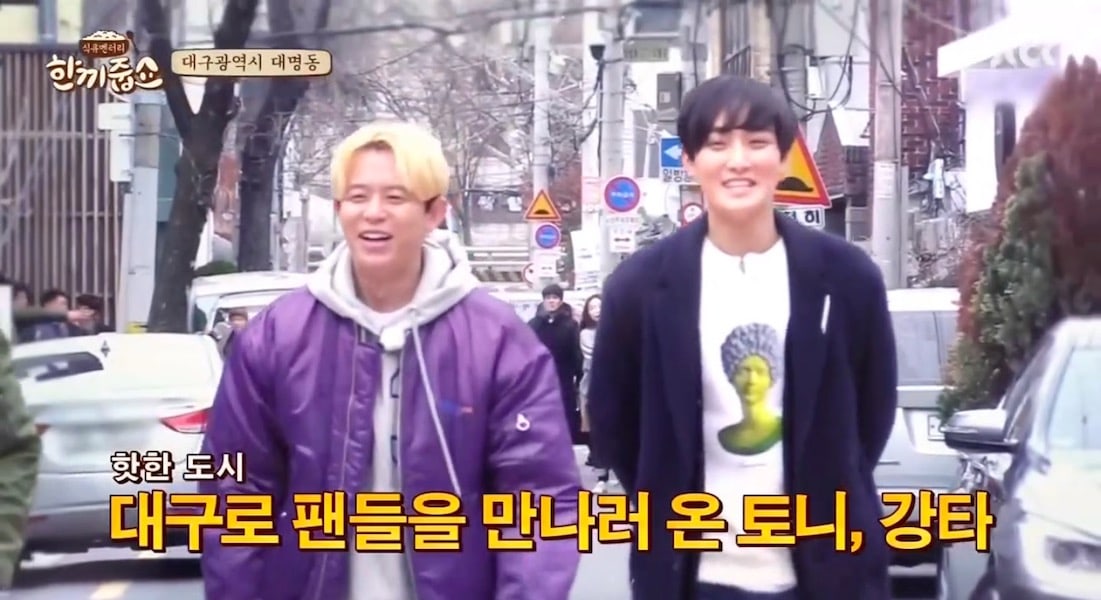 Tony Ahn And Kangta Explain How They Felt About H.O.T’s Reunion

H.O.T’s Kangta and Tony Ahn appeared as guests on the March 21 episode of JTBC’s “Let’s Eat Dinner Together.”

“Let’s Eat Dinner Together” is a program where celebrities go from door to door to see if they can be invited in for dinner. Once they get a yes, they spend time eating and talking with the hosts.

During the show, the two members shared how they felt about reuniting as H.O.T after 17 years. As a first-generation idol group, H.O.T debuted in 1996 to huge popularity and disbanded in 2001. The group recently returned to the stage through MBC’s “Infinite Challenge.”

On “Let’s Eat Dinner Together,” Kangta said, “It was touching to say, ‘Hello, we are H.O.T’ after such a long time.”

“I actually have no memory of that day,” added Tony Ahn, referring to the day they performed. “It was really overwhelming. We performed after a month’s preparation but it went by so fast that there was an aftereffect. I felt hollow, too.” 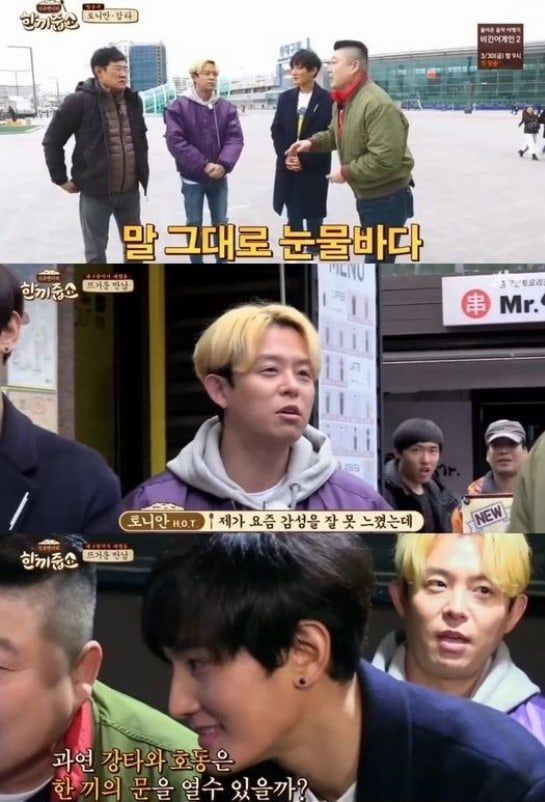 Before they started the challenge, Tony Ahn joked that he was worried he might succeed too fast. “I got an award last year and this year, H.O.T got back together. All powers of the universe are coming to me. I’ll succeed right away,” he said playfully.

In the end, however, Kangta’s team got a yes before Tony Ahn’s team did. Kangta and Kang Ho Dong were given dinner by a married couple. The wife complimented Kangta’s handsome looks, saying that she had never seen anyone as good-looking as him.

Tony Ahn and Lee Kyung Kyu were later invited to dinner by a mother and a son. “Homemade meals are the best,” Tony Ahn commented. “I think this is the first meal made by a mother that I’ve had since last year.”

Kangta
H.O.T.
Tony Ahn
Let's Eat Dinner Together
How does this article make you feel?