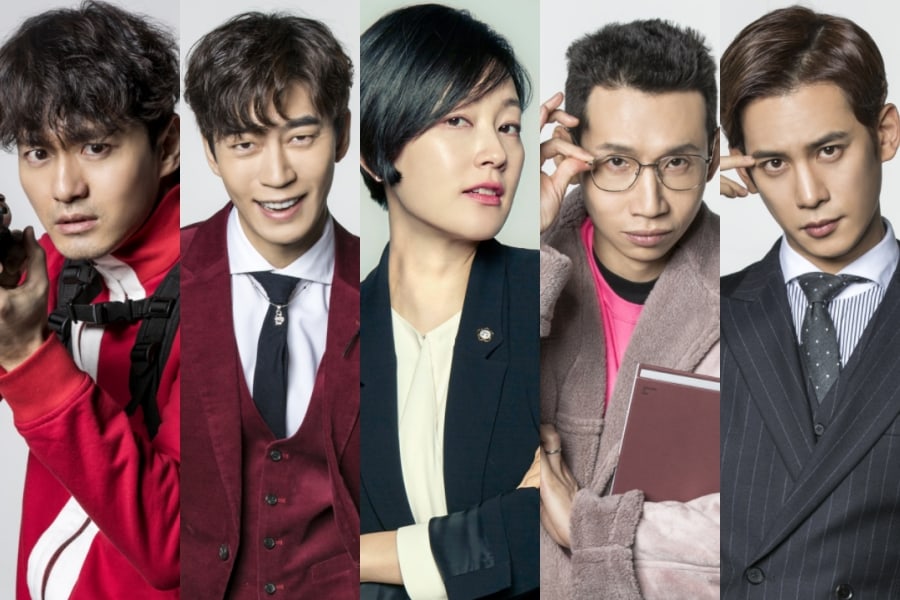 With the drama wrapping up, the cast of SBS’s “Return” talked about how they felt while filming and what the show meant to them.

The episodes 31 and 32 of “Return” that aired on March 21 marked 14.9 percent and 17.8 percent in viewership ratings, surpassing other shows in the same time slot.

Park Jin Hee who played the leading role of Choi Ja Hye in the drama expressed her gratitude to the viewers. “I’ve been doing my best with the part of Choi Ja Hye. There were somewhat difficult and demanding tasks but I related to Ja Hye in a lot of ways, so I think I tried harder to act out her character,” she said. “To everyone who has made it possible for us to film until now, the production crew and the staff, and the viewers who kept watching ‘Return’ until the end, I want to say I sincerely thank you.”

Lee Jin Wook shared that he deeply enjoyed filming “Return.” “It was a valuable time during which I learned what it’s like for the cast and the staff to work together and try hard,” he said. “I’m grateful for the viewers who watched the drama until the end.”

Shin Sung Rok showed his affection for the drama, commenting that it had become a precious work that he could remember for a lifetime. Bong Tae Gyu also said his experience in “Return” was so good that he could call it the main work of his filmography. “I was happy and joyful while filming. I’ll come back again with another good work,” he added.

Park Ki Woong, who played the role of Kang In Ho in the drama, looked back on his efforts to express the character. “As Kang In Ho’s actions shifted between good and evil, I tried hard to portray him so that the viewers could understand him well. Maybe they saw my effort, but there were more people than I expected who were interested in Kang In Ho, so that was a huge encouragement for me when acting,” he said. He went on to thank everyone who had participated in the drama as well as the viewers.

The production staff of “Return” expressed their gratitude for everyone involved. “We’d like to sincerely thank all the cast members who tried their best for ‘Return’ including Park Jin Hee, Lee Jin Wook, Shin Sung Rok, Bong Tae Gyu, and Park Ki Woong and the staff who passionately went ahead with hard and demanding filming,” they said. “We’d also like to thank our viewers once again who have placed us on the top in viewership ratings.”

The final episodes of “Return” aired on March 22.