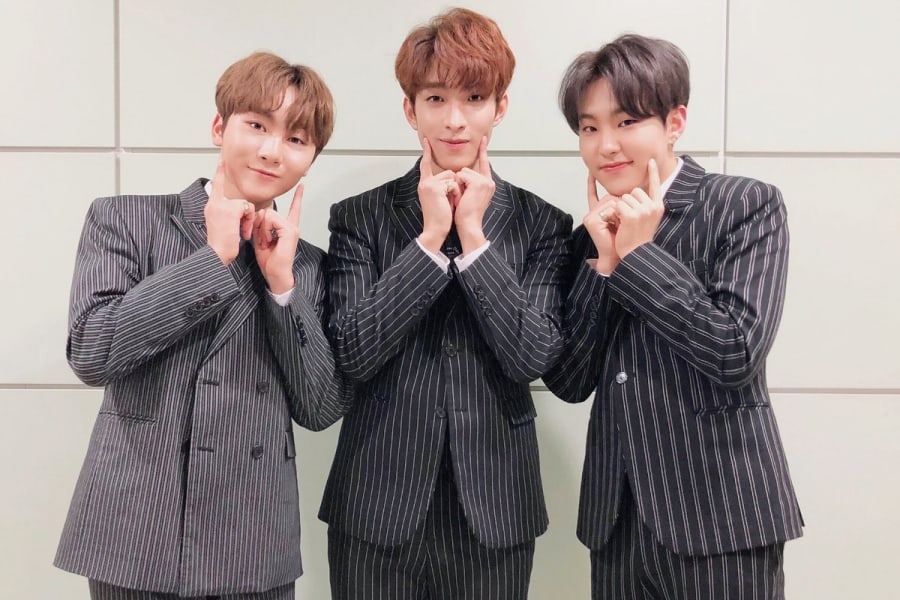 The unit explained that BookSeokSoon was a name that fans used to call them when they were trainees and added, “When we were trainees, we saw Orange Caramel and said, ‘Let’s promote as ‘Peanut Caramel’ in the future.’ We joked about doing it three years later, but we really ended up doing it.”

About their debut track “Just Do It,” BSS revealed, “We made it hoping that everyone would speak their complaints about the world without hesitation.”

When the DJ then asked if they air their complaints to their agency, BSS answered, “We can’t do that yet,” and made everyone laugh. 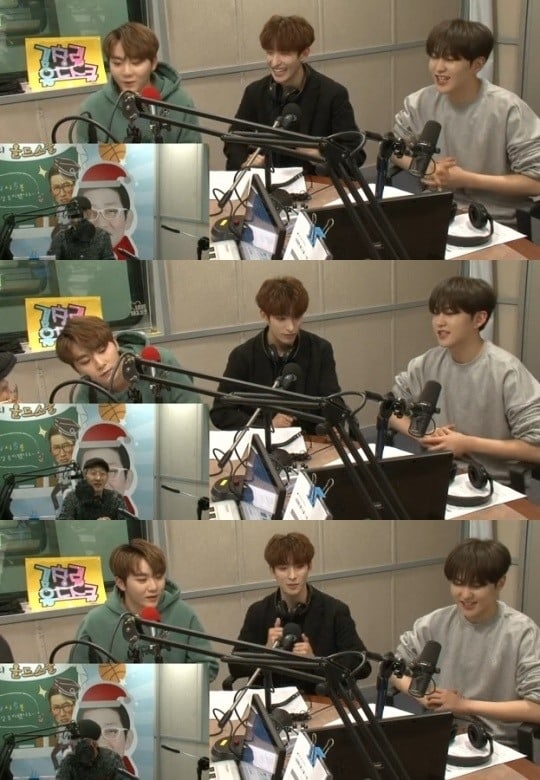 As a newly debuted unit, BSS shared their thoughts on their “seniors” SEVENTEEN and said, “SEVENTEEN is full of energy. We worked hard to prepare in order to follow in their footsteps. SEVENTEEN is very good at performing. They’re our role models, but we want to defeat them.”

BSS then spoke about the differences between promoting as a unit and a group. They said, “When we’re promoting with 13 members, our parts are very small.” They continued, “At the end of music programs, all of the singers stand on stage at the end. When we promoted as SEVENTEEN, there were 13 of us, so there was a feeling of ‘We’re SEVENTEEN.’ But since BSS is three people, we became hesitant.”

BSS members agreed and added, “SEVENTEEN also calls Woozi a genius. Since we have a member who composes music, it also makes other members learn.”

When asked to choose one SEVENTEEN member to bring their new unit, BSS responded, “We would recruit the youngest member Dino and promote as ‘BookSeokSoonChan.'” Dino’s full name is Lee Chan.

After Kim Chang Ryul shared a story of how he saw a record store in Japan covered in SEVENTEEN posters last year, BSS talked about how SEVENTEEN will officially debut in Japan on May 30 with the release of their first Japanese album.