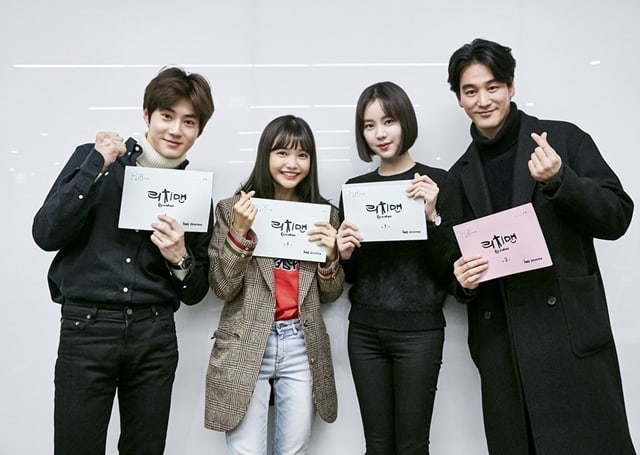 “Rich Man, Poor Woman” will be a remake of the popular 2012 Japanese series “Rich Man, Poor Woman.” The story will revolve around genius programmer and CEO Lee Yoo Chan (played by EXO’s Suho) who has a facial recognition disability and therefore can’t recognize the face of the woman he loves, and Kim Bo Ra (played by Ha Yeon Soo), a job seeker with a positive attitude and a memory that matches that of Alpha Go.

The script reading was led by director Min Doo Shik and brought together the stellar cast that will bring the drama to life including EXO’s Suho, Ha Yeon Soo, Oh Chang Suk, Kim Ye Won, Yoon Da Young, Kim Min Ji, Lee Jae Jin, and Choi Ji Na. The room was buzzing with energy as much of the cast are young actors, and director Min Doo Shik stated, “We will all do our best to have fun and enjoy our time together.” 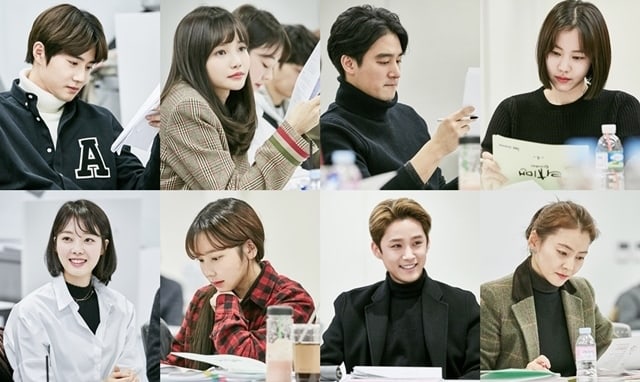 As soon as the script reading began, Suho and Ha Yeon Soo perfectly transformed into their characters. They expertly exchanged lines back and forth like a tennis match from their first scene, teasing great chemistry to come from the two leads. The underlying romance that is set to bloom between the two is set to create the perfect romantic comedy for this spring.

Oh Chang Suk added more to the drama through his role as Min Tae Joo, a warm and gentle “perfect guy” who is also the vice president of Lee Yoo Chan’s IT company Next In. Kim Ye Won will add more fun to the drama as Min Tae Ra, the younger sister of Min Tae Joo and an art curator.

Suho stated, “I’m having so much fun and it’s an honor to be working with such a great cast and crew. I will work hard to make this a bright and fun drama that is perfect for spring, so please anticipate it.”

“Rich Man, Poor Woman” will be a romantic comedy about the lives and loves of youth, and will premiere on May 9 on Dramax and MBN. The drama will also be available exclusively on Viki!