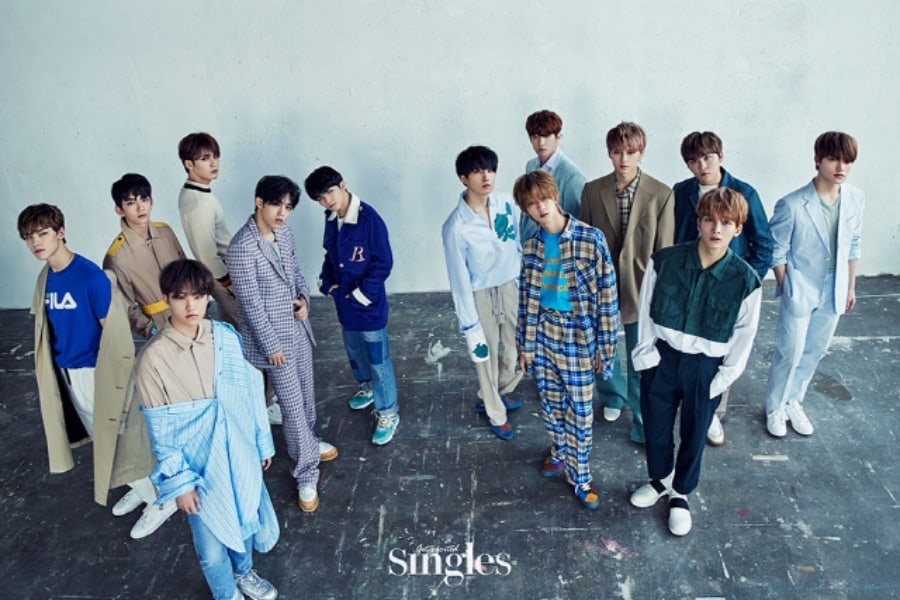 SEVENTEEN Shares What They Think Is The Secret To Their Success

In a recent pictorial and interview for Singles Magazine, SEVENTEEN talked about what they consider their greatest strengths as a group.

The idols, who will be gracing the cover of the magazine’s upcoming April issue, successfully wrapped up their Japanese tour earlier this month. Although SEVENTEEN has not yet officially debuted in Japan (their Japanese debut is currently scheduled for May), they still managed to draw a total of over 100,000 concertgoers during their tour.

When asked about their remarkable ability to surprise fans with each comeback by coming up with new and unique performances every time, Wonwoo commented, “We ourselves are always trying to figure out all of the different concepts that we can present on stage.”

He continued, “We also spend a lot of time studying and debating different expressions, gestures, and acting-related elements that we can use to improve our performances, to reach a level of quality only achievable by SEVENTEEN.”

Seungkwan chimed in, “Not only do we work on our own albums, but we also come up with ideas for our live performances and broadcasts. When we get to see our results before our very eyes after all of our hard work, there is a huge sense of accomplishment. That sense of accomplishment doubles if our fans like [what we’ve prepared].”

SEVENTEEN also reported that they only need a week of practice in order for all 13 members to fully master the choreography for a new song. The secret, Woozi revealed, was the group’s “teamwork.” 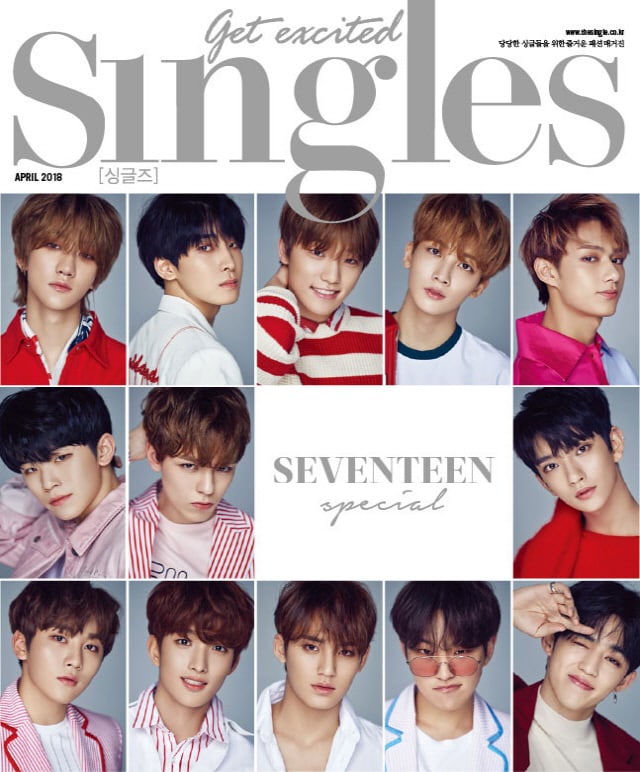 “Our members have been living together since middle and high school,” explained Woozi. “Even the members who began training relatively late have still lived with us for over five years. So now we’re at the point where we can tell what each of us wants just by looking into one another’s eyes.”

S.Coups added, “In order to improve team synergy when we come together as a group, each member needs to have strong individual skills as a foundation. In order to perfect our performances, each member practices hard [on his own].”

The SEVENTEEN leader went on to share, “It’s not just professional teamwork—all 13 members actually get along really well. Honestly, it’s hard to find even one true friend in life, but we each already have 12.”

SEVENTEEN
Singles Magazine
How does this article make you feel?