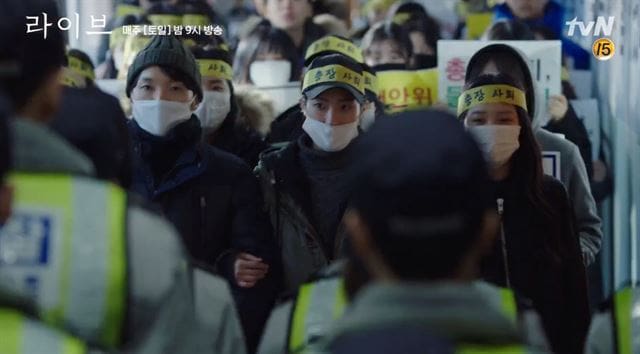 tvN’s drama “Live” apologized for the controversial scene of the protest at Ehwa Women’s University.

In Episode 2, Han Jung Oh (played by Jung Yoo Mi) and Yeom Sang Soo (played by Lee Kwang Soo) passed the police officer exam and were sent to a university demonstration site. This scene happened to be a remake of the 2016 Ehwa Women’s University protest where the police officers attacked the students.

After receiving criticism from offended viewers, the production crew explained that the scene was intended to address the conflicts between the lower-end police officers and the issues that triggered the incident, but they have decided to re-edit the drama to take out the scene. 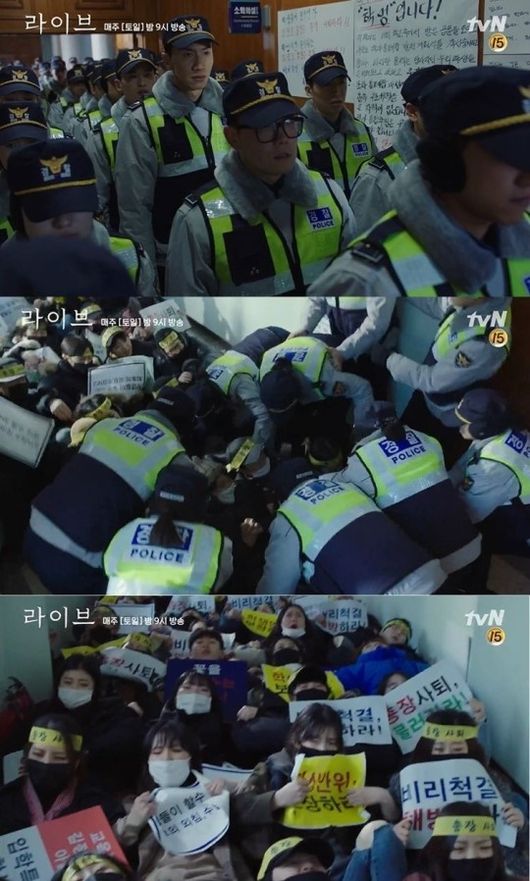 A source from the drama stated, “We would like to offer our apologizes to the alumni, the students, and everyone involved in the protest of the Ehwa Women’s University who were hurt by the riot act of Episode 2 that was aired on March 11. We deeply sympathize with the fact that the people who will still remember the hard scenes as trauma can be triggered again by the scenes associated with the situation at the time. Writer Noh Hee Kyung, Director Kim Gyu Tae, and the producers all deeply sympathize with the anger and scars of the students and express their apologies.

“The re-airing and re-watch services will also be changed to the re-edited version, and all materials containing the scene will be deleted online. Once again, we would like to offer our apologies to all who were hurt and offended by the scene. We will continue to pay greater attention to the production.”

“Live” airs every Saturday and Sunday at 9 p.m. KST.

Live (Drama)
How does this article make you feel?