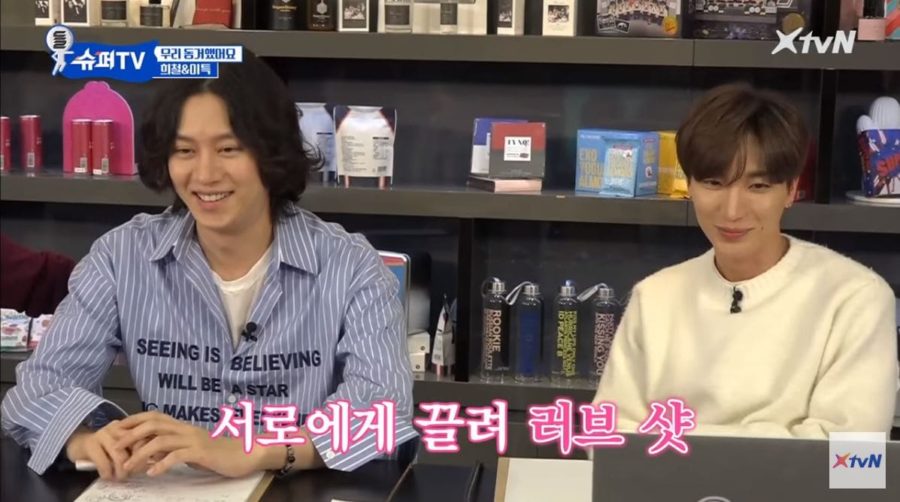 On the March 23 episode of XtvN’s “Super TV,” the second half of the “We Moved In Together” special aired. In the previous episode, the members were paired off with members they were the least close with, and lived with each other for the duration of the shoot. Shindong was with Donghae, Leeteuk with Heechul, and Yesung with Eunhyuk.

At Eunhyuk and Yesung’s place, the two sat on the couch and had a heart-to-heart about their trainee days. Eunhyuk first reminisced about how he had lived in a half-basement apartment at the top of a hill during his senior year in high school. He shared about how he had come home from school one day and found his mother laying on the ground because she was so worn out from working all day. He commented, “I still remember how my mother looked that day,” and his eyes began to tear up. Yesung sympathized with Eunhyuk, as he had also gone through difficult trainee times. 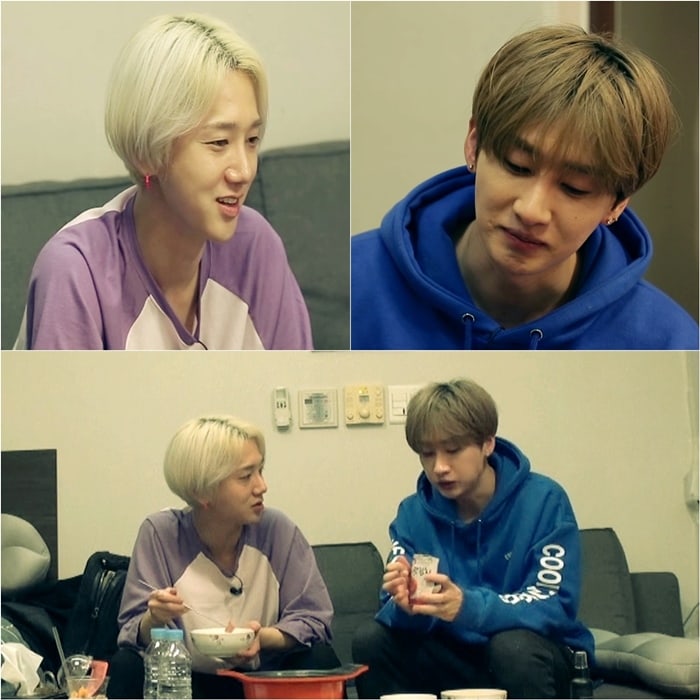 They weren’t the only ones who had a serious talk, as Heechul and Leeteuk also opened about their relationship. Heechul shared, “If you think about it, we weren’t as awkward when we were trainees.” Leeteuk agreed and said he thought it was because they had debuted and promoted differently. Heechul continued, “When we went on variety shows, all the members would prepare things together, but I would do it alone.” He explained that he had been jealous but also sensitive because of the work he had to do by himself.

Leeteuk also shared an incident about the two of them. He commented, “You were more well-known at the time because you came out on TV. A manager once came up to me and told me, ‘Heechul is going out on this show, and so I got you in, too. If you don’t do well, you know what’ll happen, right?'” He talked about how incidents like that made him wonder if he had to prioritize Heechul, and how he needed to work harder.

In an interview, Heechul mentioned that he and Leeteuk had been very close during their trainee days because they had been friends. He explained, “But as we started to work, we did well in what we did. We then started getting into conflict over certain things.” He shared that it felt better after they talked about this openly to one another.

Leeteuk also attested to their friendship, saying, “We can’t ignore the time that we spent together. Since we’re halfway through our 30s now, I think Heechul and I are starting to understand each other.”