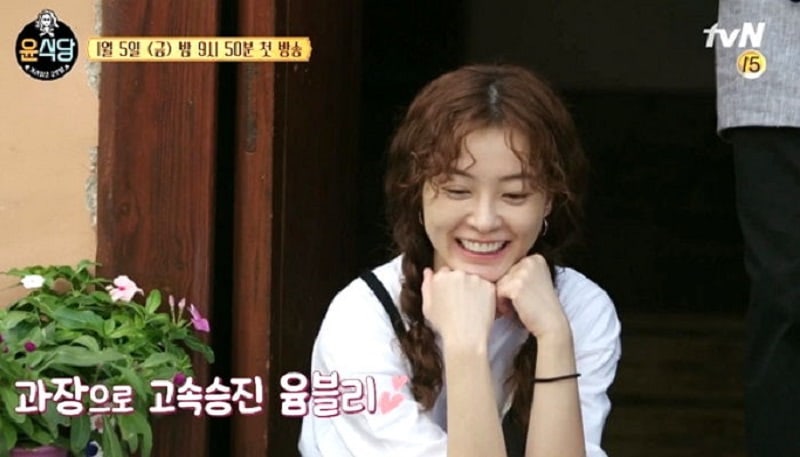 On March 24, Jung Yoo Mi uploaded photos she had taken throughout filming “Youn’s Kitchen 2” to her personal Instagram account. The first image is a cute cartoon of the cast with the phrase, “Youn’s Kitchen, thank you.”

The rest of the photos capture various behind-the-scenes moments, including one Jung Yoo Mi mentioned as making her laugh a lot. On the final episode of “Youn’s Kitchen 2,” Jung Yoo Mi revealed that the funniest moment was when she found Yoon Yeo Jung cooking sweet Korean pancakes (hotteok) in the kitchen. She explained, “I thought, ‘Why is she making hotteok here?’ and even took a picture.”

tvN’s “Youn’s Kitchen 2” ended its run on March 23, with Yoon Yeo Jung, Lee Seo Jin, Jung Yoo Mi, and Park Seo Joon pledging to reunite for a third season. The second season proved to be immensely popular and even set a record for the highest viewership of a tvN variety show.