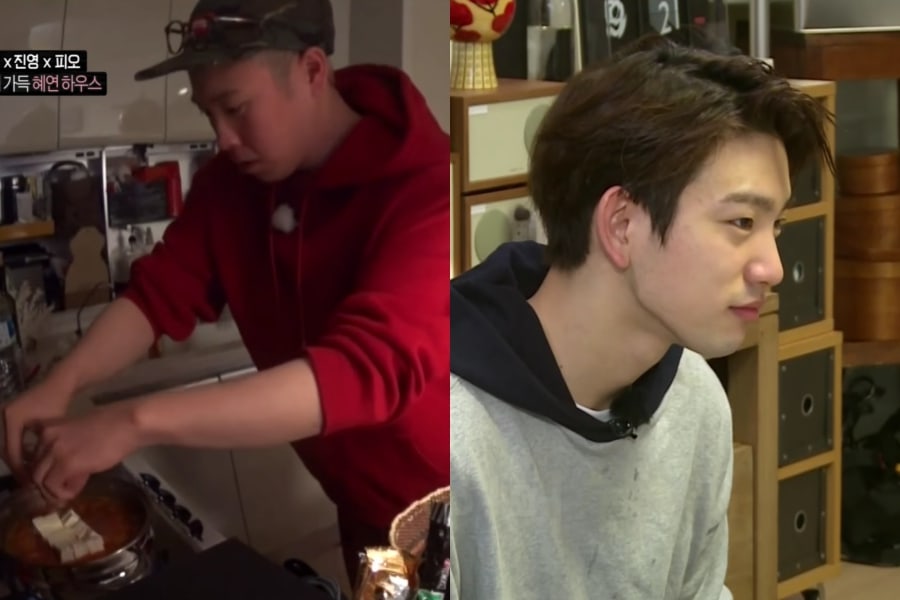 Block B member P.O showed his caring, brotherly side on MBC’s “Insolent Housemates.”

On the March 23 episode of the reality show, P.O got up before his roommates GOT7’s Jinyoung and stylist Han Hye Yeon to make breakfast.

He prepared the ingredients and made chili paste stew with meat and vegetables. The sounds in her kitchen woke up Han Hye Yeon and she was moved seeing P.O cooking so early in the morning. She put out the side dishes and rice while P.O went to Jinyoung’s room and whispered in his ear to wake him up.

During his interview, Jinyoung said, “At first, I was confused as to where I was. Then, when I saw that the person who was waking me up was P.O, I was so happy,” and smiled brightly.

The three roommates sat down to have their first and last breakfast together. P.O took care of Jinyoung and placed side dishes on his plate. Han Hye Jin asked, “Are you really an only son? It doesn’t seem like it based on your actions.” 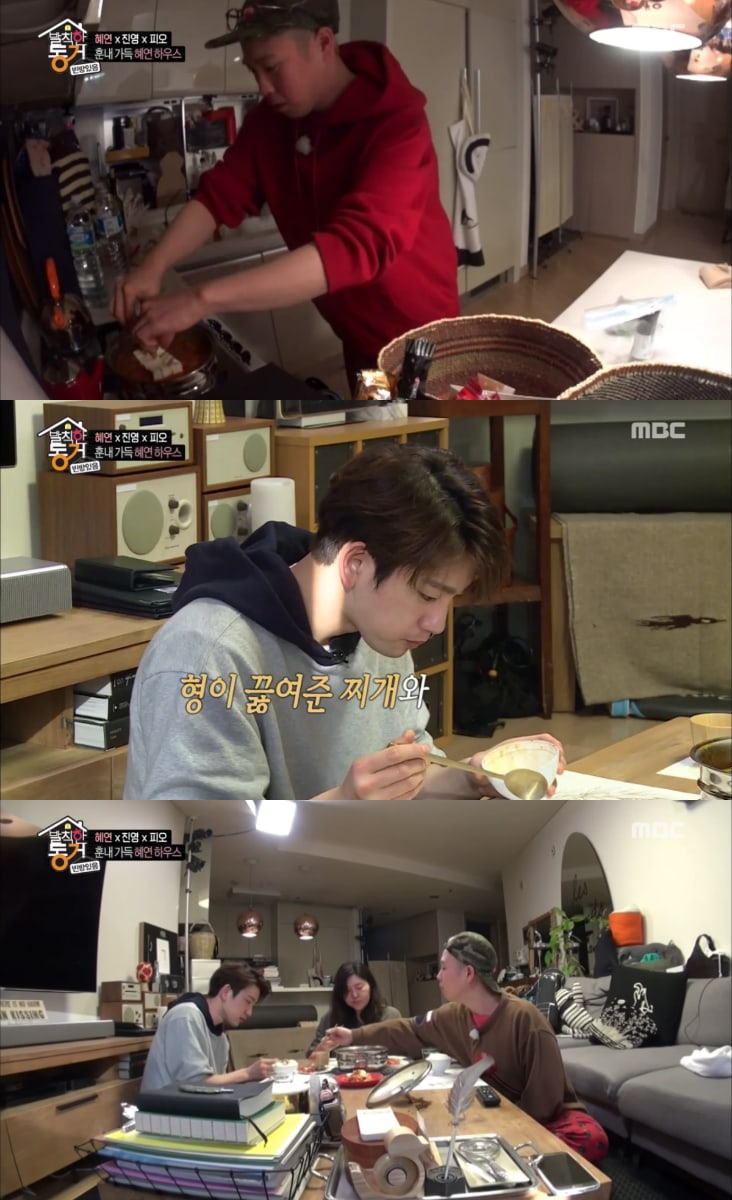 After taking a few bites, Jinyoung said, “It’s been so long since I ate breakfast with people like this.” When Han Hye Yeon asked how he usually eats breakfast, he replied, “I always eat kimbap alone like this,” and held up an imaginary roll of kimbap. He added, “Honestly, it’s like that for us.” P.O nodded, alluding to their busy lives as idols.

P.O got up to get more rice for himself and asked Jinyoung if he wanted more as well. After he brought back a new bowl of rice, he took one spoon then gave the rest to Jinyoung. He then smiled as he watched Jinyoung devour his meal.

P.O later said in his interview, “When I saw Jinyoung continuously eating the stew, I felt what mothers and grandmothers must feel, the feeling of being full without eating.”

GOT7
Block B
Han Hye Yeon
P.O
Jinyoung (GOT7)
Insolent Housemates
How does this article make you feel?