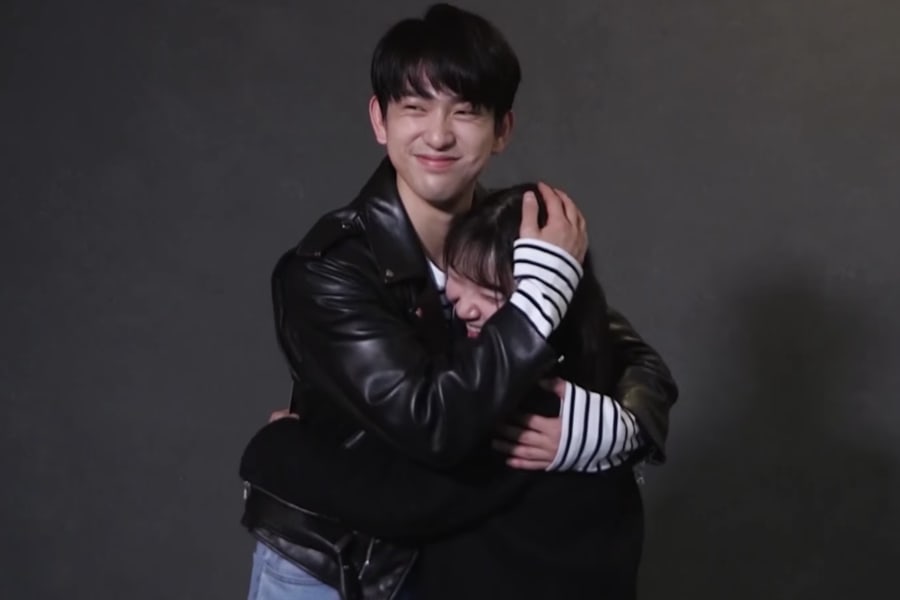 GOT7 member Jinyoung surprised a lucky fan by lending an ear and a smile in the latest episode of Dingo Studio’s “Happy Photo Studio” series.

Jinyoung hid behind the counter of a cafe then walked over to the unsuspecting fan with an iced Americano. After checking to make sure she was Kim So Ra, he explained to her that a friend of hers had sent a request to ask Jinyoung to listen to her concerns. 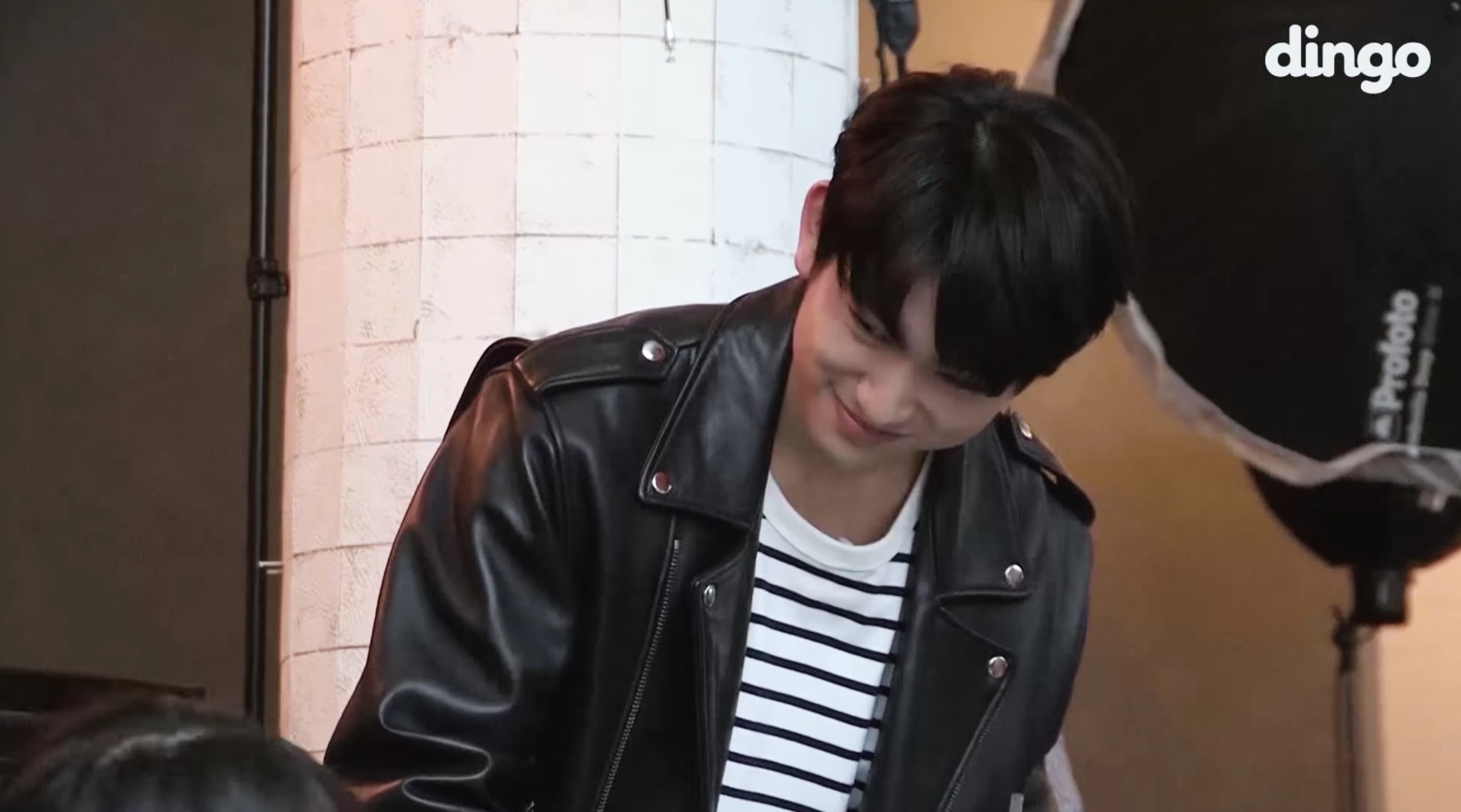 The fan introduced herself and said she had turned 24 (in Korean reckoning). When Jinyoung asked her if she gets told she has a youthful face, she admitted that it was a cause of stress for her. She became emotional as she said, “I began working when I was 19 years old, and people looked down at me asking if I knew how to do anything at a young age.”

When she began to cry, Jinyoung reassured her by saying, “It’s okay. It’s okay. Speak slowly.” He got up to get her a handful of tissues and said, “Let’s cry for an hour and a half today. Use all of these.” 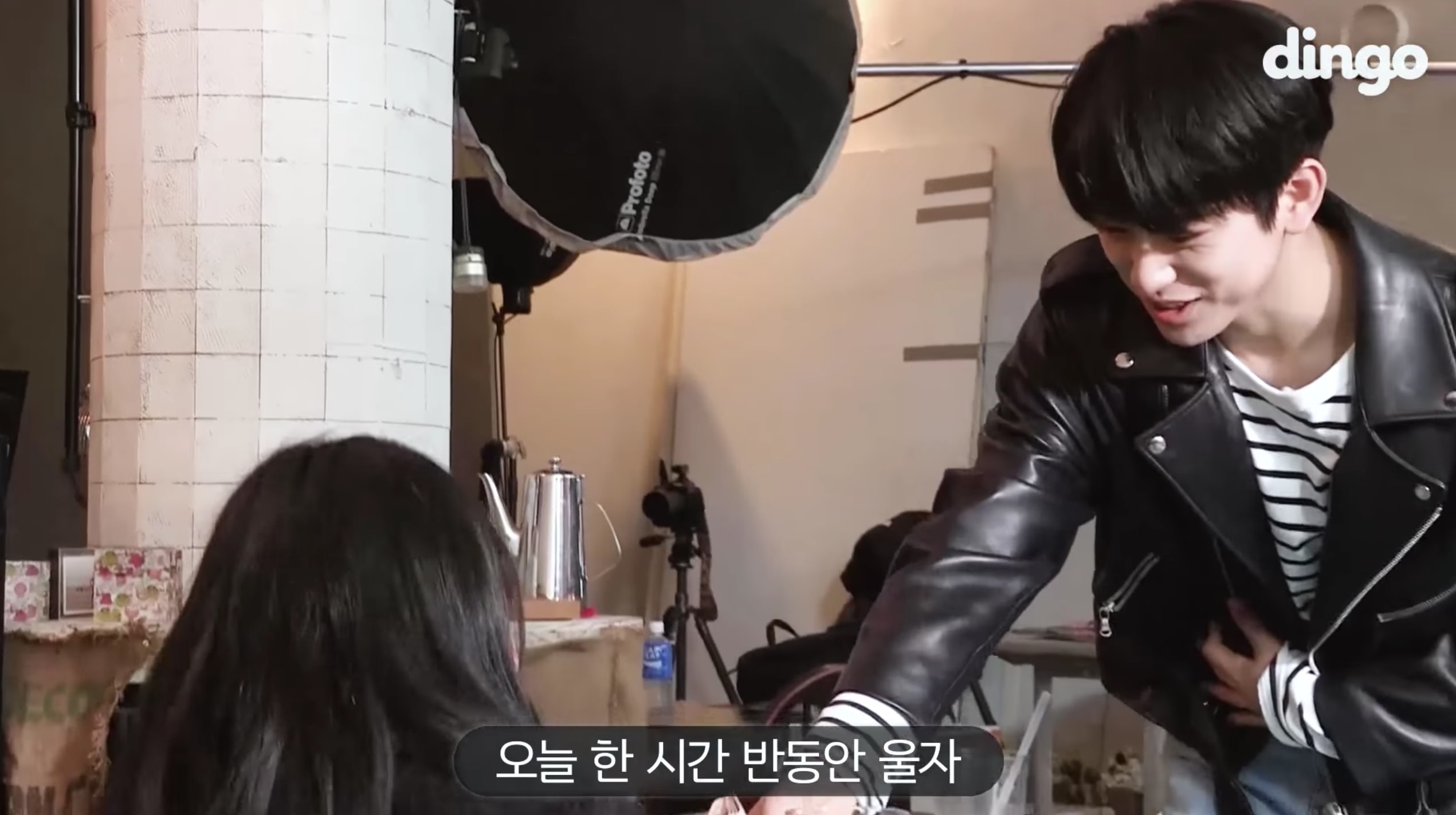 The fan opened up to Jinyoung about giving up going to college after her parents’ divorce and entering the workforce right away. She listed her various part-time jobs at a karaoke, internet cafe, barbeque restaurants, cafes, and offices. Choking up, she also told him about the times she was criticized not for professional reasons, but due to the personal opinions of people at her work.

Jinyoung told her it was okay and gave her some advice. He began, “I think you can ignore things said by bad people. People don’t really remember the things they said that hurt others. After some time passed, I said to a friend, ‘My feelings were hurt. What do you think?’ and they asked, ‘I said that?’ People can’t really remember how they acted towards the victim.” 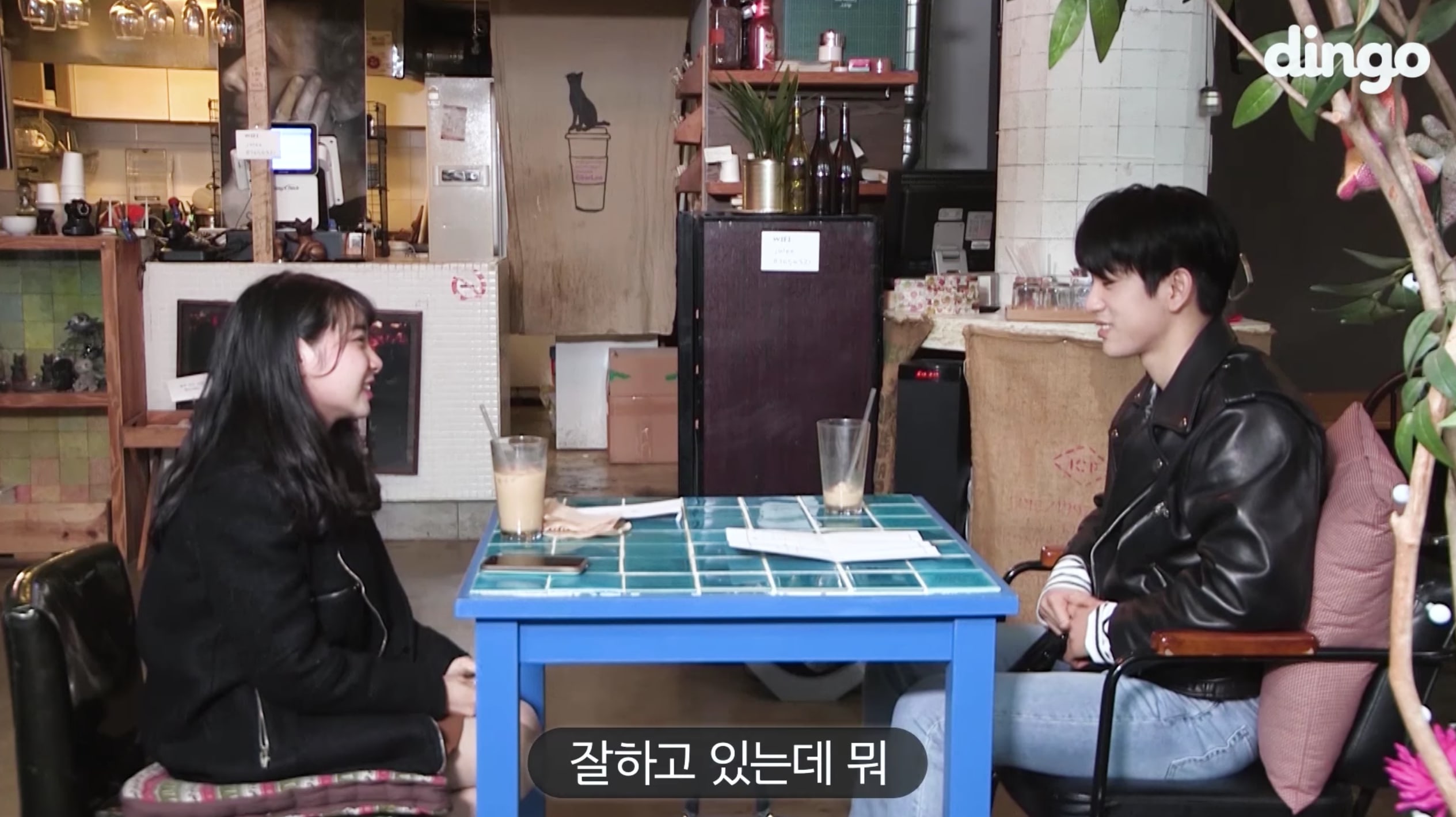 He continued, “I was on set and this person said, ‘Everyone here is doing a good job, but Jinyoung, I think you need to do better. You’re really not doing well,’ in front of 20 to 30 people. This happened three or four times by the same person.’

Jinyoung said, “At first, I wondered, ‘Why is this happening?’ I cried under the blankets and got my feelings hurt. But then, I made the choice to let it go in one ear and out the other. If I just let it go out one ear, then I become okay later. If you become intimidated by their wrongfulness, then you lose.”

At the end, the GOT7 member gave her books that gave him lots of strength as well as candy and a bouquet of flowers in celebration of White Day. He then took her photos for her to put on her resume and gave her a big hug. He concluded, “You did well, and you’re going to continue to do well.” 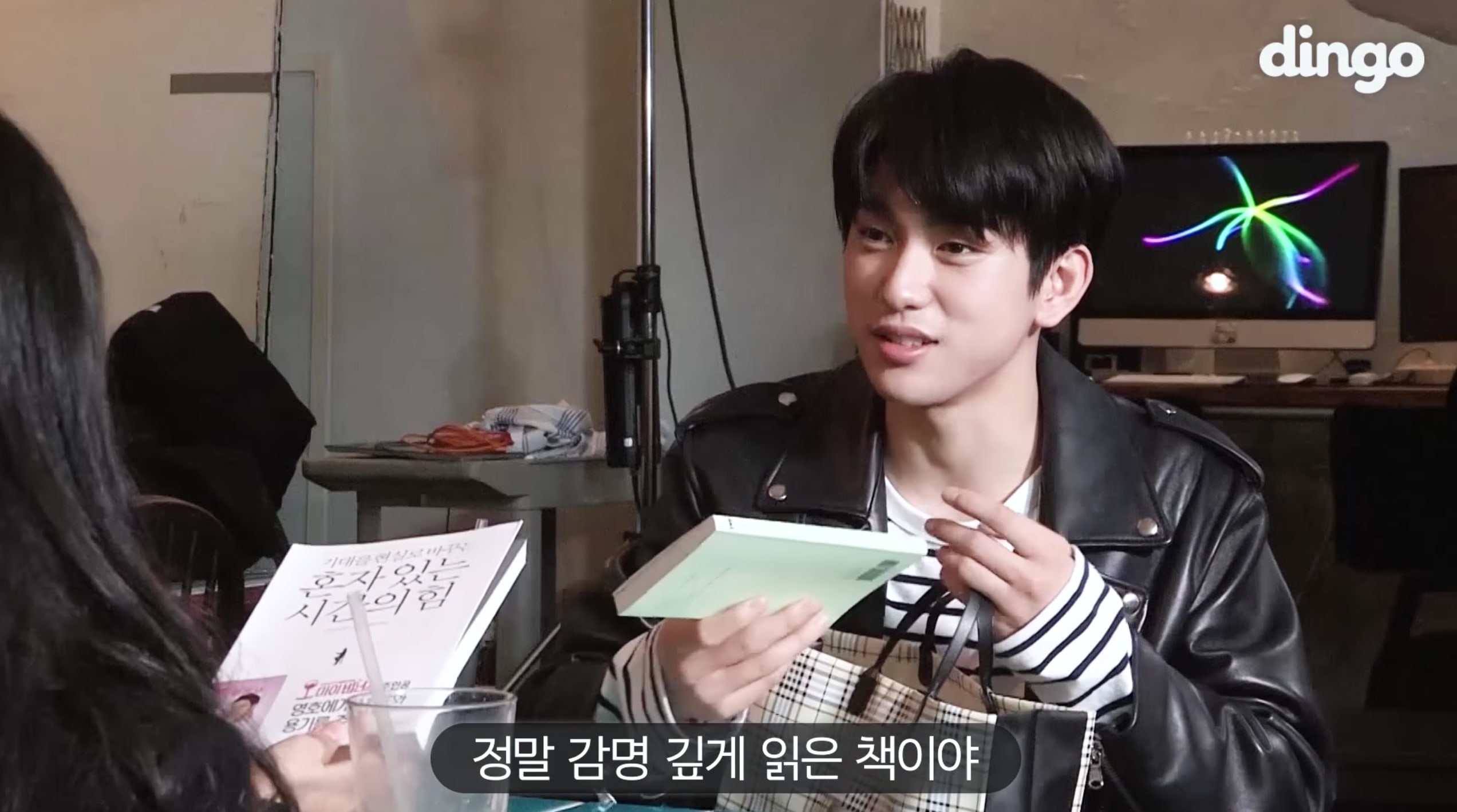