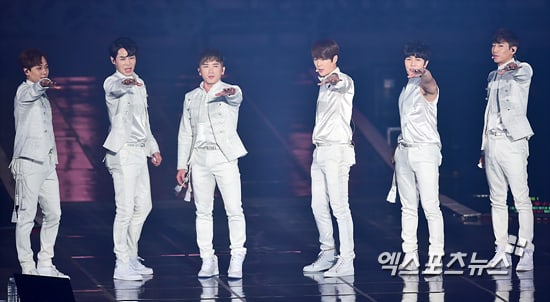 Shinhwa had nothing but love for their fans when talking about being together as a group for 20 years.

On March 25, Shinhwa held a special press conference ahead of their “All Your Dreams” fan party. When asked how they felt about reaching their 20th anniversary, leader Eric was the first to reply as he said, “I think it was only possible because Shinhwa had Shinhwa Changjo [Shinhwa’s official fandom name] and all of the staff who have helped us. I’m very proud because this anniversary has been one that we can all celebrate together.”

Lee Min Woo stated, “We’ve spent 20 years together, and I want to sincerely thank my fellow members and Shinhwa Changjo. Looking back on the past 20 years, every moment feels so precious and is something I’m grateful for.” Kim Dong Wan also added, “I want to thank Shinhwa Changjo for staying with us for 20 years. Sometimes, we were lacking and not at our best, but you kept showing us your support and I’m grateful for that. I believe that we were able to keep Shinhwa alive because you never left us.”

Jun Jin spoke up as he said, “Memories started flashing before my eyes when I was watching our old videos. We’ve met so many people and learned so much from them to come here. We will continue to stay together and keep working like we’ve only just begun.” Shin Hye Sung said, “Just being together for two decades is an emotional and proud achievement. I want to thank Shinhwa Changjo for watching over us for 20 years.”

Andy also stated, “Though things were hard at times, even all of those moments have become memories to look back on for us. I want to thank my fellow members. Most of all, I believe we were able to reach our 20th year together because of the support of Shinhwa Changjo. I sincerely thank you. We will continue to be a group that does their best.” 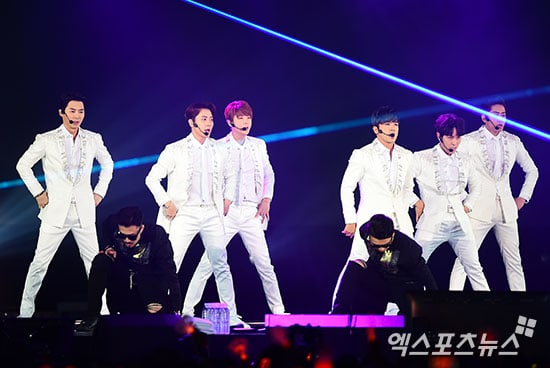 With so much love for their fans, Shinhwa was also asked what their fans mean to them, and Eric responded, “In the past, we were idols to our fans whose every word had a big impact on them, but along the way, I feel like we’ve shed that Superman-like status. Instead, we find ourselves leaning on Shinhwa Changjo for support now. It may be because we’ve shared our pains and overcome hard times together, but they feel like family now.”

Lee Min Woo shared the sentiments and added, “Our fans have aged with us. Seeing them starting their own families and living happy lives makes us feel so happy and proud. Just like how the six of us are a family, our fans are also part our family too.”

Shinhwa is holding their 20th anniversary “All Your Dreams” fan party this weekend from March 24 to 25 at the SK Handball Stadium.

Shinhwa
XPN
How does this article make you feel?