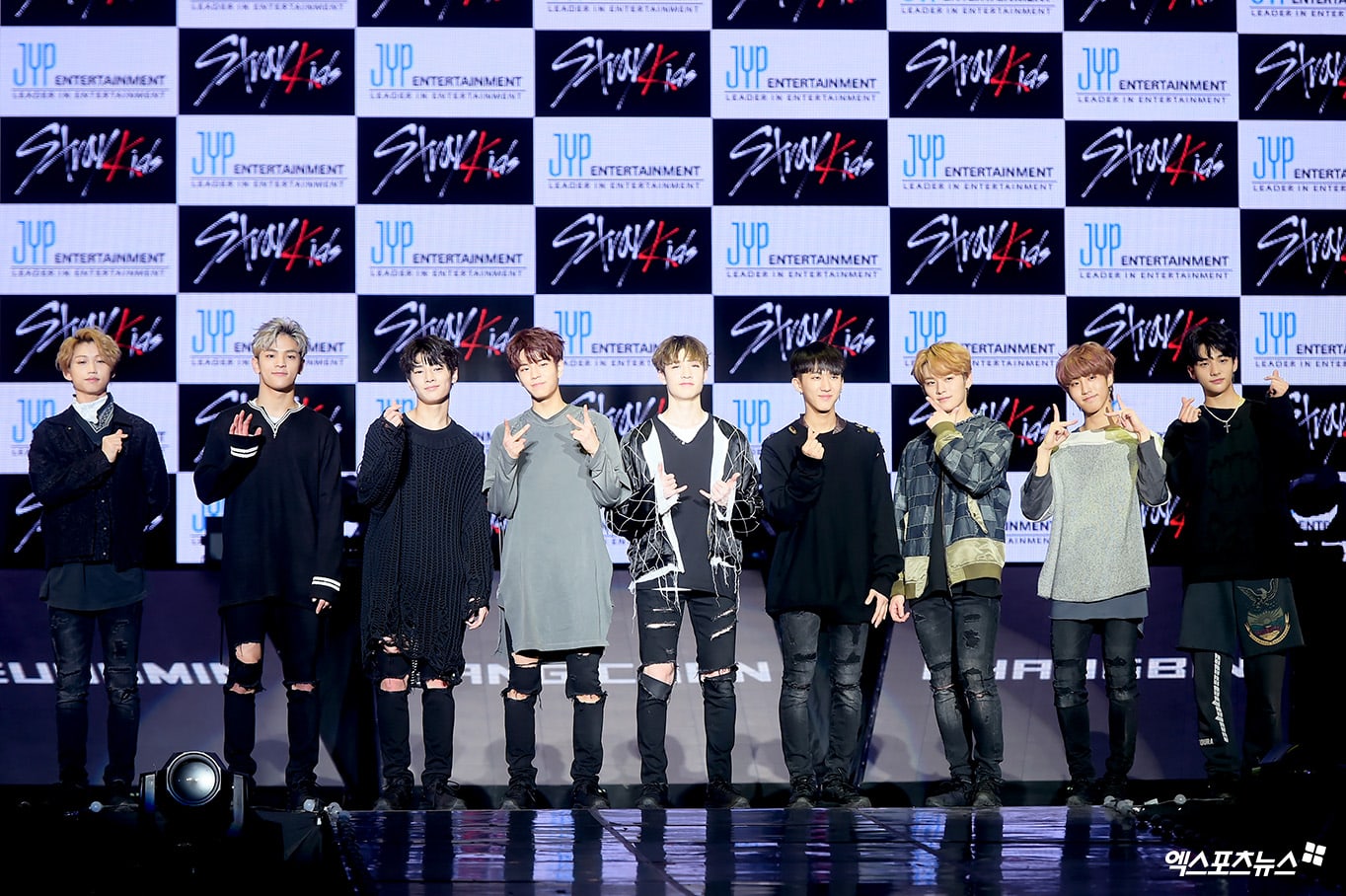 On March 25, Stray Kids held a showcase to celebrate their debut album “I am NOT” and touched upon a variety of topics while expressing their excitement and gratitude to be debuting.

Stray Kids is JYP Entertainment’s newest boy group and was formed through a survival show, where they showcased their talents in composition, lyric writing, producing, and performance planning. Their new album “I am NOT” has a total of eight tracks, all of which were written by the members themselves.

Though they looked nervous as it was their first showcase, the members of Stray Kids were sincere and serious when talking about their musical direction and identity. Leader Bang Chan stated, “It feels like a dream come true to be debuting. We wanted to reflect the thoughts of teens, our age group, in our music and we tried to incorporate a lot of those stories in our debut album. We want to share our stories with the public.”

He continued to talk about how Stray Kids hopes to differentiate themselves as he added, “A lot of groups these days compose their own music, and that’s what we do as well. We’re trying to differentiate ourselves in the music genres, styles, and messages we want to convey. We’re putting all of our sincerity into our music.”

Seungmin stated, “We all participated in composing and writing lyrics for all the tracks on the album. We’re aiming to differentiate ourselves by putting our stories into all of our songs.”

The members also shared what advice Park Jin Young gave them. It has been said that a tradition in JYP is for Park Jin Young to share a meal with a group before they make their debut. Woojin stated, “We’ve eaten with him twice. We ate with him once during the show, and once after the show. He told us that there are three things he hopes we never lose, and those were honesty, sincerity, and humility.”

Stray Kids” will be releasing their debut album “I am NOT” on March 26 at 6 p.m. KST. Check out the teasers for the album and their title track “District 9”!

Stray Kids
Park Jin Young
XPN
How does this article make you feel?